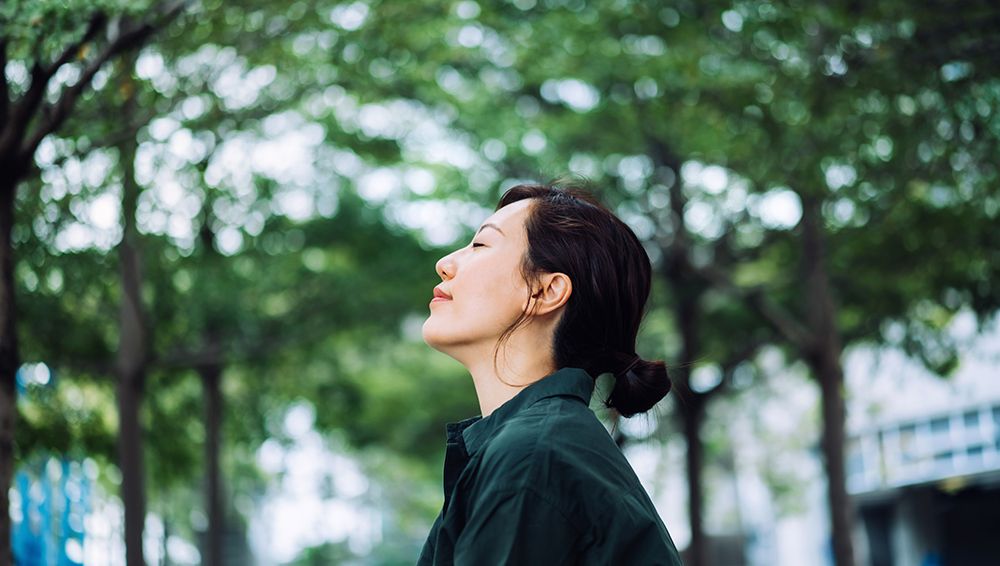 We have all experienced wellness while walking in nature. Is this impression confirmed by science? How does the natural environment affect the brain? Answer by Michel Le Van Quyen researcher at INSERM.

Affected by the lack of nature during the first confinement, INSERM researcher Michel Le Van Quyen became interested in scientific research on the beneficial effects of nature on our brain. Guest on the program “La Terre au carré” by Mathieu Vidard with Camille Crosnier, he shared his results.

In large cities, the risk of psychiatric illnesses, mood disorders and anxiety increases by 30%.

A large Dutch study in 2009 reviewed 350,000 people’s medical records. She found that good health, and especially good mental health, decreases with the distance from home to city parks. In addition to 400 meters, there is a greater risk of psychiatric illnesses.

Mental health, but not only

These findings have been confirmed by a US study from the University of Chicago, which goes even further and secures it the more trees you have nearby, the less you have cardiovascular disease, diabetes and taking antidepressants.

Tokyo Medical University has been very interested in the effect of forests on the connection between forest and immune system. This goes through the smell of resinous trees (limonene, terpenes, etc.). Researchers have shown that they act on NK cells (natural killer cells), which kill diseased cells in our body, such as those infected with viruses or cancer cells.

The amount of NK cells increases by about 50% when going on a day trip in a forest!

In 2015, a study of 3,000 children in Barcelona. Each day, the children’s degree of exposure to natural landscapes was measured.

After a year, the researchers realized that the children most exposed to natural environments were the ones with the best working memory.

How does it work?

When we walk around, we forget the technology a bit. Letting nature come to you already has very beneficial effects on mental health. Moreover, during a Japanese experiment, when we showed pictures of nature to a person, his brain calmed down.

According to the researchers, this tranquility could be explained by the fact that it is newer to live in the city – it is only 200 or 300 years old. And this Modern life requires a great deal of effort to adapt, which generates stress. This is why immersing ourselves in nature would reassure us.

An effect on our other brain

When gardeners dig their soil, they often evoke a kind of euphoria. According to some researchers at the University of Bristol, this euphoric effect would be induced by contact with certain bacteria such as e.g. Mycobacterium vaccae. Absorbed through the skin or by breathing, they will be integrated into our intestinal microbiota. This bacterial plant produces neurotransmitters such as serotonin, which have a strong antidepressant effect.

Another study, published in the journal Science and coverage of 3,000 people showed that most of the time we thought about things that had nothing to do with what we were doing. Very often these thoughts are negative.

On the other hand, if you are in front of a window, if you look at the sun or nature, it prevents you from pondering.

Your attention is focused on the environment and allows the brain to regenerate. This is one of the phenomena that explains the beneficial effect of nature.

Finally, another study showed that mental health problems are generally less numerous at sea than inland. The sea is a calming element. The amygdala is a structure that since the dawn of time has been programmed to respond to the fly, at every unforeseen sign.

So being in front of an extremely calm structure calms it down and allows you to enjoy the benefits of the environment. In addition, blue is a particularly favorable color for creating states of well-being.

Michel Le Van Quyen, research director at Inserm, works in the biomedical imaging laboratory. (LIB) Author of The brain and nature, why we need the beauty of the world (Flammarion Editions)