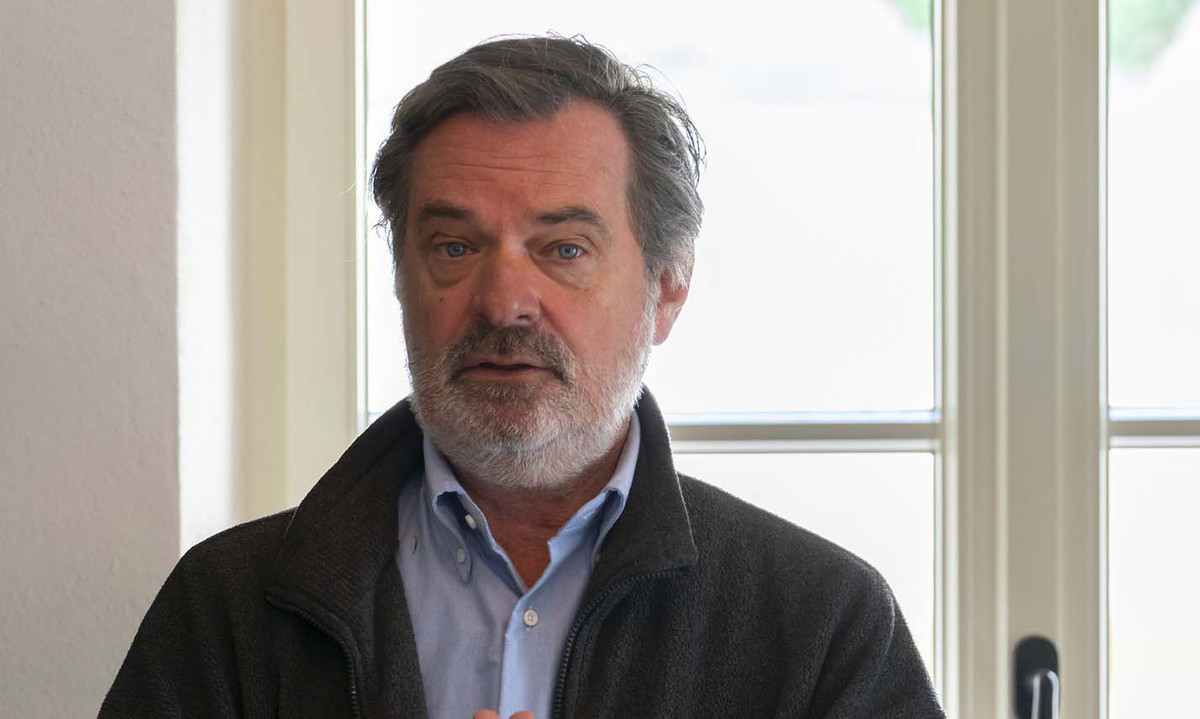 Created in Canada, the University of Nature pursues the goal of uniting humans with nature. Its approach is “positive”, explains Hubert Mansion, its founder, in an interview with Paperjam: it consists in showing nature’s contribution to human physical and mental health. With the idea of ​​re-learning to love and identify with nature is the most effective way to bring individuals to contribute to the ecological transformation. Training paths in the forest are thus organized for this purpose, especially in Luxembourg.

Two conferences organized by the University of Nature will take place this week in Luxembourg. On Monday night, Hubert Mansion will present eight ways to talk to young people about nature, knowing that the younger generations are the first victims of eco-anxiety. Thursday night he will explain how to bring nature into buildings during a conference on “biofilt design”.

What is the university’s work in nature?

Hubert Manson. – “The University of Nature offers a new pedagogy for ecological change. The current problem with ecological conversion is that the approach is very negative: we are always talking about the impact of humans on the degradation of nature. It’s a view. But there is another, ours: that is what nature does to humans. We have a much more positive approach to nature.

People protect what they love, so that’s the first thing to do: re-establish sensitive contact with nature.

You have developed a principle, “reconciliation” …

“It is about increasing the affect in relation to nature. One thing is to increase knowledge about how nature works or man’s influence on nature. But it is something completely different to develop an affect, a true love of nature. People protect what they love, so that’s what needs to be done first: re-establish sensitive contact with nature, and not just contact of a scientific and problematic nature.

How do you achieve this Atonement?

“We have created an activity called (Re) connection Nature. We take groups to a forest for three hours. And we explain to them how nature affects them. The activity has been tested and validated by McGill University. Researchers followed what happens in the participants’ bodies during the activity, minute by minute, for three hours.

I am not, as Western culture has argued for two millennia, different from other living beings.

It is an activity that has a real impact on the body, but also on our relationship with nature. What we most often hear after the activity is: ‘I will never look at nature in the same way again’. When you hear that, the goal has been reached. To see nature for what it is and not for what one thinks it is, develops what we call ‘environmental identity’. However, most of the research in environmental psychology shows that the key to sustainable behavior is not to consider oneself different from one’s natural environment. And in fact, there are many similarities between plants, animals and me. I am not, as Western culture has argued for two millennia, different from other living beings.

You also need to train your guides …

“We also provide teaching. On the one hand, to train the guides who subsequently follow these people in the forest. And on the other hand, to accompany the ecological transition by explaining in detail the philosophical, historical, anthropological aspects of our interruption of nature. For it is important to start by understanding why we have come to this before moving on to action. In fact, it is our western culture that has separated us from nature.

But nature is the cradle of humanity: humans are born in nature and have spent 99.9% of their historical development in nature. It is made by and for nature. And when he returns to nature, something very deep happens.

Humans are born in nature and have spent 99.9% of their historical development in nature. It is made by and for nature. And when he returns to nature, something very deep happens.

Can you give examples of the impact of nature on humans?

“The impact on nature in the city has been extensively studied since the 2000s. Epidemiology has thus shown that people living in a ‘greener’ environment, for example, benefit from better cardiovascular health than them. , living in a more ‘gray’ environment.

And besides the nature in the city, what is the impact of the forest on the individual?

For example, two consecutive two-hour walks in the forest increase the number and activity of anti-cancer cells by 50% and 56%, respectively. Which is still measurable a week later. And a 90-minute walk in the woods reduces the risk of anxiety and depression, which is not the case for people who went to town in the same study.

During imprisonment, people who had access to a green area had fewer mental health problems than others.

You ensure that science is the core of your approach …

“We have a position that is exclusively scientific. We rely on our scientific database, which I believe is the largest database in the world on the impact of nature on humans. We have thousands of studies covering physical, psychological, cognitive and social health. This is our basis of work.

Many people think that it is good for your health to get fresh air and exercise. But scientific research today goes much further than that. Since the 1980s, week after week, it has demonstrated an incredible impact on a whole range of pathologies, both physiological and psychological. “