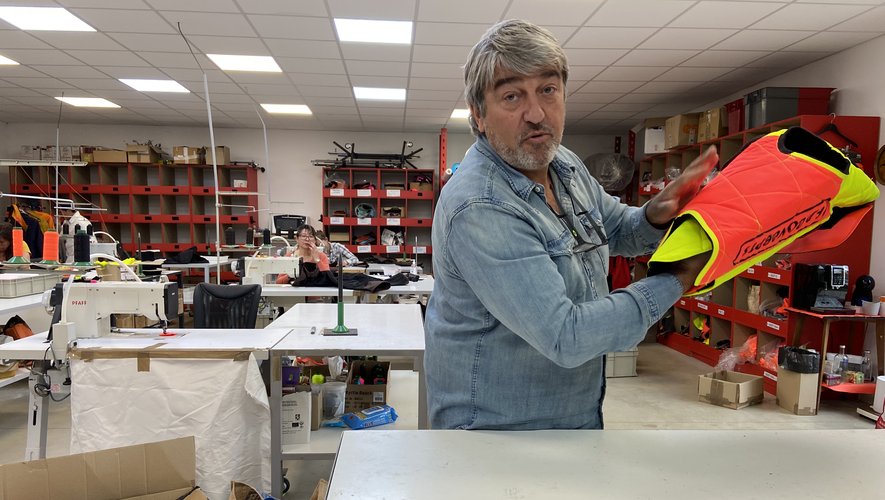 the essential
FP Concept in Lézignan specializes in the manufacture of equipment to protect dogs from boar tusks and employs 10 people and plans to relocate to expand.

This is called a niche business. A small market that meets the expectations of a very specific clientele, not yet or insufficiently utilized. But despite the big eyes of his relatives and his various interlocutors, Franck Pagès immediately believed in his idea: to make protective vests for hunting dogs to prevent them from being injured, or even fatally hit, by a load of boars.

“If you want to do it, do it, but there are other priorities”

To understand his thinking, dive into his career, nurtured by family experience: “I started with my father, who headed Technique et sécurité, a company for protective gloves. I followed him when he retired, before we merged with Espuna, “he said. At the time in charge of research and development as an employee, Franck Pagès became interested in a local demand that was, to say the least, atypical, mediated by Claude Mazet, a key figure in the city in terms of hunting and fishing: “He said that there was a real need for protective vests for dogs.We were in 2008: I can still see myself at that time proposing their design to the director of the factory.He said to me: I can see that you have eyes that shine; you will do it, do it, but there are other priorities ”.

The evening after work, Franck Pagès and a textile engineer will look at the subject, measuring dogs of different breeds and studying their morphology. But the idea has been put on hold, in the absence of a real business project around the matter. “In 2016, after the change of management in Espuna, I decided to start: it was the year of my 50th birthday, now or never”. The FP concept had thus just been born in a workshop that had only the name, imagined in the barn of a vineyard between Luc-sur-Orbieu and Ferrals-les-Corbières. With him, an employee recruited through Pôle Emploi: “I cut and she collected”, remembers Franck Pagès. From fair to fair rewarded word of mouth soon the sum of the efforts made to bring a company on track that has since been flooded with orders! No less than 1,400 dog vests, made of polyethylene, the same fiber that fencers use, but also 300 pants or overalls for the sticks that protect them from vegetation, come out every year from the workshop where ten people are employed: “It’s very simple , the annual progression is between 20 and 30% .We can not grow too much, because even though Pôle emploi has helped me a lot, we have to recruit, train … ‘a snap with the fingers’.

The ransom for success based on quality, tailored (35 different sizes, adapted to each breed so that each dog is effectively protected while remaining comfortable), listening, advice … To such an extent that many hunters from all over France prefers FP concept products, admittedly more expensive (a vest costs around € 300), over foreign competitors. With his son Rémi, a salesman, Franck intends to go a little further, while maintaining the human dimension: “I would like to hire five to six more people, but I can no longer stay in these premises, which have been too small”.

Therefore, a relocation is planned in Lézignan, in the Caumont area, near Pôle emploi: “The building permit for a 350 m2 building will be submitted in the coming days. The current situation is not very good. In light of the construction costs but there will be I would like to settle down at the beginning of next year, ”he hopes.