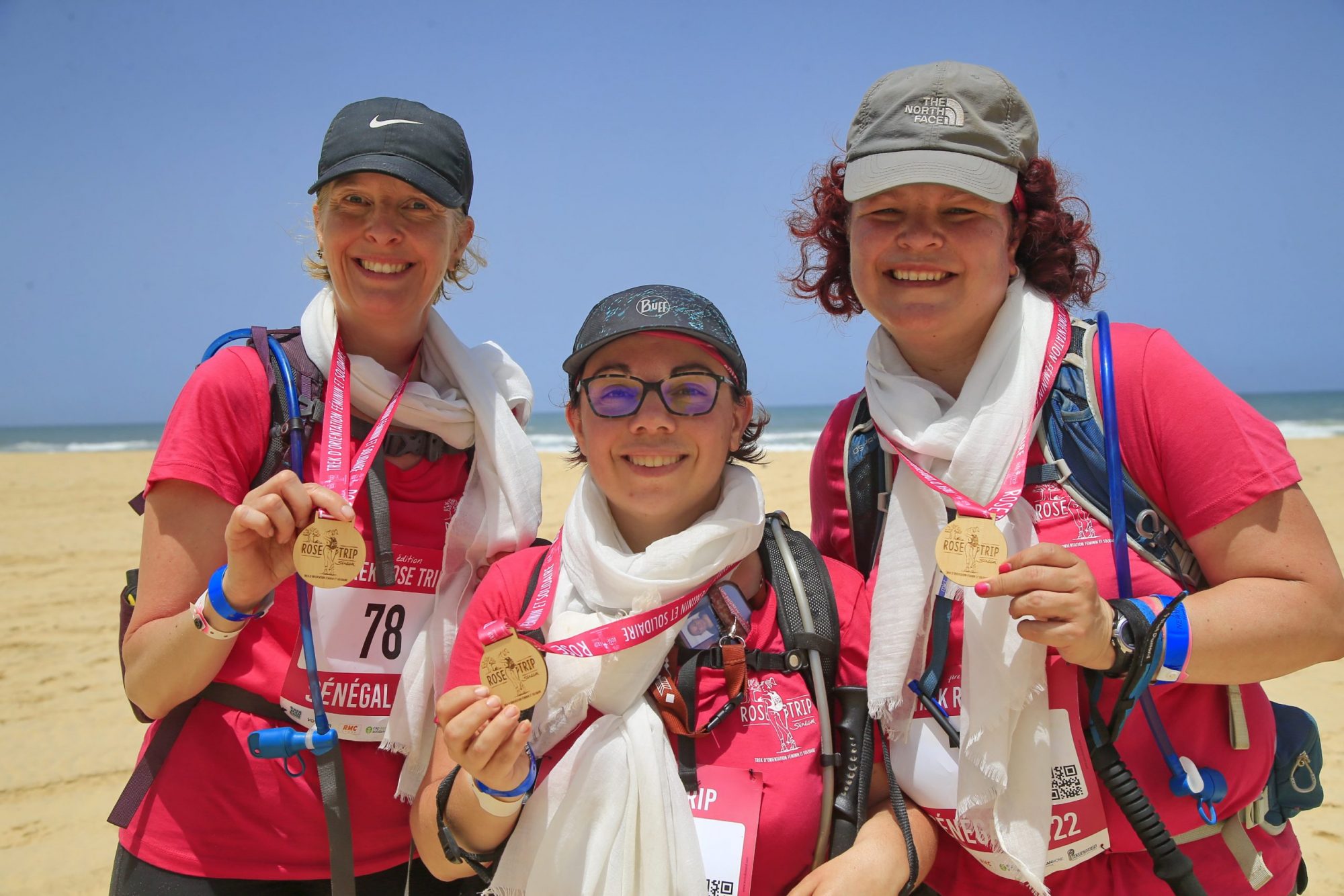 In addition to self-fulfillment, the unforgettable experience they have had, Nord-Côtières Sans Limites has especially learned during the Rose Trip Senegal trek the importance of respecting their own boundaries.

And these limits were tested from the first day of the adventure in the Lompoul desert in Senegal. Nord-Côtières, Marilyne Bérubé-Lapointe, Véronique Morneau and Geneviève Dion tried to calculate their course to get to the first beacons. Compass problems caused by interference cost them valuable time.

While looking for the 12and beacon, their third on this endless day, the hikers crossed paths with another team that was in their 12and of the day out of 15. Nord-Côtières had therefore fallen significantly behind. Heat, hunger, pain and blisters on their feet, completely drained, they made the wise decision to end their journey for the day.

They rolled up their sleeves for the second day, despite the unbearable heat. “We left at 8 and 15:45, we were at the bivouac, all the beacons made, we had time to eat dinner, we walked 16 km, and we arrived tenth (out of 60),” says Ms Morneau.

The third day was considered the hardest in the dunes. It took place for Nord-Côtières under signs of mutual aid.

“With the first day we experienced, we would have liked help. Geneviève helped and lady. Her team was on top of the dune and she was struggling to get up, she kept falling. Geneviève handed her her walking stick so she could reach the top, ”adds Véronique Morneau.

The humanitarian side of the adventure

The trip ended with the solidarity event, which this year marked the 30thand the anniversary of the pink ribbon against breast cancer. A 10 km walk in the desert and on the beach along the Atlantic Ocean.

The funds they raised during their fundraising campaign were used to participate in the hike and to make donations to organizations supported by Rose Trip. They will donate the remaining amount to an organization that supports women in the region.

“We had completed our budget by the end of November, but we continued to raise money to be able to give back as much as possible,” says Geneviève Dion.

At the end of their journey, an honor guard was waiting for the participants, who received a symbolic medal marking their participation in the hike.

“When you receive your medal, it is the culmination of all the sacrifices you have made during the year to get there,” Ms Dion said.

“It’s the achievement, the pride. It’s the year we’ve just been through, and with this honor, it’s the end, the culmination,” Mrs Bérubé-Lapointe also supports.

And Véronique Morneau adds, “and it’s just an ordinary wooden medal, but that’s the meaning it has for us”.

And since it was the first edition of the Rose Trip Senegal trek, Marilyne, Geneviève and Véronique will always be able to consider themselves the pioneers of Rose Trip Senegal and can now use the motto “one day pink, forever pink”.