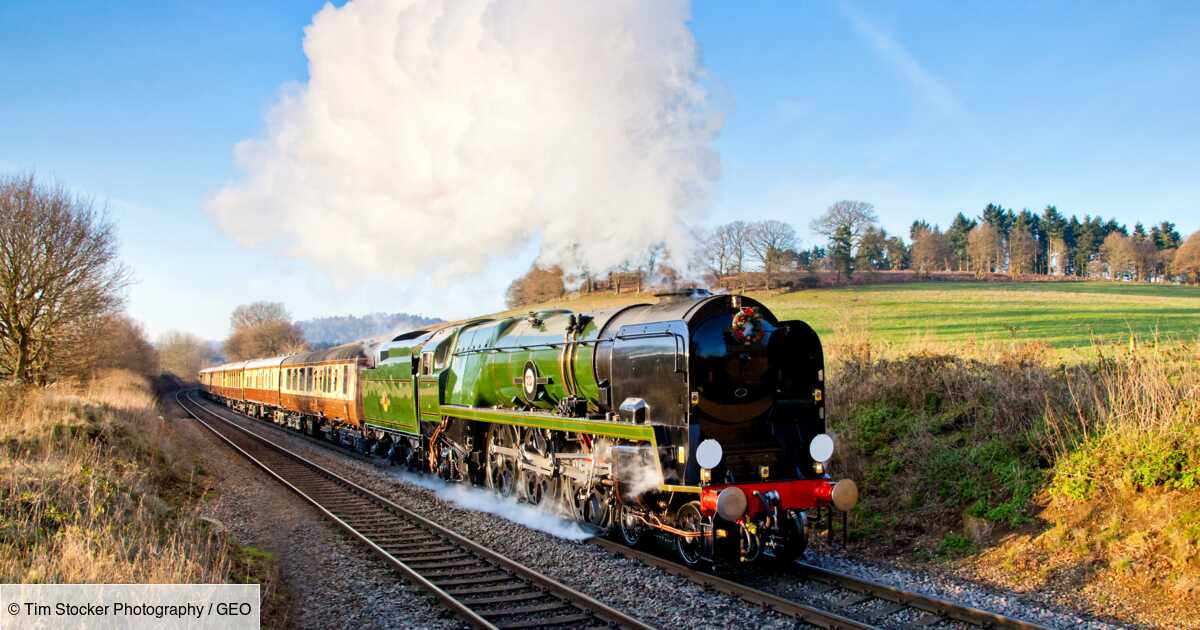 The best train journeys in the UK

In the selection of the most beautiful train journeys in Europe according to Condé Nast Johansen’s guide, Great Britain scores many points, with 5 of the 12 selected journeys crossing its territory. Starting with the West Highland Line, in Scotland, which runs from the ports of Mallaig and Oban, in the Scottish Highlands, to Glasgow. Passengers lucky enough to travel with the two prestigious trains on this line, Jacobite and Royal Belmond Scotsman, will be able to discover landscapes between moors, lakes and ruined castles. Bonus: the Jacobite takes the Glenfinnan Viaduct, well known by Harry Potter fans.

Let us also mention the direct train journey between London King’s Cross station and Edinburgh Waverley station operated by the London North Eastern Railway (LNER) in just 4 hours and 16 minutes! Sit on the right side of the train to admire the suburbs of London and catch a glimpse of the majestic York Minster.

Another British must-do is the steam train that crosses the North York Moors National Park from Whitby, England. Inaugurated in 1836, this line of the North York Moors Railway makes a very specific stop at Goathland Station, as we see in the first film Harry Potter as Hogsmeade Station.

In Wales, the Ffestiniog Railway is a top tourist attraction offering spectacular views of Snowdonia National Park. Landscapes with rivers, waterfalls, forests and other mountains are mixed with sights such as the port of Porthmadog or the former shale mining center Blaenau Ffestiniog.

Finally, the line between Derry (or Londonderry) and Coleraine, which follows the River Foyle in Northern Ireland, crosses landscapes of cliffs, such as those in Downhill, small towns and wild areas.

Two train journeys highlighted by the guide Condé Nast Johansens cross France, starting with the famous Venice Simplon Orient-Express, which connects London and Venice and which you can board in France, in Paris.

The editors of the guide also mention the Ligne des Cévennes, between Clermont-Ferrand and Nîmes. This train line was inaugurated in 1870 and crosses more than 100 tunnels and a thousand bridges, the most impressive of which is certainly the Chamborigaud viaduct, which is over 46 meters high. From the wild landscapes of the Cévennes to the vineyards of the Auvergne and the Allier river, many atmospheres must be discovered on board!

Do you finally want to reach Monaco from Cannes? Take the train that runs the journey in just one hour and passes through Nice! A very nice little walk by the sea awaits you.

The most beautiful train journeys in Italy, Spain and Portugal

In Portugal, Linha do Douro, departing from the city of Porto, won the hearts of the editors of the guide and took them to the beautiful Pinhão station, with its walls covered with azulejos. In Spain, the Transcantábrico, the oldest tourist train in Spain, promises a luxurious trip to Santiago de Compostela, along the northern coast of Spain, along the Bay of Biscay. Among the notable stops, the Guggenheim Museum in Bilbao or Santander. The train sometimes stops at the Picos de Europa National Park, a UNESCO Biosphere Reserve.

If you are planning to visit the north of Sardinia, board the Trenino Verde, the “green train”, for a panoramic and picturesque tour of the region. Still in Italy, know that you can connect by train each of the villages of the Cinque Terre, namely Monterosso, Vernazza, Corniglia, Manarola and Riomaggiore. Without a doubt the fastest and most convenient means of transport, with the added bonus of a pleasant journey along the coast.

>> Create your tailor-made trip to Greece with our partner

Experience the tailor-made tours from our partner:

What is the longest distance you can travel by train in 24 hours?

In the Pyrenees, the Yellow Train flirts with the peaks