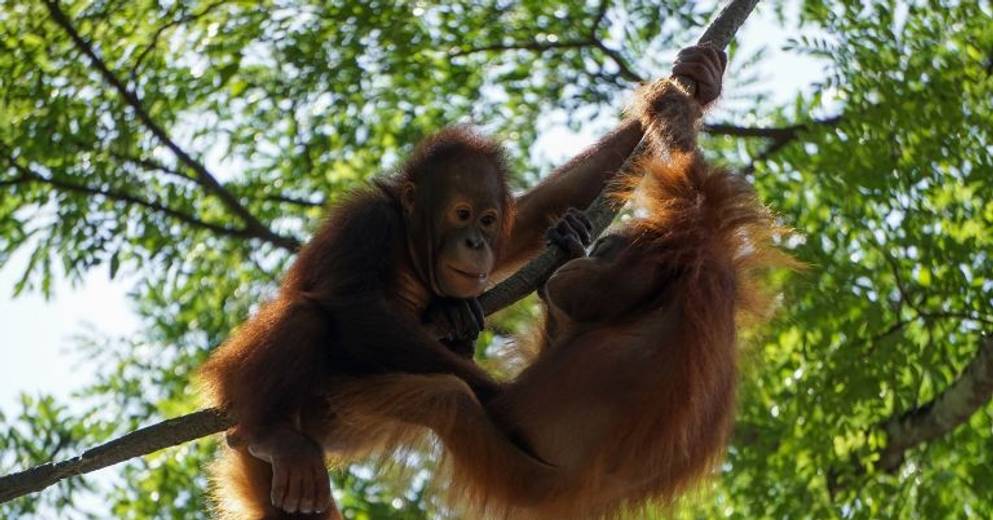 Climate change will force many animals to flee their ecosystems to more habitable countries: By mixing more, species will also transmit their viruses more, which will promote the emergence of new diseases that can potentially be transmitted to humans, a study predicts.

“We present evidence that in the coming decades the world will not only be warmer but also sicker,” said Gregory Albery, a biologist at Georgetown University in Washington, co-author of the published study. Thursday in Nature.

By cross-checking climate models, data on the destruction of natural habitats and the way viruses pass from one species to another, this work draws an even darker trajectory for the planet’s future by 2070. And irreversible, even by limiting warming to +2 ° C, worry the authors.

Their research – more than five years of work – has revealed a mechanism by which ecosystem disturbances and disease transmission are intertwined for the first time.

A total of 3,139 mammal species were taken into consideration – this class of animals is the one that houses a large diversity of viruses that are capable of being transmitted to humans.

More and more wild species are being driven out of their natural habitat, which is deteriorating as a result of rising temperatures, decline in tropical forests, progress of cities and cultivated areas as well as traffic.

They then “emigrate” to new territories that are more favorable to their presence. Where they are more likely to encounter unprecedented wildlife, either natives or refugees.

With this geographical redistribution of ecosystems, more than 300,000 “first encounters” of species could occur, ie double the current potential.

By mixing them for the first time, these mammals will form new communities, breeding ground for new crosses of infections, especially viral.

The study draws a future “network” of viruses that jump from species to species and grow larger as the planet warms. It predicts at least 15,000 viral transmissions between species.

With a central role played by bats: These mammals are actually the reservoir for many viruses, which they house without developing the disease themselves, but which can infect humans through an animal host – “zoonoses” originating in several epidemics such as Sras, Covid-19 or ebola.

Winged, small, fast, they have a great potential to spread all over the planet and thereby infect a larger number of “naive” species – one encounters for the first time.

A more than troubling picture when we know that at least 10,000 viruses capable of spreading to humans are currently circulating “in silence” among wild mammals, the study emphasizes.

How many will wake up and cross the human barrier? Will new families of viruses emerge? The study does not say so, but predicts the areas of the planet where the mix of fauna will be concentrated: tropical Africa, Southeast Asia, in places where the human population will also be closer in 2070. Specifically the Sahel, Ethiopian Highlands and Rift Valley, India, East China, Indonesia and the Philippines. Certain populations in Central Europe would also be concerned.

But the threat is more global, and climate change is so rapid that it “creates countless risky zoonoses on our doorstep,” warns Colin Carlson, also co-author and researcher at Georgetown University.

Which compares the process of shaking a “snow globe”. According to him, it is too late to reverse the trend, but necessary “to recognize that global warming will be the main vector for the emergence of diseases, and to prepare our health systems for it”.