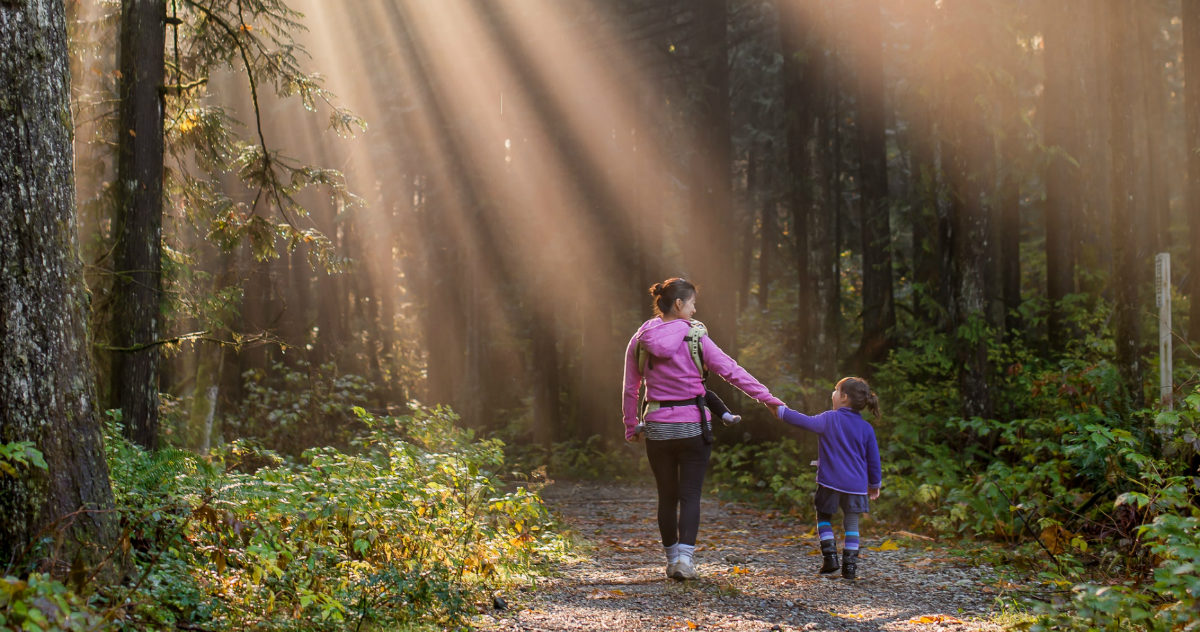 What influence does contact with nature have on our well-being? Why do we need nature? Let’s try to understand.

Walking in the woods or at the edge of a river does us good, almost everyone has already felt it. In 2015, a survey conducted as part of the Fête de la nature by OpinionWay even revealed that 96% of French people who questioned perceived nature as a “place of well-being and rejuvenation”. And we can assume that this number has even increased with the successive periods of imprisonment that we have been through.

So how does nature affect us and improve our well-being? Let’s take a quick look at the scientific knowledge on the subject to find out.

The fascinating power of nature

Two theories explain the benefits of nature on our well-being. The first is called biophilia: Our distant ancestors were born in nature and were able to survive thanks to their environment, hence the fact that man is well in contact with it. But times have changed and we have had time to adapt to a much more urban environment.

Another explanation assumes that we would be fascinated by the beauty of nature, its colors, its shapes, its function. In particular, researcher Caroline Madeleine Hägerhäll argues in a study published in 2015. She shows that the fractal properties of nature, that is, the fact that nature is composed of geometric shapes that reproduce on different scales, promotes relaxation.

So specifically, what are the effects of nature on human psychology?

I do not want to sign up at this time>

To understand is to be able to act.

To help you strengthen your long-term knowledge, we invite you to join our community by subscribing to our weekly newsletter.

The metaphor “vitamin G” or “green vitamin”, “green vitamin” in French, has been used by scientists to pinpoint the benefits of nature on our health.

In Japan, we especially recommend the “forest bath” called shinrin yoku, that is, to go for a walk and enjoy the atmosphere of the forest. Researcher Yoshifumi Miyazaki has studied its benefits. In one study, he compared one group walking in the woods to another in an urban area. As a result, cortisol levels (which rise under stress) were lower for the forest zone group, i.e. the group members were more calm compared to those who walked in the forest zone.

Nature and its diversity of species and landscapes, a factor of happiness

Would living near many bird species promote happiness as much as a pay rise? In any case, this is the result of this study published in March 2021.

We found a relatively strong correlation, indicating that the effect of bird species richness on life satisfaction may be of the same order of magnitude as income. We discuss two non-exclusive avenues for this relationship: the direct multisensory experience of birds and the beneficial properties of the landscape that promote both bird diversity and human well-being.

A rather unusual conclusion that shows that the diversity of species in nature is important for human well-being.

“The happiest Europeans are those who can enjoy many different species of birds in their daily lives, or who live in near-natural environments that are home to many species,” summed up Joel Methorst, post-doc fellow at the German Center for Integrative biodiversity. Research (iDiv) and first author of the report.

Contact with nature to improve concentration and mental health

It turns out that contact with nature is all the more important for children.

According to this study conducted by Aarhus University in Denmark and published in the American journal PNAS in 2019, green areas have a beneficial effect on children’s mental health.

“Children who grew up with the lowest levels of green spaces had up to 55% increased risk of developing a psychiatric disorder, regardless of the effects of other known risk factors,” the authors point out.

Contact with nature will also help children to concentrate better. A study was conducted with children with attention deficit. It turns out that children were better able to concentrate after a walk in a park rather than in the city center or in the neighborhood, for the same duration.

This second study shows this time that children in contact with nature would be less stressed, less prone to hyperactivity, would also have fewer behavioral and emotional difficulties and better prosocial behavior.

A need to reconnect with nature

To bring nature back to the city

For all these reasons, the introduction of more plants into our living space could promote our well-being. In addition, “bisexual design” is increasingly used in offices, residents are calling for the creation of parks and green spaces in cities … According to the same OpinionWay survey, 83% of French people want the protection of nature to take precedence over economic and transport development in their region. Some writers like Lise Bourdeau-Lepage are talking aboutgay quality to denote the fact that man seeks not only his material and immaterial well-being, but also the satisfaction of his desire that nature and the conservation of his environment may contribute to his well-being.

Consider nature, near or far

If you have the opportunity to go in nature, this is ideal. For Mary Carol Hunter of the University of Michigan, a walk of just 20 to 30 minutes already provides well-being.

But it also turns out that the simple fact of looking at nature in pictures or through the window has advantages. In 1984, researcher Roger Ulrich discovered that gallbladder surgery patients he studied recovered better after surgery when they had a room with a view of the natural landscape compared to patients with a window overlooking buildings. Among other things, they needed fewer powerful painkillers and had shorter postoperative stays.

In this complex world that threatens before us …

… We are more determined than ever to decipher and analyze all the major phenomena that affect our society. To put on the front of the stage fact-checked information, based on science, without a priori and without concessions. Giving citizens better keys to understanding and action in a changing world.
In order to provide independent, quality information available to the largest number and without advertising for the new 4 × 4, we believe that information should be free.
But it can not be done without you.

We need you to work with us to build quality information that is free for all, to disseminate it, to share it around you, but also to help us maintain our financial independence.
Each time you contribute, for example, 50 euros (17 euros after tax deductions), 2,000 citizens are better informed about future issues.

Thank you in advance, hoping to continue for a long time to build information worthy of our future,