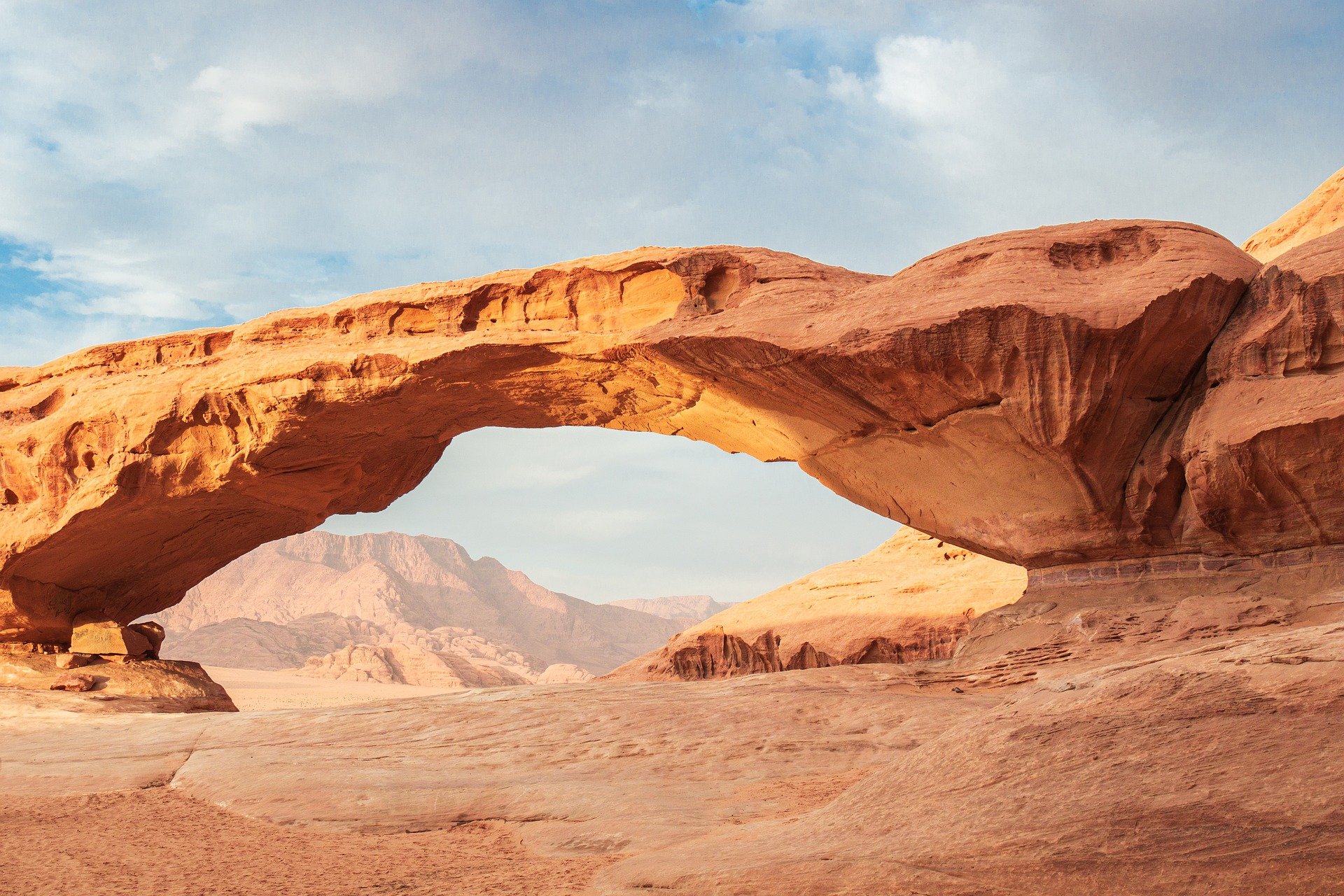 The country, a candidate for the World Exhibition in 2030, intends to invest in the development of tourism to restore its image and attract up to 100 million visitors a year. For this, it can rely on several natural, historical and archaeological assets, such as the fabulous and enchanting AlUla oasis in northwestern Arabia.

Soon a universal exhibition in Riyadh?

After Dubai this year, will Riyadh become the second capital in the Middle East to host the World’s Fair? If nothing has been done yet, Saudi Arabia formalized its candidacy during a grand ceremony organized on March 28, at which the Kingdom unveiled the theme it wanted to present in an attempt to welcome ‘Expo 2030:’ Era of change: Leads the planet to a foresight tomorrow Extensive program, which the Saudi pavilion of the last universal exhibition, unanimously praised for its aesthetics and its futurism, was a foretaste.

Great ambitions for a country that must now convince itself that it cannot be reduced to a vast desert full of oil, with retrograde morality, and whose image is tarnished by a regime often presented as authoritarian. To do this, the great seduction campaign that is coming will in particular be able to rely on Saudi Arabia’s tourist treasures, as little known as they are invaluable.

Arabia, a tourist destination? At first glance, the claim is surprising. However, the country already has a strong experience in the field, because the kingdom of Mecca and Medina has for centuries represented a high place of pilgrimage for Muslims around the world. ” Saudi Arabia is already the 19th most visited country in the world thanks to Hajj and Umrah visitors emphasizes Fahd Al Rasheed, Director General of the Royal Commission of the City of Riyadh.

But it is clear that the country is not yet appearing at the top of the gondola of traditional travel agencies. But that could change, and quickly. Good to know, the country has first and foremost re-established its program for issuing tourist visas to travelers from around fifty countries – including France – and this without the obligation to present a vaccination certificate at the entrance. A lifting of health restrictions, which ” marks the final step in Saudi Arabia’s return to a pre-pandemic level of openness and makes it one of the world’s most accessible destinations for leisure, business and religious travel “, welcomed its Minister of Tourism Ahmed Al-Khateeb, who declared himself” looks forward to welcoming visitors from all over the world who are eager to explore the authentic part of Arabia “.

Far from the clichés, the Kingdom really hides genuine natural and archaeological gold nuggets. Thus the Wadi Rum desert, straddling Arabia and Jordan, a valley whose landscapes of dunes, cliffs, caves and shaped gorges by the elements are breathtaking. Natural arches sculpted in the ocher rock, archeological remains and traces of writings and illustrations engraved in the stoneshas so many attractions worth seeing – some of which testify to a human presence dating back 12 millennia – and that the Arab Bedouins make sure to show tourists passing through, with this tradition of hospitality like no other. . Spectacle and landscape change are therefore guaranteed on the oldest geological layer in the world, classified since 2011 as a UNESCO World Heritage Site.

AlUla, the pearl of the Saudi desert

A stay in Saudi Arabia can not do without a longer stop at AlUla, the pearl of the “desert”, which could very well be on its way to establishing itself as one of the most popular destinations for adventurers in the 21st century. An oasis located in the northwestern part of the country, this stage of the ancient incense route testifies to the kingdom’s tourist ambitions: both a journey in space – we’re talking about 30,000 km2 – and in time AlUla combines assets. Starting with its very special geography, marked here by impressive rock formations that seem to come out of the sand, that by huge basaltic plateaus that give the Saudi desert a false air of a lunar surface. Do not miss : ” Elephant Rock », A monolith more than 50 meters high which, as the name suggests, assumes features of a pachyderm that rules over the desert sands.

AlUla is also and above all the place, quite unusual from a historical and archaeological point of view, of Hegra. True twin sister to Petra, the city of Hegra was, like the nearby Jordanian territory, built in first century BC sscar the Nabataeans, who dug into the rock more than one one hundred graves with facades each more spectacular than the next. First Saudi site listed on the UNESCO World Heritage List, Hegra was rediscovered in the early 2000s by the French archaeologist Laïla Nehmé. Still little referenced in the world atlas of the wonders of antiquity, Hégra represents above all, for the budding Indiana Jones, the opportunity as true “pioneers” to visit an extraordinary place, filled with legends and preserved, for an hour, by the consequences of an oversized tourist influx. Absolutely essential!

AlUla, it is finally these palm groves that in the caves of the valleys bring freshness and life in the middle of the desert expanses. Like the one that overshadows the old town of AlUla, a ghost town that its inhabitants left in the 1980s, and which therefore retains a strange old-fashioned charm. It is also in these green oases that citrus crops typical of the region – lemons, sweet lemons, limequats, oranges, etc. – and we find that in composition of perfumes as unique as they are enigmatic. Finally, AlUla symbolizes Saudi Arabia’s cultural ambitions with nothing less than in museums underway, a concert hall in the middle of the desert, artistic residences and great designers, such as Dolce & Gabbana, moving their fashion shows in these surroundings, which are worthy of a thousand and one night …

So many assets that recently led the Greek Deputy Minister of Economic Diplomacy, Kostas Fragogiannis, to declare that Saudi Arabia could soon establish itself as a world-class tourist destination of the very first rank.

The UK authorities also estimate that by 2030, the tourism sector could weigh up to 15% of a GDP estimated at $ 1.86 trillion. “By 2030, the goal is to have 500,000 hotel keys (…) and 100 million visits a year “, Declared the Saudi Minister of Investment, Khalid Al-Falih. Enough to position the Kingdom, which must diversify an oil-based economy and restore its image internationally, as the trendy destination for the coming decade.