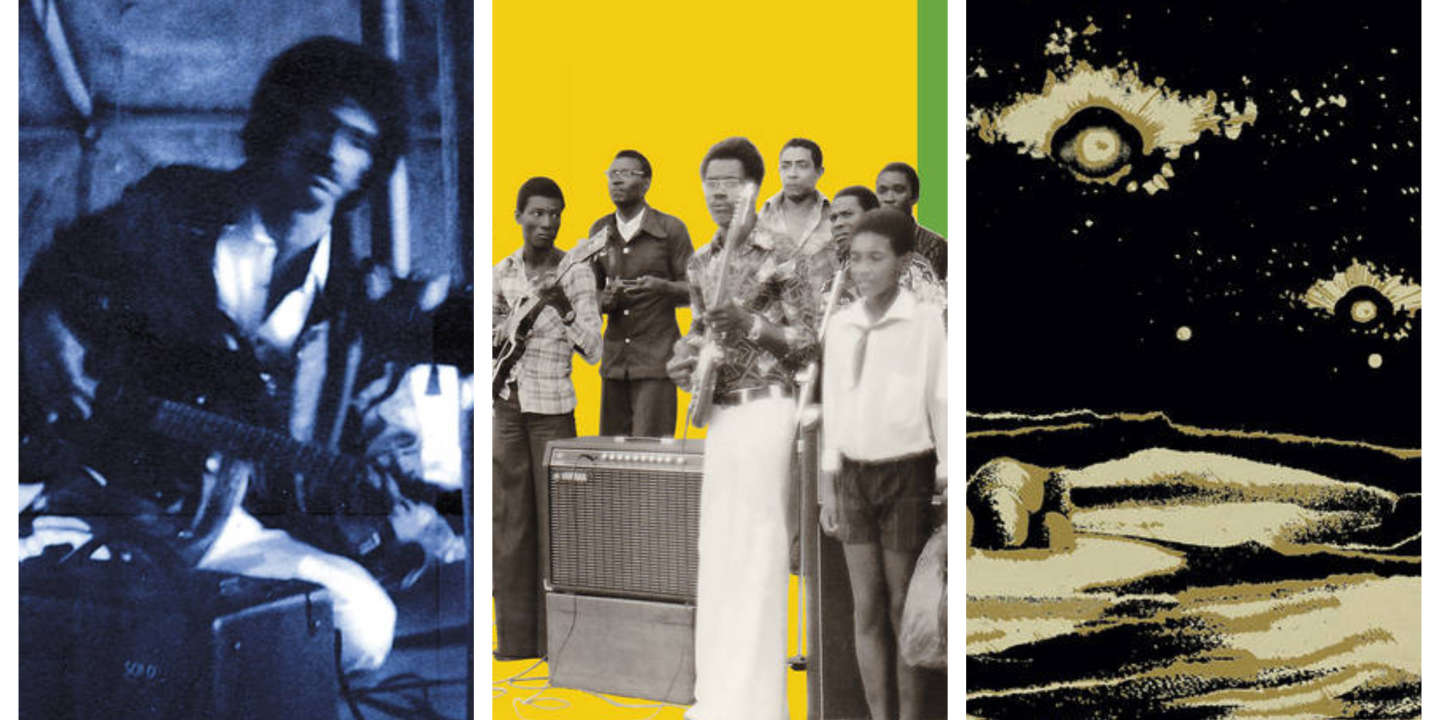 Every wednesday, World Africa presents three new musical releases from or inspired by the continent. This week, space must be made for re-releases with the desert blues from Tuareg of Tinariwen, the Santomean puxa from the big band Africa Negra and the oriental jazz born from the meeting between the American Sun Ra and the Egyptian Salah Ragab.

“The Radio Tisdas Sessions”, by Tinariwen

It is the best known of the Tuareg groups. A little over twenty years ago, in 2001, Tinariwen (“People of the Desert”, in Tamashek) released his first album, The Radio Tisdas sessions. As the name suggests, this ten-track opus was recorded in a radio studio in Kidal in northeastern Mali – despite power outages associated with the operation of solar panels.

The album features songs composed by Ibrahim Ag Alhabib, Kedou Ag Ossad, Foy Foy and the late Mohamed Ag Itlal aka “Japanese”, historical members of this intergenerational group awarded a 2012 Grammy Award. Since March 25, this album as well as the following, Amassakoul (2004), are available in a remastered version, each of which includes an unpublished issue.

They also recorded in a radio studio, that of the national radio in Sao Tome and Principe, the only one that existed at the time on the Portuguese-speaking archipelago. However, due to the small size of the premises, the many members of Africa Negra played more willingly in the courtyard, at night, facing the Atlantic Ocean, in front of their fans.

This group, formed in the early 1970s and still active today, released their first album in 1981, offering a tasty mix of local puxa and Cuban rumba. Many other discs followed, including twelve nuggets, which the Swiss label Bongo Joe remastered in collaboration with DJ Tom B to offer the 1st.uh April collection Anthology Vol. 1, which will be followed by another volume consisting exclusively of unpublished material.

Finally, Egypt instructs with the fruitful meeting, in 1983, between pianist Sun Ra (1914-1993) and percussionist Salah Ragab (1936-2008). At the end of a tour in Europe, the American jazz composer gave several concerts in the land of the pyramids, accompanied by his group, Sun Ra Arkestra, and took the opportunity to record studio versions ofEgyptian treat and dawntwo titles by Salah Ragab, where he plays congas.

The album, then released on the Greek label Praxis, has been re-released since April 8 by the British company Strut, which has added three older pieces by Salah Ragab with the Cairo Jazz Band, among others. A farewell theme, which was played at President Gamal Abdel Nasser’s funeral in 1970.

Find all the editors’ musical favorites in the YouTube playlist for World Africa.

In the wake of Tinariwen, another group of assouf – Tuareg blues – will be the subject of a new release on Friday, April 15, but this time in the form of a book. This is Terakaft (“the caravan”, in Tamashek), several members of which were also part of the Tinariwen adventure, and which the French producer Philippe Brix, who worked with the two groups, tells in Jawar, published by the Marseille brand Secousse.

During short texts full of humanity and humility that oscillate between memories, dreams and flashes, the author takes us from Tessalit, in the northeast of Mali, to a recording studio near Angers that passes through many world stages in the USA, Holland or Macedonia. We meet figures from Malian music, but also the Mauritanian director Abderrahmane Sissako, author in 2014 of Timbuktu, where the lead role is played by a former bassist from Terakaft. The shadows of Iyad Ag Ghaly hovering over these sides “loved the music” before he became a jihadist, and the Libyan Muammar Gaddafi, whose army welcomed the forgotten Tuaregs in the Malian state – “this is where some discovered the electric guitar”, remembers Philippe Brix.

Terakaft released five albums between 2007 and 2015, a time marked by Mali’s dissolution and suspicion of something with checks at airports. The manager is also full of anecdotes from trips, between grounded planes and endless road trips, around which he paints a gallery of captivating, inspired and inspiring characters, without forgetting to give us the recipe for “desert pressure cooker”, which consists in cooking mutton veal in the stomach of the animal. It is then, under the stars, at the corner of a bonfire lit in the middle of the Sahara that we will appreciate the best Jawar, the captivating eponymous number engraved on 45-rpm that accompanies the book.