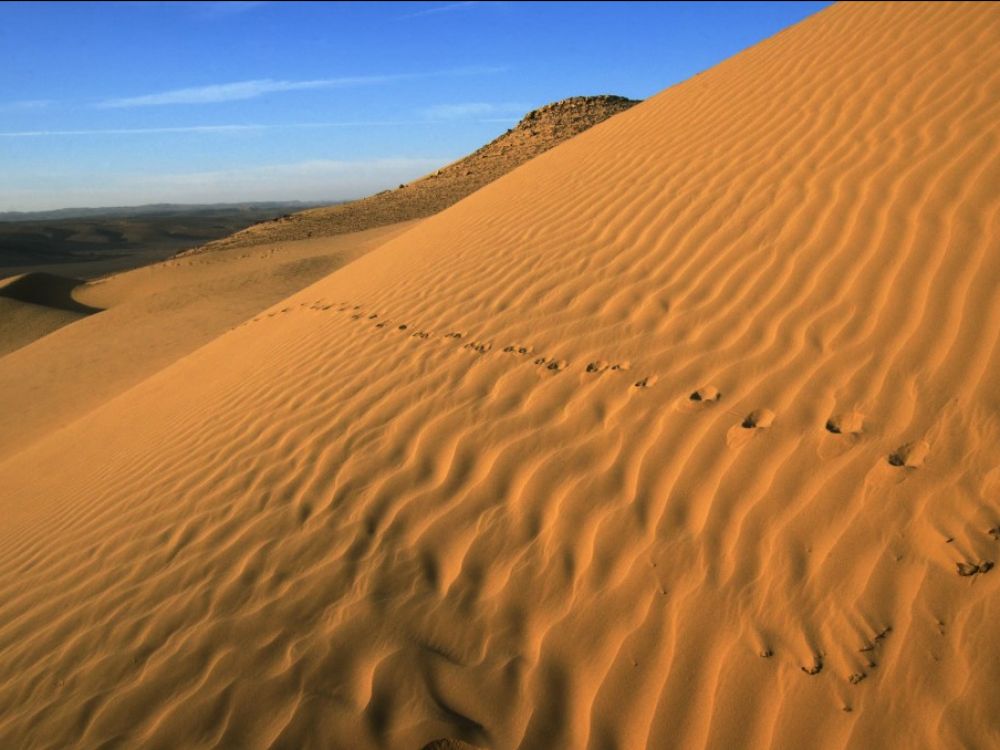 The desert is a region on the planet “characterized by a rainfall of less than 200 and often even 100 mm per year, and where the population density is very low“Because of this very special relationship,” explains the Larousse dictionary. “But what is the origin of the desert plains? This is the question that Djego Fulbert asked on the Facebook page of Science and the Future on the occasion of our weekly meeting: Questions of the Week.

To answer this question, we will take as an example a wooded landscape that is gradually turning into a desert. The plants then dry up, the vegetation cover shrinks in to make room for a mineral universe where life is minimal. How does this phenomenon take place? A study published on 14 February 2020 in Science and then forwarded by Science and the Future identified three phases in which the rise in temperature profoundly changes the living conditions of plant cover.

Several dozen researchers from around the world have linked scientific data from very different fields: soil microbiology, ecology, mathematics … “We collected global data provided by satellites, soil surveys from nearly 50,000 collection sites worldwide, monitoring the photosynthetic activity of 809 plant species growing in arid and semi-arid “then detailed Nicolas Gross, researcher at the National Institute for Agronomic Research and the Environment (Inrae) in Clermont-Ferrand and co-author of the study.

The desert is advancing in three stages

“When the temperature rises and the availability of water decreases, plants respond by reducing the size of their leaves to avoid losing moisture, but also by improving the efficiency of their photosynthesis on smaller leaf surfaces., explained Nicolas Gross. But there comes a point where the relationship between available water and evapotranspiration is too unfavorable.

We are then witnessing a cascade of events leading to a loss of plant productivity and then of soil fertility. The vegetation is no longer contiguous and forms islands. Elsewhere, the ground is bare. “Plants no longer compete. They come together and work together to better resist “explained Nicolas Gross.

If the dryness increases further, the plants can no longer maintain their internal moisture and the soil deteriorates abruptly. The roots of the plants no longer hold on to the surface layers. The content of organic matter collapses and the soil loses its consistency. Erosion accelerates. Finally, at a level of extreme dryness, the plant cover disappears completely: the arrival of the desert. “What we have described is the climatic effect of rising temperatures on the vegetation cover, explained Nicolas Gross. Desertification also has human causes, such as depletion of agricultural land or overgrazing. “. Other phenomena associated with the advance of the desert still need to be explained.

The example of the Great Green Wall

All over the world, deserts are advancing. And some structures take matters into their own hands to greener the landscape. This is the case with the African Union and its pharaonic Great Green Wall (GMV) project. It aims to restore 100 million hectares of arid land in Africa by 2030 on an 8,000-kilometer strip from Senegal to Djibouti, passing through Mauritania, Mali, Burkina Faso, Niger, Nigeria, Chad, Sudan, Eritrea and Ethiopia.

In addition to stopping the desert, the project is also focused on access to water, solar energy and socio-economic aspects: horticulture, fish farming, cattle breeding, poultry farms, where the challenge is to provide employment for an undermined population in poverty.

According to the United Nations Convention against Desertification, arid areas and deserts make up 41.2% of the world’s land area, and 2.1 billion people live in these regions. “Desertification and degradation (land, editor’s note) represent a loss of revenue of $ 42 billion per year“, the Convention notes.