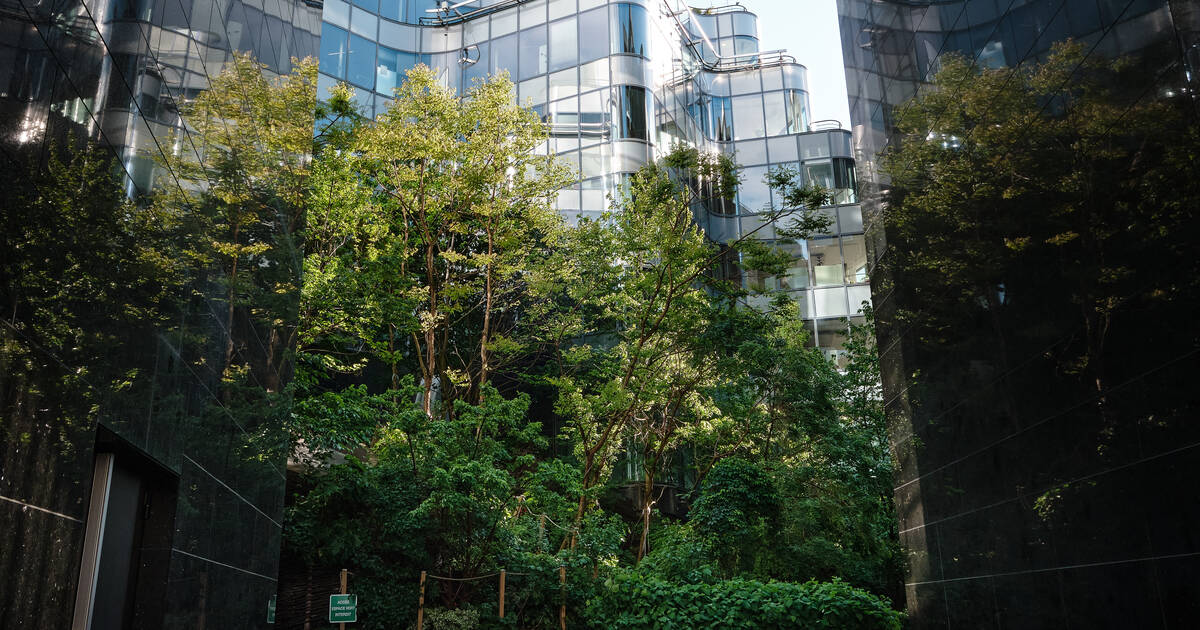 the nature of the citysag

Conferences, debates and meetings with biologists, ecologists, architects, philosophers or sociologists … From 20 to 22 May in Rouen, the BioGée Association organizes the “Naturally!” Days. in collaboration with “Liberation” to explain and understand the importance of nature in the city.

The life and geosciences explain and warn about current ailments (loss of biodiversity, health or climate crises) and thereby risk becoming as disgusting as what they are dealing with … It is a terrible paradox, because if we intervene in it time, these disciplines are a tool to better act on our environment and our health. Alas, this promise remains in vain because of the ignorance of the facts and mechanisms recognized by the life sciences and the Earth: Due to the lack of information and training in school, this ignorance affects us all, from decision makers to ordinary citizens, who are also actual decision makers in their daily actions with development and consumption.

We could do better in our interest: That’s what BioGée, an association that brings together the Natural History Museum, academies, scientific associations and associations of teachers and journalists, defends. It is for this reason that BioGée has teamed up with the city of Rouen and the Rouen Normandy Metropolis to showcase life and geoscience at the service of a better future. Every year will “of course!” will address an aspect of the usefulness of science to citizens: From 20 to 22 May 2022, with the support of the Séché Environnement and the Museum, we will show how understanding nature in the city can improve it.

From the nature in the city to the biodiverse city

Scientific studies actually show all the benefits of developing a greener city. The services provided are numerous and the city only seems habitable thanks to the presence of plants which not only provide atmosphere and rejuvenation but also a wide range of rules such as air cooling or rainwater management. Their positive impact on human health is also now clearly demonstrated. All these arguments speak for the development of nature in the city.

Greener the city is a first step in political awareness and maturation. The second step is to go beyond this greener by developing a functional biodiversity, that is, a set of species that have ecological relationships with each other. Consideration of ecological processes and contexts makes it possible to give the ecosystem thus formed a form of stability and a capacity for resilience. It will therefore be a matter of getting closer to the function of spontaneous ecosystems, either by protecting them as best as possible in an urban context, or by creating new ecosystems that welcome horticulture and local species. The goal is not only to protect local biodiversity and aim for sustainability, but also to integrate the city more fully into a regional ecology.

This perspective implies a different approach to nature in the city, which so far has often consisted of landscaping determined by aesthetics and space management. It questions not only plantations and the management of parks and gardens, but also architecture (what grounds for buildings?) And urban planning (what organization of buildings and non-buildings?). Finally, it questions the future organization of public space, which in turn must become a living space and no longer just a space for mobility.

In Rouen, an interdisciplinary laboratory for tomorrow’s natural city

New design and construction strategies and new research into “neo-ecosystems” are underway to achieve these goals. Already, several experiments carried out by local authorities or architectural firms make it possible to commit not only to making the city greener, but also to the integration of the biodiversity and the ecological processes that underlie it, for example by creating ecological corridors that enable the spread of species. in the urban structure.

This forum is the beginning of a thread that until May 20 will confirm the constructive perspective of nature in the city, as an example where life and geoscience are a tool for the future. We will make progress by associating biologists, ecologists, politicians, architects, philosophers, sociologists … until the “Naturally!” Days, from 20 to 22 May in Rouen, (which will be preceded by a four- pages notebook in Release May 17). An event where conferences and debates will bring together citizens and specialists, whose program can be found here.

We wish you a fantastic discovery of an urban future that goes through our link to nature.