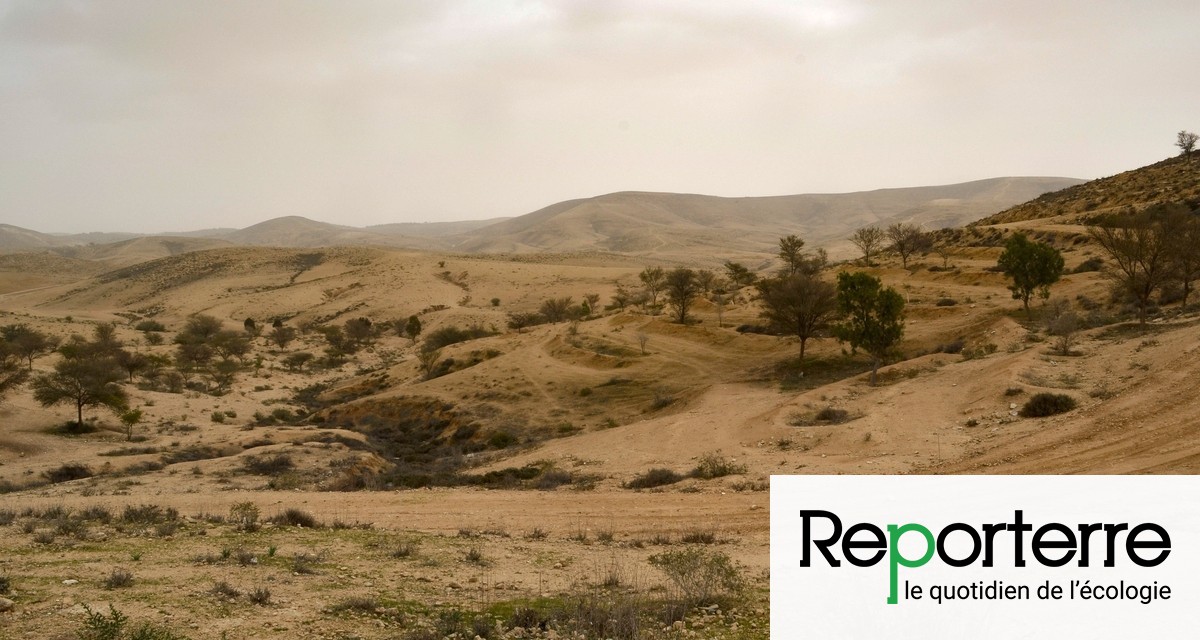 In Israel, the Negev desert is in revolt: Assembly tents have been set up near several villages where sit in multiply, drain protesters and a strong police presence. Dozens of people were arrested, including many minors, and several were seriously injured.

Support meetings have taken place in several Palestinian cities and in Jerusalem, and a campaign is unfolding on social networks under the hashtag #SaveAlNaqab (Red Naqab, from the name given to the Negev in Arabic). 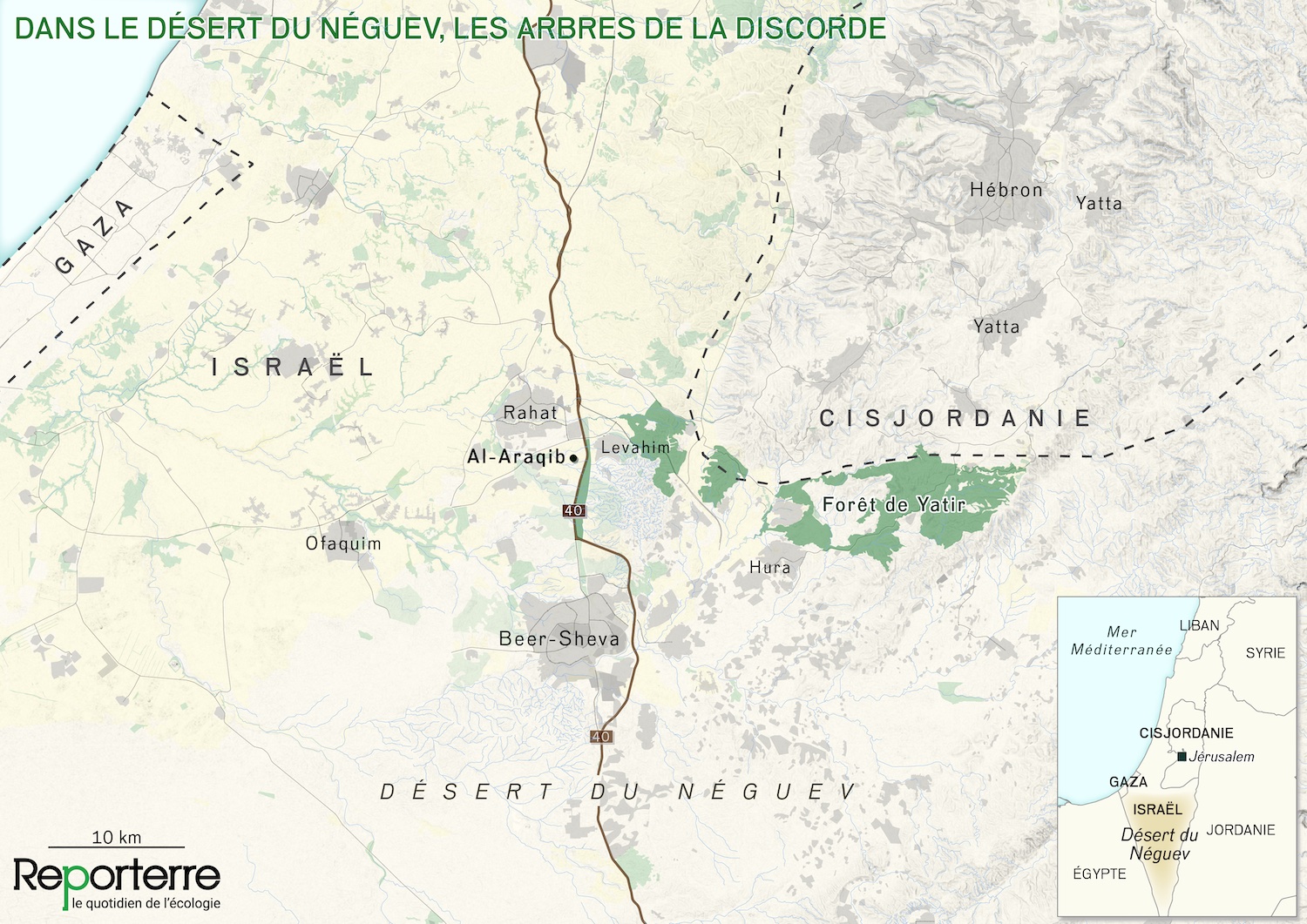 At the beginning of the conflict: trees. Local communities are mobilizing against a state-run afforestation plan in northern Negev, a semi-arid area that receives an average of 250 mm of rain per year [1]. The project is implemented by Keren Kayemet LeIsrael (KKL), the Israeli branch of the Jewish National Fund (NJF), a private fund that manages most of the forests in Israel.

But the land entrusted to him has been claimed, cultivated and inhabited for decades by the Bedouin, one of the most marginalized Arab minorities in the country. For years, they have condemned the testing of their lands, carried out, according to them, in the name of the fight against desertification, an environmental discourse that they describe as “ greenwashing » (green laundry).

The current mobilization is part of decades of struggle against afforestation. One of its emblems is the village of al-Araqib, which the inhabitants say was founded in 1905 during the period of Ottoman rule, but whose deeds are not recognized by the Israeli state. In 2005, a first forest planted on the outskirts of the village was inaugurated in the presence of dozens of foreign ambassadors. In 2010, the bulldozers arrived at the village this time, and residents were ordered to leave the site to make room for the trees. 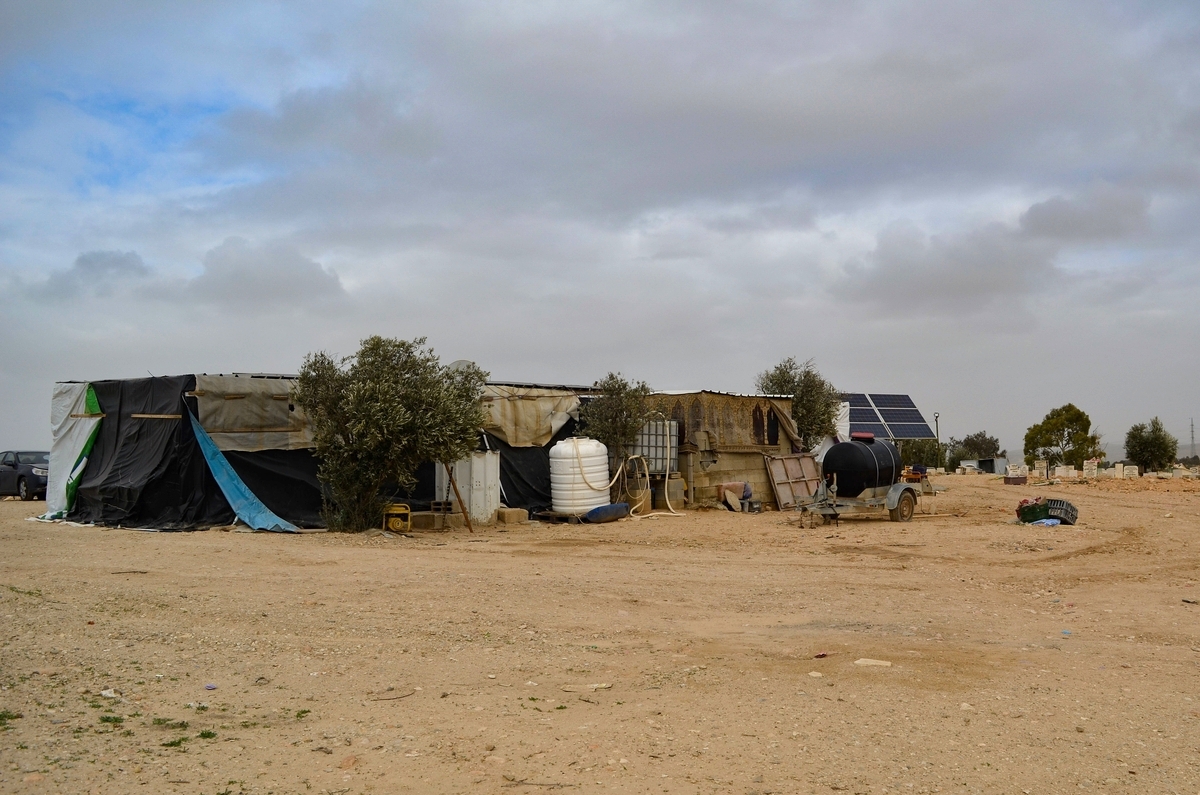 Of the village of Al-Araqib, only one tent remains after dozens of demolitions. © Lyse Bad / Reporterre

“ They uprooted our trees – olive trees, carob trees – to force us to go, they destroyed our stables and our houses, they confiscated our machines », says Sheikh Sayah at-Turri, a local chief. The houses were demolished, replaced by makeshift shelters themselves dismantled almost 200 times. Demolitions that the Israeli state collects for its residents. The only thing left of the village are a handful of vans that serve as rooms, parked in a cemetery, testifying to the ancient presence of the inhabitants.

Today it is the turn of other villages, such as Sa’wa, Abu Wadi or al-Atrash, to welcome the bulldozers without the inhabitants being heard. “ The trees they want to plant will not give us anything, they are thorns, not even good at feeding cattle »explains Issam Al-Huzayel, a teacher from the village of Miha. 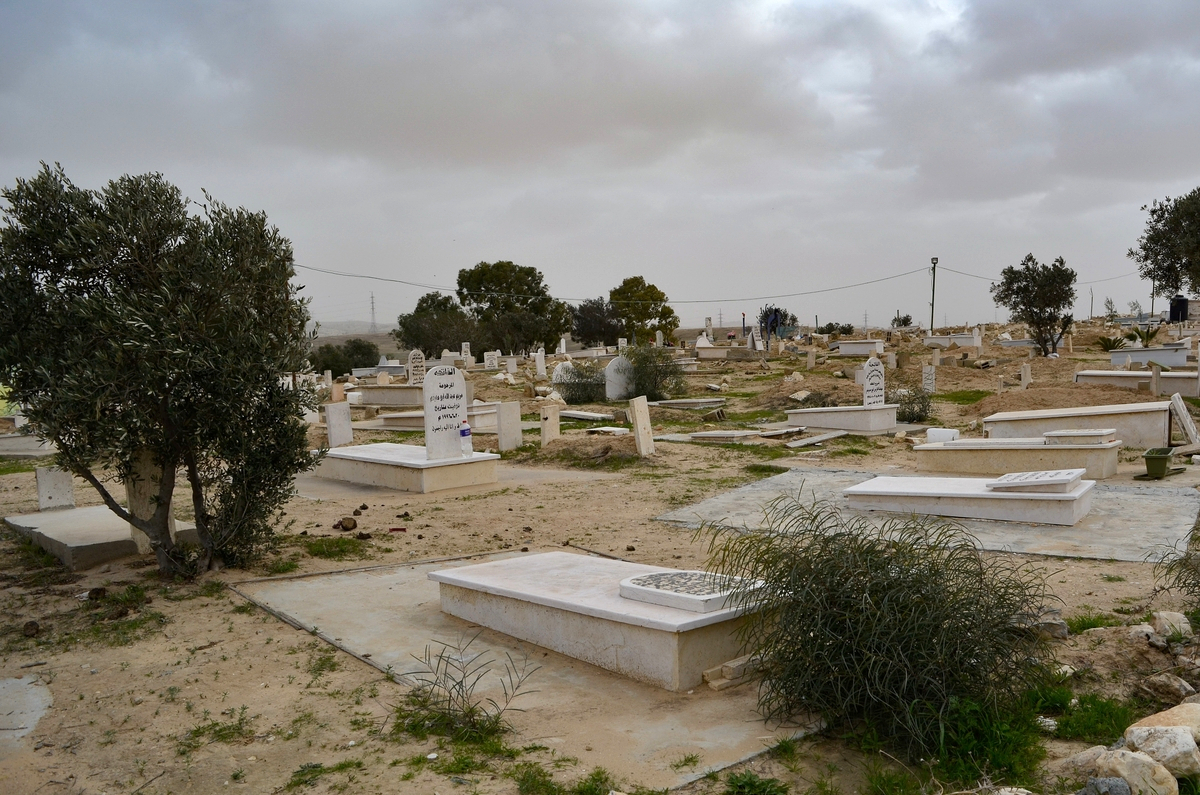 The al-Turri family cemetery, in the village of al-Araqib. © Lyse Bad / Reporterre

“ They could plant these trees on virgin soil. Why do it in our fields ? » he is indignant, pointing to the long brown scar left by KKL came to clear the ground two months ago. For residents, the project is part of the continuity of seventy-year policies aimed at winding them down. “ We have nothing against trees, but if planting them should drive people away, then we disagree. »explains Muhammad An-Nabari, a teacher.

Israel’s founding in 1948 was marked by fierce fighting, including massacres that drove hundreds of thousands of Palestinians into exile. In the Negev, the Arab population grew from about 100,000 in 1948 to 11,000 in the early 1950s. 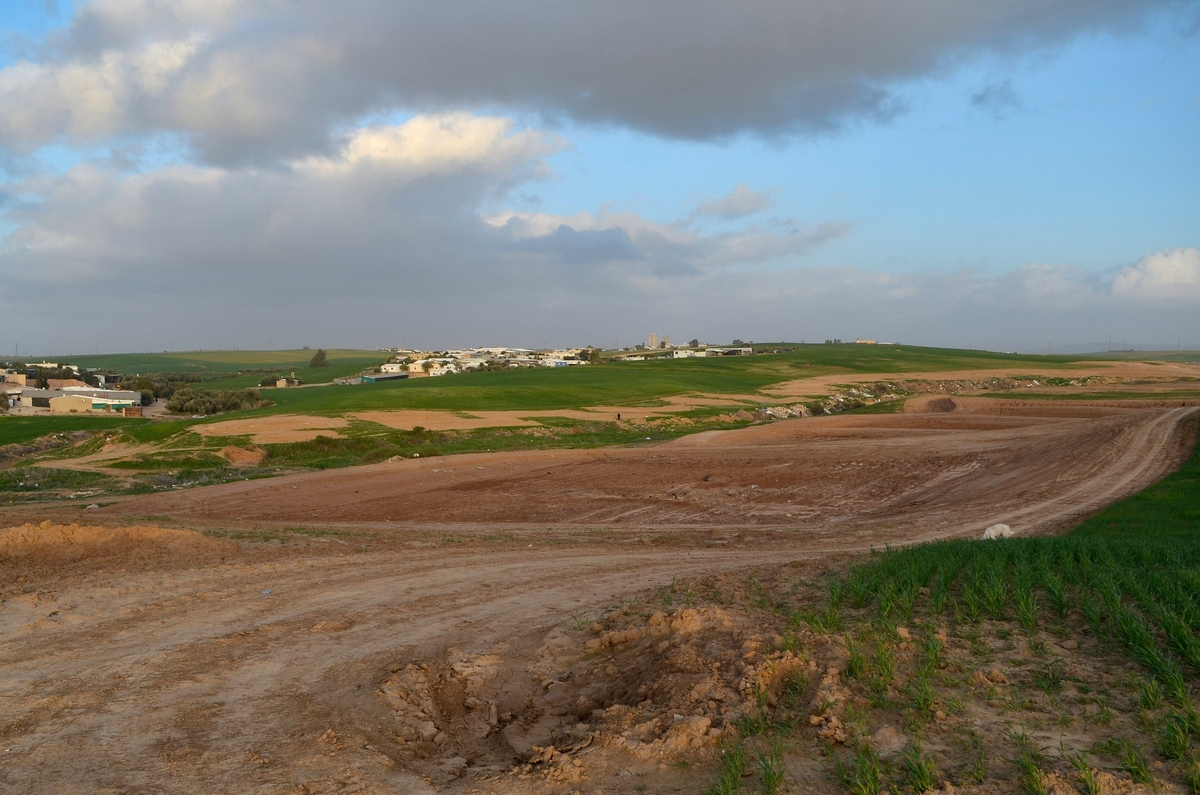 Bulldozers have recently passed through the fields of the villages “ not approved in the suburbs of the city of Rahat. © Lyse Bad / Reporterre

After the Arab-Israeli war in 1948, the newly established Jewish state seized the land “ abandoned », including of Bedouin tribes. These are now involved in legal battles to get them back. The Bedouins were forcibly driven into the al-Siyaj area, a triangle that covered less than 10 % of their former territory and encouraged to settle.

This historic episode left deep traces. The semi-nomadic Bedouins in the Negev traditionally moved between countries to which they had rights and which they cultivated. “ It is wrong to portray them as people who move every week and do not own the land »says Huda Abu Obaid of the Negev Coexistence Forum for Civic Equality, an Arab-Israeli organization that promotes coexistence with the Bedouin community. 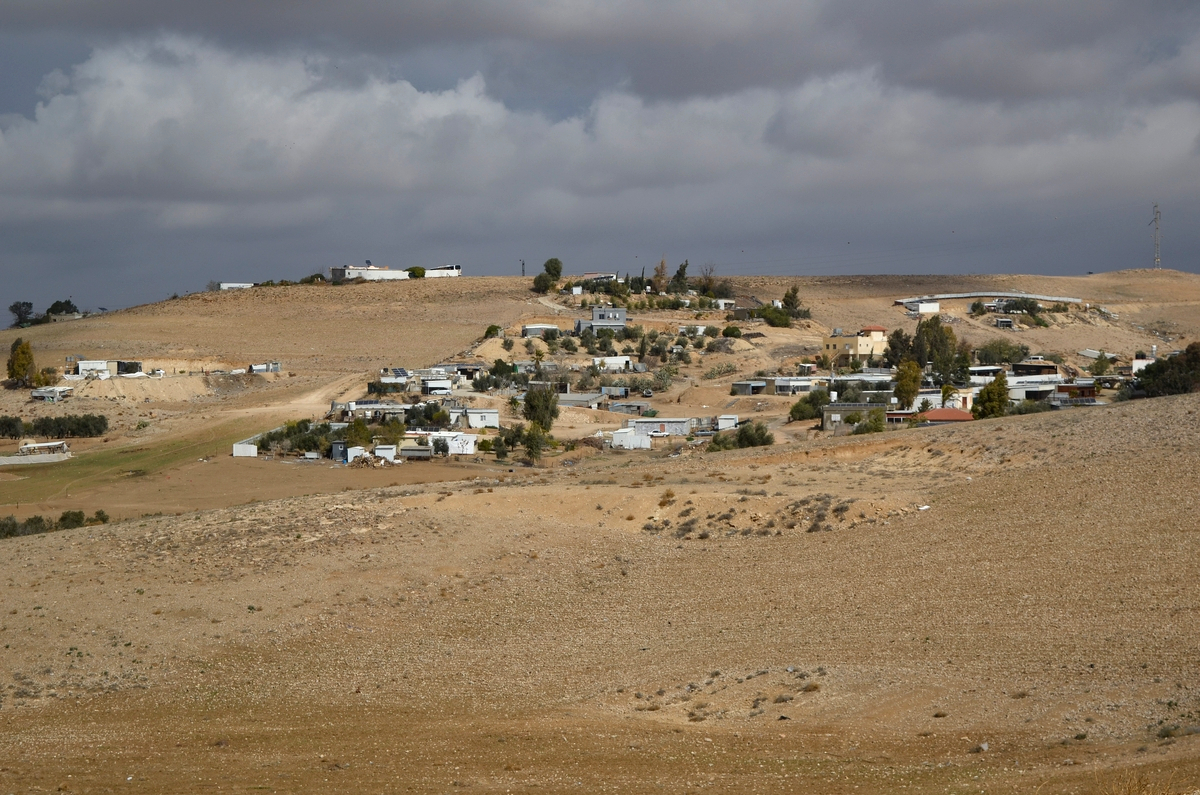 After becoming Israeli citizens, they have 240,000 Bedouins in the Negev (25 % of the local population) is the poorest community in the country. Some have settled in a handful of government-built bedroom communities. They are agricultural workers in kibbutzim and workers in nearby towns. But many continue to live or keep housing in their hometown. “ Not approved » by the state, these iron towns have no access to basic services (tarred roads, electricity, water, schools, health care) and are constantly threatened by demolition. “ There are hundreds of Jewish villages to which the state has given hundreds of acres of landadds an-Nabbari. We also want our agricultural villages to be recognized. »

In a century, the Zionist settlers and then the Israelis planted nearly 100,000 hectares of forest. The largest of these, Yatir, was planted by KKL and heralds the future of the villages “ not approved ».

Arriving from Jerusalem, it is approached by a military checkpoint. On the Israeli side, the conifers hide the tall barbed wire that runs along the boundary line between the occupied West Bank and the Negev. Three thousand hectares have been planted there thanks to donations from all over the world, including Belgium, Switzerland and France. Infrastructure bears the name of generous donors or evokes greener horizons, such as“ Scandinavian picnic area »diving in the pine trees. 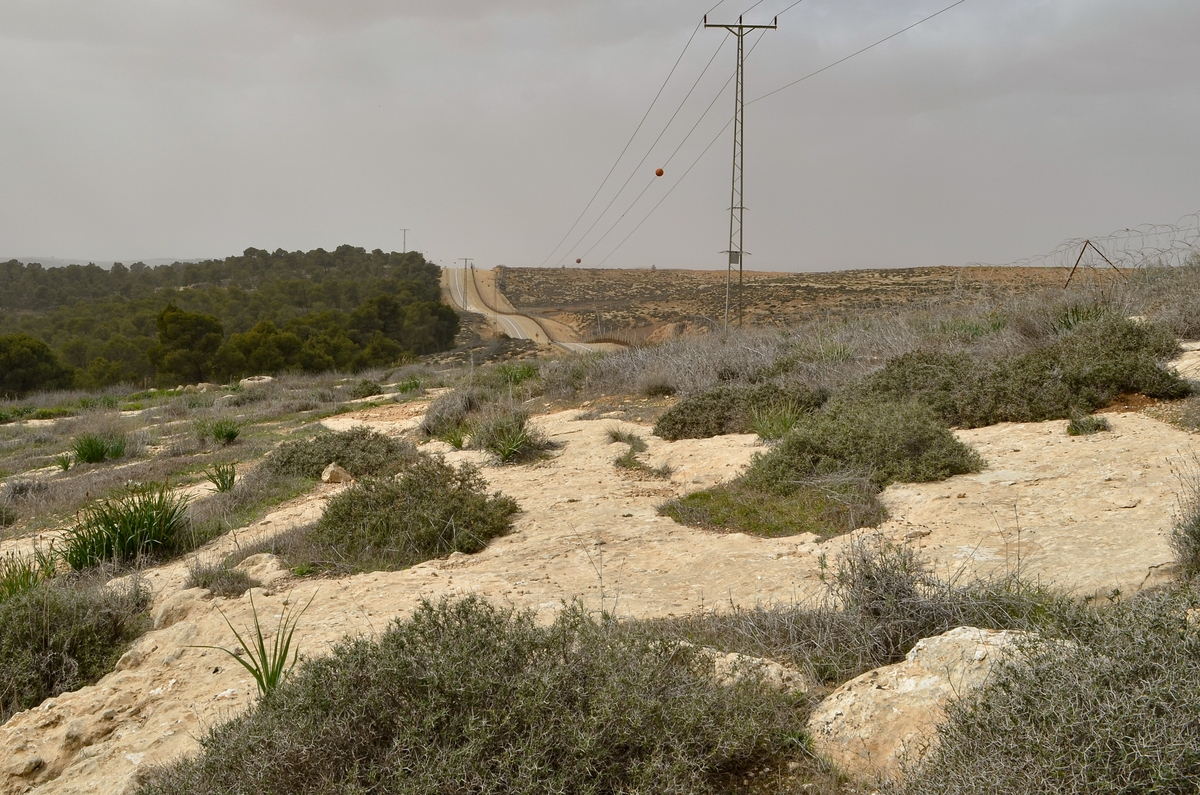 The Yatir Forest (left) borders a fence and a road that runs along the southern West Bank (right). © Lyse Bad / Reporterre

Presented as a model forest, “ Yatir proves that we can fight desertification and heal the land »according to the website for KKL. Yet for years, environmentalists have questioned the ecological benefits of this model. The northern part of the Negev is truly a transition zone between the desert south and the Mediterranean landscapes of the West Bank. Its open landscape, naturally sparsely forested, is home to unique biodiversity and several endangered species.

According to the Nature Conservation Association (SPN), the most important NGO Conservation Authority, this type of ecosystem is among the most endangered in the country. The Israeli state has nevertheless planned to afforest thousands of hectares, much to the displeasure of SPN. Because afforestation involves the construction of roads, water reservoirs, ditches for planting shoots, all to the detriment of endemic vegetation and fauna, often replaced by forest species. “ What need is there today to pursue afforestation that transforms natural areas into planted forests ? »wondered SPN in a report from 2019. 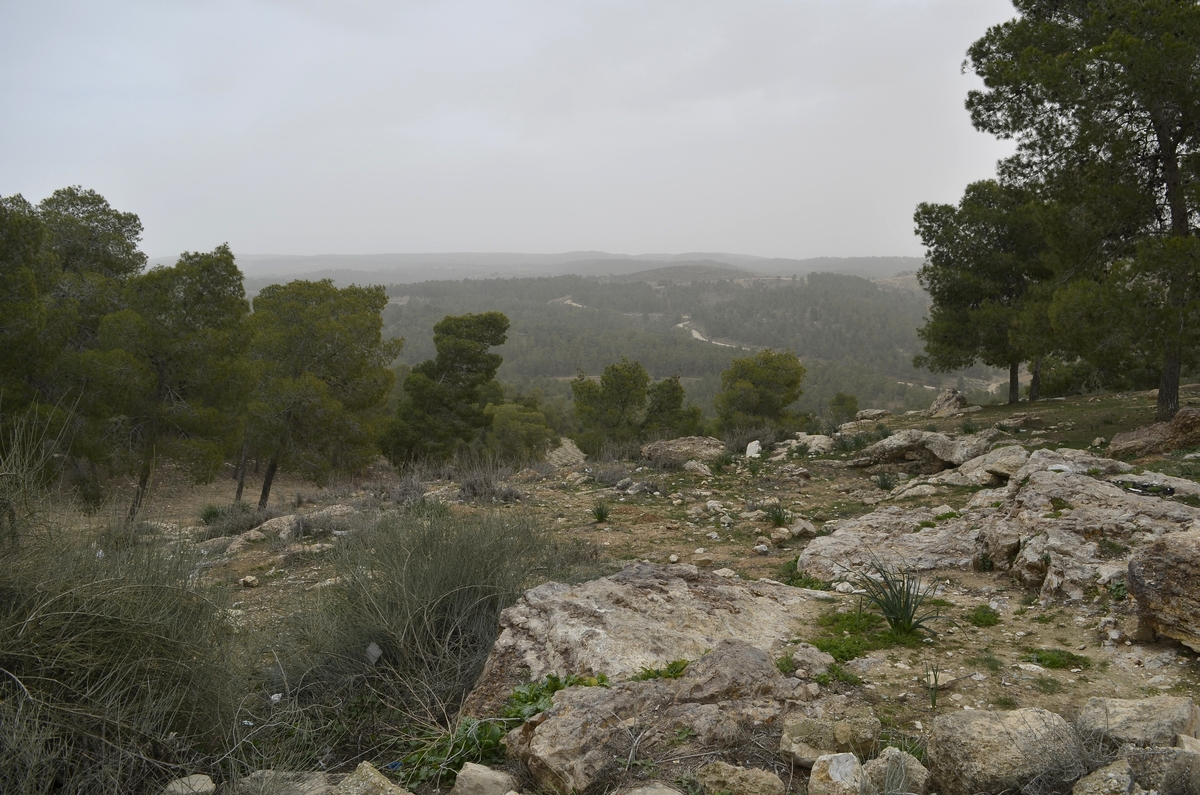 Seen from a nearby hill, the village of Sde Boker is an emerald circle that stands out against the ocher-colored plains of the central Negev. The scent of an oasis hovers: the paths are bathed in the shade of dense vegetation, the small houses are lined with lawns and flowers.

It was in this kibbutz (a collective farm) that the first leader of Israel, David Ben-Gurion, settled in 1953. He was fascinated by the Negev, whose vast area (12,000 km²), according to him, represented the key to the survival of the Jewish state. Depicted as a country “ Virgin » to develop (despite the presence of thousands of Palestinian Bedouins), the Negev has captured the imagination of the Israelis, who have gained a reputation for having “ make the desert flourish » by taming this arid territory, source of astonishing agricultural successes: 80 % of the national production of cherry tomatoes comes from the Negev.

Planting trees is also part of this basic national story of the fight against the desert. But its opponents condemn the cost of this “ hit » for the indigenous peoples. The Palestinians do not forget that in order to fight the desert, the country has diverted plenty of water from the Jordan River and deprived its Arab neighbors of this resource. Nor did the Israeli administration in 2005 admit to spraying glyphosate with aircraft on Bedouin fields to counter “ illegal occupation of land »taking into account the environment as well as the risks that residents and livestock run. 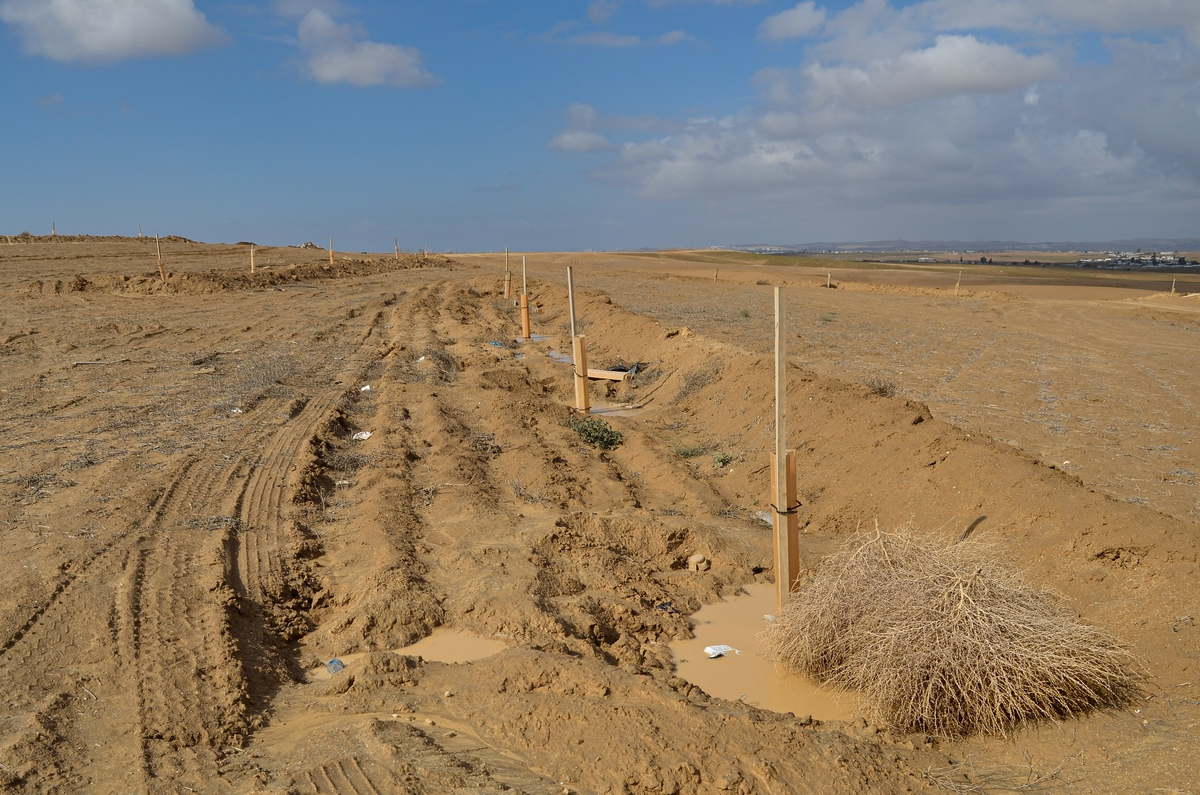 Shrubs planted off KKL close to the village not approved by Ar-Rweis. © Lyse Bad / Reporterre

Activists also accuse the Jewish National Fund (NJF), established in 1901 for the purpose of acquiring land for future settlements, to seize land claimed by the Palestinians. L ‘NGO Israeli Zochrot estimates that two-thirds of the forests managed by NJF are planted on the ruins of Palestinian villages and thus help to erase the traces of their presence.

Although in the Occupied Palestinian Territories, hundreds of trees are regularly uprooted to make way for new settlements, “ the creation of forests or nature reserves serves as an excuse to limit the development of Arab villages and to “preserve” land for the establishment of Jewish villages »reminded ofNGO Adalah, who defends the rights of Israel’s Arab minority, in a statement against the afforestation plan.

Contacted by Reportthat KKL did not want to extend, as he only claimed to act “ according to the decisions » of the government, of which he says he is only a service provider. 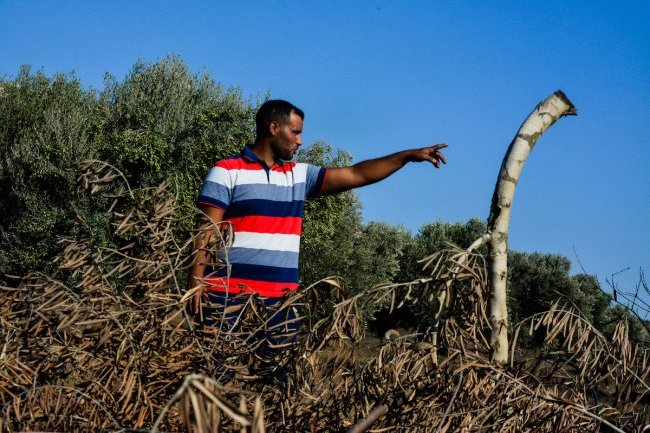 [1] In France, the driest areas (Mediterranean climate) receive an average of 500 mm of water per year.