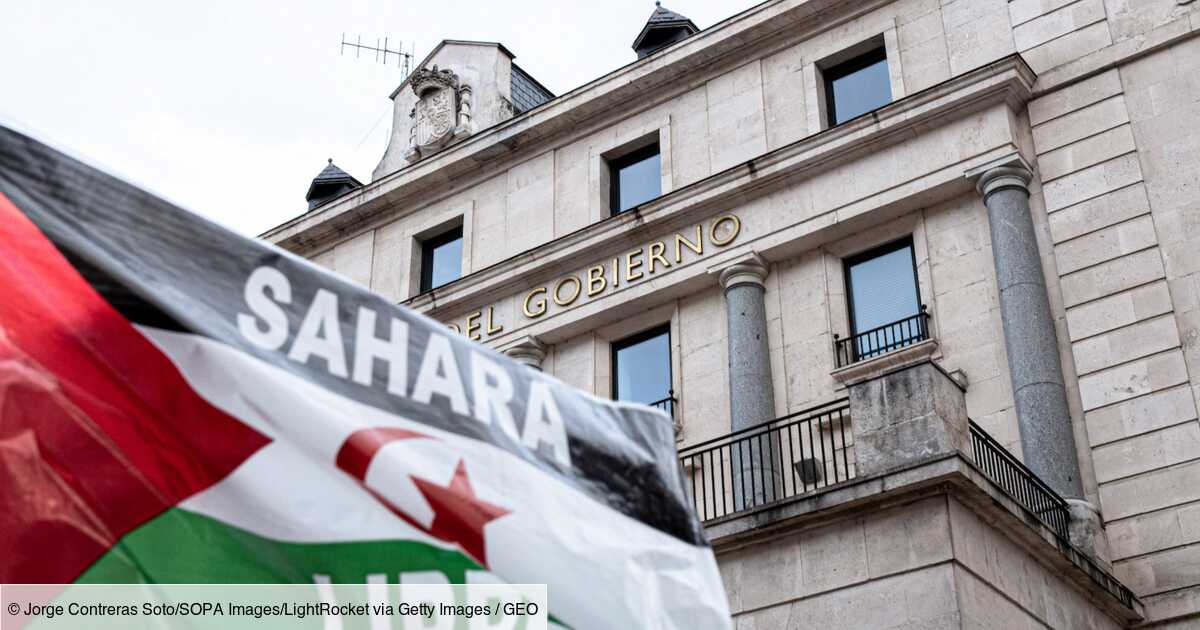 An unexpected turn on a more than difficult problem. For the first time, the Spanish government gave its support to the Moroccan self-government project for Western Sahara, a former Spanish colony, on 18 March. Madrid has so far advocated neutrality between Rabat and the Sahrawi separatists from the Polisario front, backed by Algiers.

The conflict in Western Sahara is one of the oldest in Africa. An endless showdown between Morocco, the Polisario front, but also Algeria, which the UN is fighting to put an end to.

What is Western Sahara?

Western Sahara is a desert strip that stretches over more than 260,000 square kilometers in northwestern Africa, between southern Morocco and northern Mauritania. Colonial creation of Spain, which established its protectorate there in 1884, it benefits from a wide coastline with fish-rich water and soil rich in phosphate.

What are the causes of the conflict?

By the Madrid Accords signed in 1975, the Spaniards ceded Western Sahara to Morocco and Mauritania and left the territory.

But a Sahrawi independence movement called the Polisario Front (acronym for “For the Liberation of Seguiet el-Hamra and the Río de Oro”) claims sovereignty over this territory. He proclaimed the Saharawi Arab Democratic Republic (SADR) in 1976.

In exile, SADR locates its government and supporters in Tindouf, Algeria. With the support of the Algerian government, it is waging war against Moroccan and Mauritanian forces.

Mauritania quickly signed a peace agreement with SADR in 1979. In response, Morocco annexed the Mauritanian part of Western Sahara.

Rabat then erected a 2,720 km separation barrier from north to south of Western Sahara, the “Wall of Sand”, completed in 1987 and guarded militarily by 100,000 Moroccan soldiers, according to Arte. Morocco now controls 80% of the country.

The territory of the Polisario Front is only a desert strip of one hundred kilometers in width, east of the wall.

The UN ends up intervening and proposing a peace plan that allows for a self-determination referendum: either independence under the auspices of the Polisario Front or integration into Morocco. Both parties accepted the proposal, and a ceasefire was signed in 1991. This never came to fruition.

Who recognizes (or does not) the Saharawi Arab Democratic Republic?

Western Sahara has been on the list of non-autonomous territories – whose decolonization has not been completed – created by the UN since 1963. Thus, neither the UN nor the EU recognizes the Saharawi Arab Democratic Republic, but supports the referendum on self-determination.

Algeria, Morocco’s enemy brother, is the first country to recognize SADR since its proclamation in 1976. According to the Center for Studies in Western Sahara at the Research Institute of the Spanish University of Saint-Jacques-de-Compostelle, 46 states, mainly from Africa and South America, recognizes SADR.

Thirty countries that had once recognized SADR have also withdrawn.

SADR has been part of the African Union since 1982. When it joined the organization, Morocco withdrew before joining again in 2017.

Who lives in Western Sahara?

Morocco has exerted great repression on the Sahrawis and forced a large number of them to leave their countries to invade refugee camps under deplorable conditions in the Algerian desert, Arte notes.

According to a report by the NGO Crisis Group published in October 2021, the Sahrawi population is divided between Western Sahara under Moroccan control – about 320,000 people – and the refugee camps in Algeria near Tindouf – between 100,000 and 200,000 people.

Along with emigration from the Sahara, Rabat implemented a colonization policy to encourage Moroccans to settle in Western Sahara. In 2015, the Moroccan population was twice as large as the Sahrawi population, according to The Guardian.

What is the situation today?

For 31 years and the signing of the ceasefire, a peacekeeping force, Minurso (UN mission for the referendum in Western Sahara), has been on site and monitoring the buffer zone around the Sand Wall. According to UN figures, there were 245 troops on the scene in December 2021.

Several UN envoys and meetings between parties followed each other to bring the peace process to a successful conclusion and realize the self-determination vote required by the Polisario Front. In vain.

Morocco categorically rejects and instead proposes an autonomy plan in which Rabat will delegate powers to SADR, but the latter remains under its sovereignty. The Polisario Front rejects this proposal, arguing that Morocco denies the Sahrawis their right to self-determination. A right guaranteed by the United Nations Charter.

In November 2020, Morocco sent troops to the buffer zone to end a three-week blockade, organized by Polisario Front supporters, on a strategic trade route connecting Morocco with Mauritania. In response, the separatists declared a state of war and broke the ceasefire by attacking Moroccan military units and installations stationed near the Mur de Sable.

Since then, tensions are still rising in Western Sahara. According to a Moroccan source to AFP, six soldiers from the kingdom have been killed since the ceasefire ended.

Why has Spain changed its position on Western Sahara?

Spain ended its neutrality on March 18, declaring autonomy for Western Sahara, as proposed by Morocco.

Criticized by all sides, both in his country and in Algeria, Socialist Prime Minister Pedro Sanchez justified himself by the importance of asking “the basis for a much more solid, much stronger relationship with the Kingdom of Morocco”. “It was not sustainable for Spain to have broken off the relationship“with”a strategic country like Morocco “he added to the press, Wednesday, March 23rd.

A diplomatic crisis between Rabat and Madrid broke out in April last year when the leader of the Sahrawi separatists from the Polisario front, suffering from Covid-19, was welcomed to Spain for treatment. This led to the arrival of more than 10,000 migrants to the Spanish enclave of Ceuta a month later, thanks to a easing of controls on the Moroccan side.

Madrid therefore hopes that its trip to Western Sahara will motivate “full cooperation” from Rabat i “migration flow management” which comes from Morocco, its autonomous enclaves, Ceuta and Melilla, as well as the archipelago of the Canary Islands.

“Spain, in addition to its violation of international law, is no longer able to play a credible role in the process of political resolution of the conflict due to its alignment with the position of one of the parties to the conflict”, condemned Oubi Bouchraya Bachir, representative of the Polisario Front in Europe and to the European Union (EU). Algeria, an ally of the Polisario Front, recalled its ambassador to Madrid.

“There are thousands of oases in the Sahara, but the Greek poets only mentioned the one from Siwa”

GEO podcast: a week in the oasis Siwa, a green paradise in the middle of the Sahara