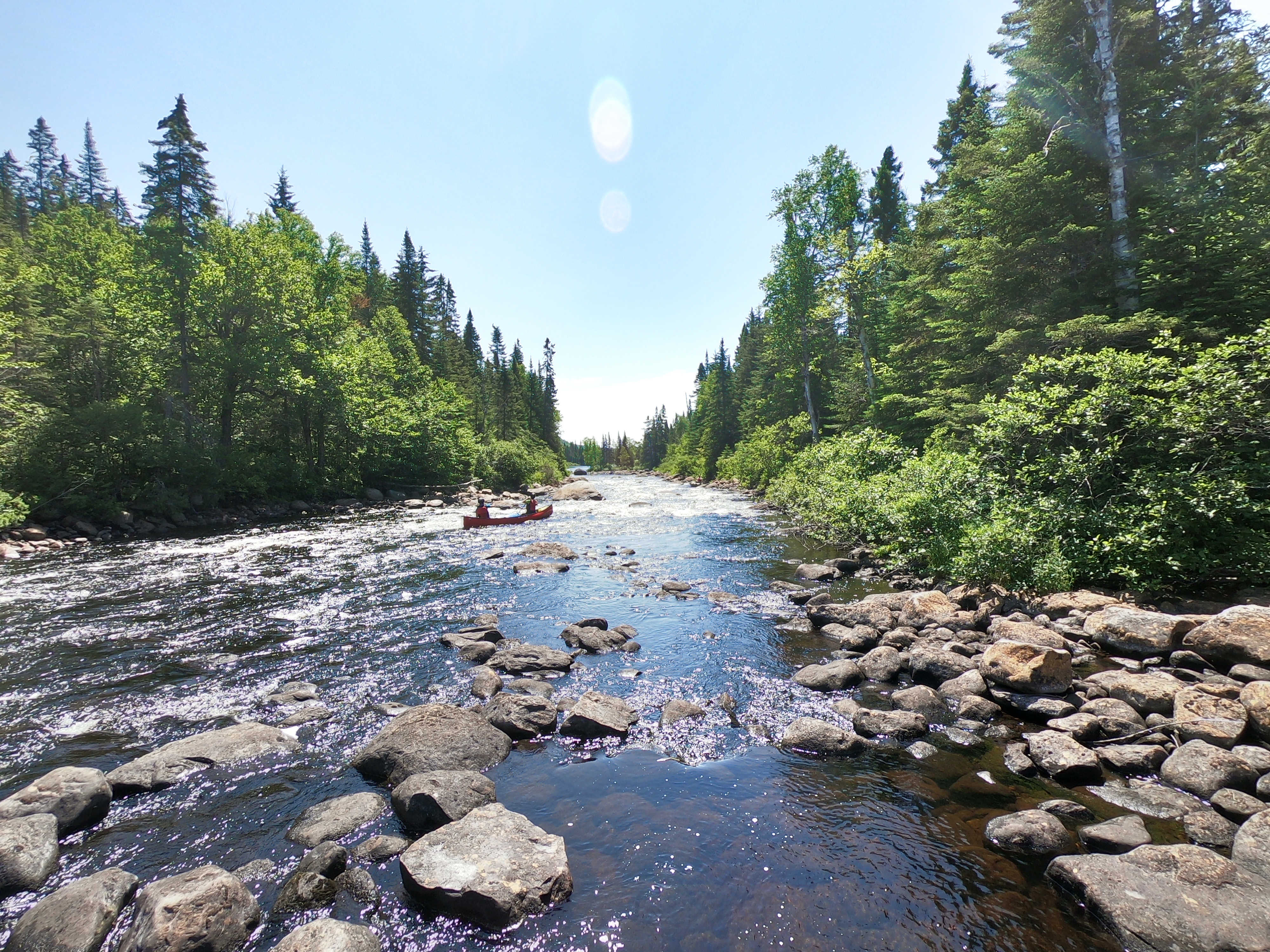 In collaboration with 66 ° North

Canada, the second largest country in the world, can also be visited by water. An original and ecological approach to this dreamland with its many rivers and lakes, which are good to sail on. Used by indigenous peoples and early Canadian traders, the canoe – called the canot across the Atlantic – is an authentic and environmentally friendly way to travel. No engine noise disturbs the tranquility of the large wooded forests, where humans are closer to nature. Among the range of Canadian destinations, here are our two favorite itineraries: the first of a week on the Batiscan River in Quebec, the second of fifteen days across the Yukon. Both will allow you to live an unusual adventure in the heart of the magnificent Canadian landscapes. So better east or west?

Quebec on the Batiscan River, between adrenaline and immersion

But before it ends on the river, the expedition begins on the rails. After an hour’s journey through Mauricie, the train sets us off tables in the heart of the desert, near the river.

Once we are on the water, we move forward with our arms while observing the tree trunks left by the beavers for the construction of their hut. Every night we camp, around the fire, we remember the stories and legends of the great explorers, in whose footsteps we sail and we fall asleep warmed by the sounds of nature.

Yukon, in the footsteps of gold diggers in the far north

The mythical river of gold fever that flows in northwestern Canada, the Yukon, “the great river” in the Aboriginal language, is a privileged paddling spot, surrounded by nature and in the heart of history.

Departing from Whitehorse, the river descent to Dawson promises an unforgettable fifteen-day adventure. From the beginning, we are immersed in the history of gold diggers, with on each bank ruins from the gold rush in the 1890s. Thousands of men tried their luck in the Dawson region and set out in search of life-saving lumps, following the discovery of a vein by three prospectors in 1896.

But the wealth of this region lies not only in its gold nuggets. Keep your eyes open, you are crossing the wildest part of the boreal forest! A rich fauna and flora nestles in this place off the beaten track.

Past the village of Carmacks, the current is more important, we sail on Five Finger Rapids, the only rapids of the course, which has overcome many gold diggers. You can also admire one of the most famous historical sites in the Yukon River: Fort Selkirk, a former Aboriginal fishing spot that became a trading post for the Hudson’s Bay Company in 1852. The adventure ended when the Stewart River emptied into the Yukon. Last straight line to Dawson City!

In addition to these two destinations, Canada is full of other places to explore by canoe: Vancouver Island next to the whales, the lakes of the Rocky Mountains and the Kejimkujik National Park of Nova Scotia … Get going!