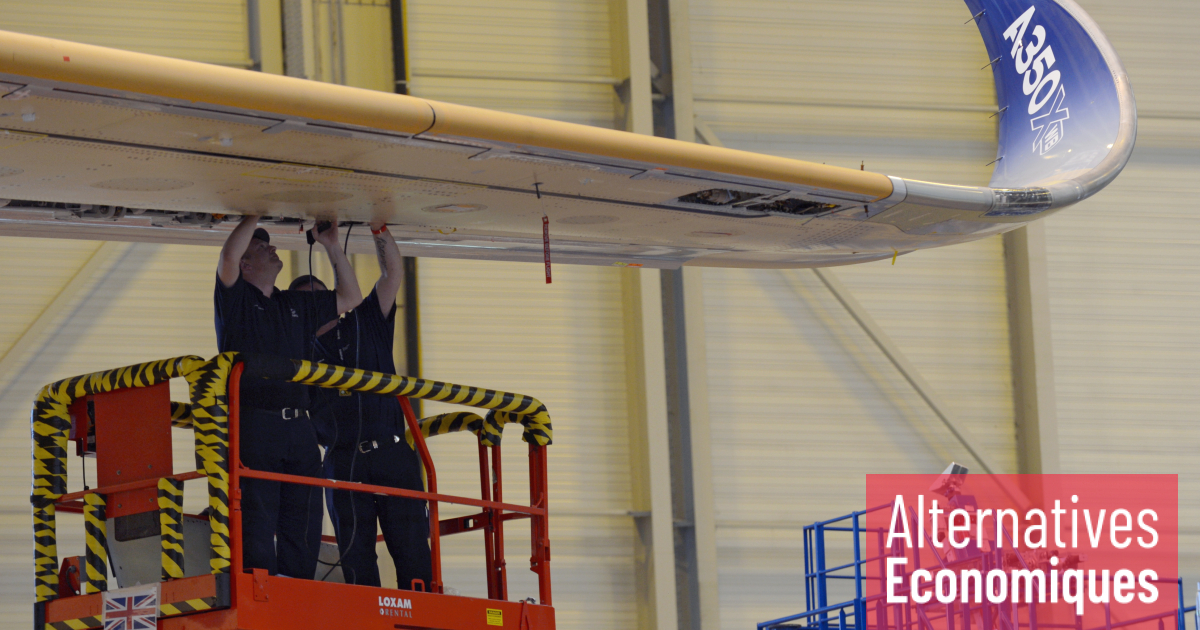 Every year since 2015, the Biomim’expo Fair is held in November, organized by the NewCorp Council to promote biomimicry, the subject of a number of recent books. And a space in the City of Science and Industry is now dedicated to “bio-inspiration”. But what does this popular term cover? The principle is simple: it is a matter of imitating the forms and functions that exist in nature in order to be both more efficient and more respectful of the environment. The American engineer Otto Schmitt invented the term in the 1960s, but it was biologist Janine Benyus who popularized it in 1997 in Biomimicry. When nature inspires sustainable innovations.

As biologist Gauthier Chapelle reminds us, in the introduction to the new edition of this book, the most visible uses are those that are at the form level, such as the Japanese TGV Shinkansen, inspired by the beak of the kingfisher. To draw inspiration from nature, was not that what Leonardo da Vinci recommended from the 15th century?and century? But you also have to think about the materials and the question “ our petrochemical approach to material synthesis ». Here, the often mentioned example of the velcro strap, which is inspired by the hooks on burdock flowers, poses a problem, as this strip is made of polymer, a material derived from petroleum.

In the same way, a true ecological biomimetic project should deal with its deposition in a circular way, as in natural ecosystems where waste from some is the resource of others. But today, as the applications of biomimetics become more numerous, the ecological benefits are often present, but without always being part of a global circular economic approach. A large number of actors are interested in it: public laboratories, but also many start up and ever larger companies.

Thus, Eel Energy (created in 2011, eight employees) is inspired by the wave of an eel (“ eel » in English) to manufacture tidal turbines without turbine, mobilization of minor material and CO2 for the design and production of 20% to 30% more energy, according to Franck Sylvain, CEO. Kalina Raskin, director of the Center for Studies and Expertise in Biomimicry (Ceebios), which supports more than 70 projects in France, quotes L’Oréal, who has developed a wet brush inspired by a cat’s tongue, a “ household cleaner intended to save water ».

“ The wings of passenger planes, inspired by the wings of hovering birds, are a gadget in terms of air transport environmental issues » – Emmanuel Delannoy, Consultant.

We see with these examples that although ecological considerations are present, the economic paradigm that led to the destruction of nature is not questioned. And one might, according to geographer Elizabeth R. Johnson, quoted by anthropologist Lauren Kamili, wonder if biomimetics is not just a new way of making industrial capitalism greener. Shortly said greenwashing Is not far. “ The wings of passenger planes, inspired by the wings of hovering birds, are a gadget in terms of air transport environmental issues »explains consultant Emmanuel Delannoy.

Australian philosopher Freya Mathews, also quoted by Lauren Kamili, even wonders if this approach does not lead to creation “ another nature » as we have the illusion that it could replace the first. One thinks of the robot bees that were supposed to help, or even replace, the pollinating bees in full disappearance.

In this, the artificial reefs of start up Seaboost (created in 2011, ten employees) and Electricity Transmission Network (RTE) issues. Seaboost has installed them in the Calanques Natural Park, where 64 fish species have returned in three years. As for RTE, it is on its cables that artificial reefs made of biomaterials are installed in the form of sea urchins, domes and rocks. Corridors and porosities are arranged there to allow the fauna to multiply there. This is positive because marine ecosystems play a crucial role in the fight against climate change by absorbing carbon. But it should not, first and foremost, exempt us from preserving the natural reefs.

Thanks to biomimetics, Emmanuel Delannoy specifies, human activities (industry, architecture, agriculture, etc.) can be not only neutral, with zero impact, but also regenerative and restorative, “ with positive externalities ». And biomimetics can, for Lauren Kamili, represent a rather radical break with the current growth model.

As part of these restorative approaches, agroecology and permaculture are biomimetic. Marie-Christine Hergault, curator of “Bio-inspired” at the Cité des sciences et de l’industrie, cites the Bec-Hellouin farm in Normandy, created in 2006 by Perrine and Charles Hervé-Gruyer, who put a range of techniques into practice inspired of the function of natural ecosystems: cultivation on mounds, agroforestry, co-planting, etc. Horticultural production is higher than the national average with virtually no use of fossil fuels.

If all human agriculture were transformed into agroecology, 10% of our current carbon emissions would be absorbed, estimates Pierre Gilbert.

In agroecology, consultant Pierre Gilbert notes, as the soil is not treated with chemicals, earthworms and other microorganisms, the plants’ organic matter is converted into stable carbon residues. If all of human agriculture were transformed into agroecology, 10% of our current carbon emissions would be absorbed, he estimates.

For example, in Nanterre, a 14-hectare park was reconstructed in 2010, where the concrete and sheet pile banks were replaced by ecological developments with aquatic plants (typhoons, phragmites, reeds, etc.) to create habitats for fish and frogs.

But Phytorestore is also mobilizing biomimetics to clean up industrial areas. Since 2010, in Gironde, for the Decons company: the latter, which recycles and recycles scrap metal, discharges a large amount of heavy metals and hydrocarbons into its wastewater. They are now treated using ponds equipped with organic plant filters (bulrush, saw, iris, etc.).

For Pierre Gilbert, it would be necessary to go further and for states to seize biomimetics on a large scale. He’s talking about “ geomimic » to designate biomimicry devoted to combating climate change, a term chosen in opposition to geo-engineering, which proposes to change the climate artificially, for example by injecting sulfur dioxide into the upper atmosphere to cool it without taking into account potential hazards.

For him, wetland restoration is an essential part of this policy. And local communities are increasingly interested in so-called ‘nature-based solutions’.

Manon Gisbert is responsible for the wetland center of the Burgundy-Franche-Comté region, headed by the Franche-Comté Conservatory of Natural Areas. Wetlands (bogs, peat bogs, edges of watercourses, etc.), defined as the interface environments between the land area and the aquatic environment, are protected by the water laws of 1992 and 2006. But they have summer “ many abused and degraded, often drained (we used the term disinfected) for agriculture »she says.

Faced with this, the Conservatory protects and restores these spaces through land acquisition. Drainage ditches are clogged and streams find bays and bends, “ areas where water is slower and can overflow “. After seven years of implementation, the Jura program’s Life peat bogs have made it possible to restore 52 peat bogs, ie 300 hectares. Thus, the total amount of peat found in Burgundy-Franche-Comté reaches 67,588,000 m³, which represents 3.37 million tons of stored carbon, notes Manon Gisbert, or just over half of the annual CO2 emissions.2 European cars.

“ An expansion of the world’s forest areas by a third would absorb the equivalent of ten years of CO emissions2 », adds Pierre Gilbert. But these forests need to be diversified, whereas replanting in France is done by 80% in monoculture, the consultant regrets. Reforestation, he adds, must be biomimetic.

Source of inspiration for architecture and urban planning

Like engineers, architects have long been inspired by nature. Antoni Gaudi’s creations in Barcelona are a good example. The Sagrada Familia, whose construction began in 1882, has very resistant columns that mimic the tree branches. Eastgate Center in Harare, Zimbabwe, built in the 1990s, was inspired by a termite mound to survive without air conditioning. Termites leave a multitude of holes in their habitat that allow air to circulate.

Today, in France, we can quote the project for a new international cancer research center in Lyon. Small metal leaves on the facades of the inner courtyard mimic flower petals by shrinking in the cold and expanding in the heat to protect the building from the sun. The Boulogne-Billancourt School of Science and Biodiversity school complex, which opened in 2014 on the industrial wasteland of the former Renault factories, has a “living” envelope: the perimeter wall consists of faults, cracks and holes inspired by the walls of the rocks. and welcome many birds.

But for consultant Emmanuel Delannoy, we need to go further and create real biomimetic cities capable of feeding their inhabitants with little waterproofing: As in nature, water would circulate there in the ground to be filtered.