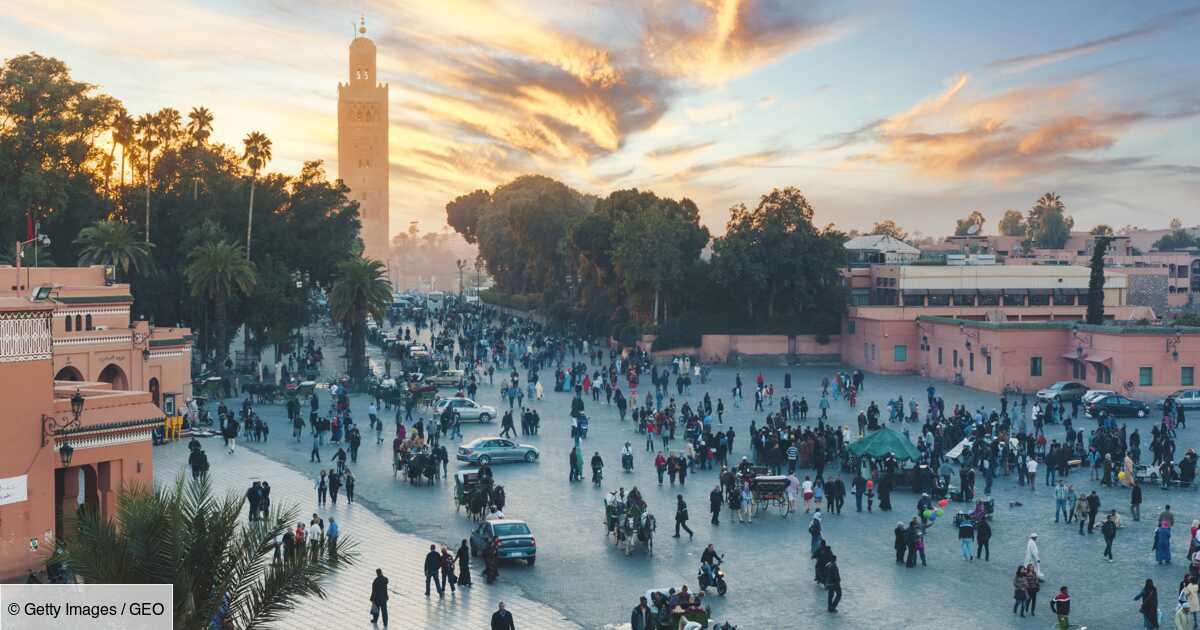 On November 29, Morocco took the decision to close for a period of two weeks for the arrival of airlines from abroad. The Moroccan authorities had already announced the week before that regular flights to and from France were suspended.

A blow to the country, which, as the Christmas holidays approached, had just strengthened its control system for access to the territory, while keeping its borders open.

>> Create your tailor-made journey with our partner

The opening of the Moroccan borders is scheduled for February 7

The Moroccan government has decided to reopen the airspace from February 7 for flights to and from the country, after more than two months of closure, according to a statement released Thursday night by the MAP agency.

Authorities were under pressure from a bankrupt tourism sector, and Moroccans stranded abroad to unblock borders that have been closed since November 29 due to an outbreak of the Omicron variant.

“This Decision complies with the legal provisions relating to the management of the health emergency and follows the recommendations of the Scientific and Technical Commission and taking into account the evolution of the epidemiological situation in the Kingdom.”it is stated in the declaration.

“To support the implementation of this Decision, a Technical Commission is currently examining the measures to be adopted at the border posts and the conditions required for travelers, which will be announced later.”says the same source.

A state of emergency extended to 28 February

The government also on Thursday extended the health emergency, which has been in place since 2020, throughout the territory until 28 February. The border closures have hit the tourism, hotel and catering industries hard, a vital sector of the kingdom’s economy.

Despite the announcement of a two billion dirham (190 million euro) tourism aid plan, tourist operators demonstrated across the kingdom on Wednesday to demand the reopening of borders.

“The closure is giving us a very hard blow as we are now standing still while our costs are still fixed”had testified to AFP Mimoun Azzouzi, owner of a travel agency in Temara, near Rabat. “The people want the borders to be reopened”shouted hundreds of protesters in Marrakech, the tourist capital, according to videos posted on Facebook.

The closure of the airspace has raised strong protests from the large Moroccan diaspora, especially as some private jet companies operated connections to Morocco at exorbitant prices – more than 10,000 euros per. passengers for a single journey. Simple – according to news sites and statements on social media.

If the peak of contaminations with the Omicron variant appears to have been reached during the week of 17 to 23 January, the authorities are nevertheless concerned, according to the Ministry of Health, of an increase in the number of cases of intensive care.

All travelers must be vaccinated, according to a government statement. In addition to the vaccination card, he must present the result of a negative PCR test under 48 hours old when boarding.

Upon arrival in Morocco, he will be subjected to a rapid antigen test and “random” PCR tests will be performed on groups of passengers.

Finally, the authorities give tourists “the opportunity to carry out an additional test at the hotel or in the residence center 48 hours after their entry into the territory”, the press release specifies.

Passengers who test positive must isolate themselves at their place of residence.

Tourism is a sector that is particularly affected in Morocco

To revive the tourism sector, the government has planned a program of partnerships with international tour operators and airlines.

An international advertising campaign is also planned to promote the “Morocco destination”, which will start as soon as foreign tourists return.

The Moroccan tourism sector has been severely shaken by an unprecedented 71% drop in tourist revenues in 2021 compared to 2019. The losses over two years amount to 20 million travelers and 90 billion dirhams (80 million euros) of income in foreign currencies.

The government has launched an emergency plan of two billion dirhams (1.8 million euros) to preserve jobs and enable tourism businesses to cope with the economic constraints resulting from the disruption of their activities. A plan that is considered fearful by actors in the sector.

>> Create your tailor-made journey with our partner

Experience the tailor-made tours from our partner:

Covid-19: In Morocco, tourism professionals demand the reopening of borders

Morocco: eight things to see on the way to a thousand casbahs