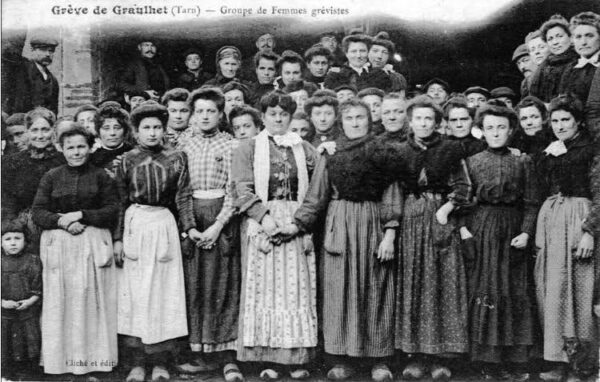 Dear Frustration is our new section created to allow our readers to send us questions, comments or statements that they want a public response to from us. Every week a new letter and a new reply, from one of the six members of the editorial staff. Today, it’s Rob, similar to Yannick, who asked us his question about the lack of hierarchy we have between fights. To participate in “Dear Frustration”, write to us at redaction@frustrationmagazine.fr

After reading your May 2 press release, I wonder about a question that I have a bit of a hard time deciding. You say: “the fight against racism is not secondary to the class struggle. And let’s be even more specific: the fight against anti-Semitism is also not secondary to the fight against other forms of racism. This point is, in my opinion, quite important. My view is that no form of discrimination is productive, intelligent and even less desirable, and this on all aspects of our common existence. I have long been in no doubt about this point.

On the other hand, without wanting to play rivalry with anti-racist struggles of any kind and the class struggle, I notice that the anti-racist, anti-homophobic and feminist struggles are much more widely invited into the public debate than class struggle .. They are also most of the time slandered and hysterical by the mainstream media and despicable personalities like P. Praud. It therefore seems to me absolutely necessary to continue these struggles by all means.

However, I am convinced, and I can be wrong, that the class struggle, that is, the ability to make people understand and realize that our society is organized in such a way that the bourgeoisie, that they are white, Jews, Arabs, blacks, gays, PSG supporters, exploit through dominance over work, inheritance, etc. In this sense, I still feel a little cheated by the idea that all struggles are of the same nature.

I give an example. In a better world, women (I could have said black VS white) would have exactly the same social status as men. Same role in the media and political spheres of power, etc. Would that change anything in the relationship between dominance through work and exploitation? This in no way implies that feminism and disgusting anti-discrimination struggles should not be supported, but can we really put them on equal footing? Thank you for your answers

Thank you for your message.

First of all, we believe that we need to relativize the idea that “anti-racist, anti-homophobia and feminist strugglesWould invite himself Broad in the public debate”. In our view, the “public debate”, a concept that is difficult to define – but let’s say the discourse conducted in the mainstream media and by the majority of the ruling class – has become extremely right-wing, and it is the exact opposite of the discourses very, very reactionary, inviting themselves to it on these themes.

It is true, however, that in a small part of the progressive bourgeoisie, in particular the “cultural bourgeoisie”, certain inclusive ideas have been able to promote, and to be honest, this is good news. Unfortunately, carried by the petty bourgeoisie and the middle class, they are inclusive, but under a bourgeois side. In other words, the occupation is more about having half the female bosses of CAC 40 than destroying CAC 40.

What is called “intersectionality”, that is, understanding how different layers of exploitation and dominance affect and reinforce each other, fortunately allows us to organize these struggles.

If the class struggle may seem invisible by other struggles, it is for the simple reason that the class struggle becomes invisible by the bourgeoisie in general, which monopolizes this so-called “public debate” by monopolizing the media, although some Other struggles may have broken out within certain sections (always a minority) of the bourgeoisie. Moreover, these never go beyond a moderate level of radicalism, too very often radical anti-racism or radical feminism leads to anti-capitalism.

Not all matches are the same. Feminist issues, patriarchy, cannot completely interfere in anti-capitalist struggles: Anthropology teaches us that patriarchy precedes the rise of capitalism. Getting out of capitalism does not guarantee us to get out of patriarchy.

Similarly, if for many Marxist anti-racists, like the feminist activist Angela Davis, like the Black Panthers more generally, racism is largely a product of capitalism, it also brings its own effects.

In any case, the hierarchy of our struggles most often depends on our own subjectivity, our own affects. A sexually abused woman, even though she is very preoccupied with issues of class struggle, will certainly perceive the struggle against gender-based violence as one of the first struggles that allows women to guarantee their freedom and their security. In the same way as for a racialized person who is a victim of repeated police and / or racist violence, although likely heirs to a colonial system inherent in capitalism, their right to life will first go through these struggles. That is why it is especially important to formulate these struggles properly so as not to leave anyone behind.

So let’s go back to your example:In a better world, women (I could have said black VS white) would have exactly the same social status as men. Same role in the media and political spheres of power, etc. Would that change anything in the relationship between dominance through work and exploitation?”

This would change certain things regarding working conditions and exploitation because women are overrepresented in the most precarious and lowest paid jobs: all other things being equal, it would therefore be an injustice less. Moreover, much of the capitalist exploitation is historically based on women’s free housework. Conversely, in order for women to achieve a social status similar to men, they had to be exempted from the double working day, which is the norm for many of them – probably the majority. To do this, the most effective way would be to socialize part of the domestic work – which would run counter to certain logics of capitalism.

But basically, capitalism might actually be able to adapt to a more successful female liberation.

Conversely, would an exit from capitalism without a fight against patriarchy guarantee us a significant reduction in rapes? incest? murder of women? social injunctions? gender stereotypes? transphobic and homophobic attacks? For many women and gender minorities, these dominances are at least as violent constraints, at least as structuring, if not sometimes more so, than questions of class.

At Frustration, this reflection is very important to us, we believe that it is possible to bring these struggles together and that they should under no circumstances be ruled out. Unfortunately, we have noticed, in the reproaches we have received, that our articles on the class struggle are often accused of being “class-first”, while our articles more specifically on anti-racist and feminist issues are accused of “making the class struggle invisible”. Not really, either: anti-racist and feminist struggles include elements of class struggle and their own elements, and the anti-capitalist struggle can, to be complete, also not be patriarchal and dispense with anti-racism issues. We tried to answer some of this in our article “There are no societal issues that have always been only social issues”.

In the hope of answering your question, we wish you, dear Yannick, good revolutions