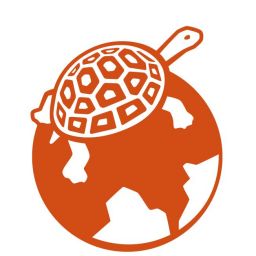 Announced in April last year, the Fnac Darty Group’s acquisition of the Nature & Découverte brand has just been completed. The Group announces in a press release that it has obtained all the necessary permits to repurchase all Nature & Découverte shares in circulation. Nature & Découverte was 85% owned by the Lemarchand family and 15% by the Raise Investissement Fund.

“Nature & Découvertes is an inspiring company, based on the visionary idea of ​​François Lemarchand and his family for an environmentally responsible model”

The Fnac Darty group thus offers itself a fine name and mixes in the niche with well-being, discovery and naturalness. This acquisition will further strengthen the brand image of the Fnac Darty Group, which is using the opportunity to confirm its obligation to “an informed customer choice, as well as for a more circular and responsible economy”under the conditions ofEnrique MartinezCEO of Fnac Darty, who spoke in April last year when the Fnac Darty group announced that they wanted to take over Nature & Découvertes.

Nature & Découverte is actually known for its strong commitment to ethical, ecological and responsible consumptionan obligation fulfilled especially by obtaining B Corp certified in 2010, but above all by financing Nature & Discovery Foundation whose calling is to support projects for the protection of biodiversity and nature education. “Nature & Découvertes is truly an inspiring company based on François Lemarchand’s and his family’s visionary idea of ​​an environmentally responsible model, backed by an innovative foundation working to protect biodiversity and nature education.”comments Enrique Martinez.

François Lemarchand, Chairman of the Supervisory Board of Nature & Découvertes, stated that “thanks to this merger with Fnac Darty, Nature & Découvertes will be able to accelerate its development with the opening of new stores or shop-in-shops and strengthen its digital platform »adds it “Fnac Darty’s international expertise will be invaluable and will enable it to reach one community of customers in search of naturalness and culture ».

Nature & Découverte should in fact take advantage of this integration in the Fnac Darty group to conquer new markets, especially internationally, but also in French regions where the brand is not yet established. Internationally, the group mentions one in particular forthcoming development of the Nature & Découvertes brand on the Iberian Peninsula. In France, shops in store Nature & Discoveries should see the light of day in several new cities before the end of 2019. Finally, Nature & Découvertes omnichannel strategy should also benefit from the digital expertise of the Fnac Darty Group.

This acquisition of Nature & Découverte by Fnac Darty is a breath of fresh air for the group, which was strongly affected by the yellow vest movement at the end of 2018, which would have contributed to an estimated revenue loss of 45 million euros in France and Belgium due to of store closures and lower number of visitors during this crucial period. In addition to this loss, there were extraordinary costs in connection with its transformation plan, payment of the activity bonus and other extraordinary financial items (refinancing of the bond loan, application of the new IFRS 16 standard), which led to a sharp decline in the Group’s operations. profit, which fell to € 20.7 million in the first half compared to € 35 million in the first half of 2018.

This fall was severely punished by investors, causing Fnac Darty shares to fall by more than 10% since July 26 following the release of the half-year results. A stock market sanction qualified as serious by many observers given the dynamics of the group, which in parallel recorded an increase in its sales and revenue in the same period and showed a reassuring stability before the second half of the year, known to be most important.

“Thanks to its efforts over the past six months, the group is perfectly positioned to meet the challenges of the second half of the year, the most important of the year”stated Enrique Martinez in connection with the publication of the Group’s half-year results.