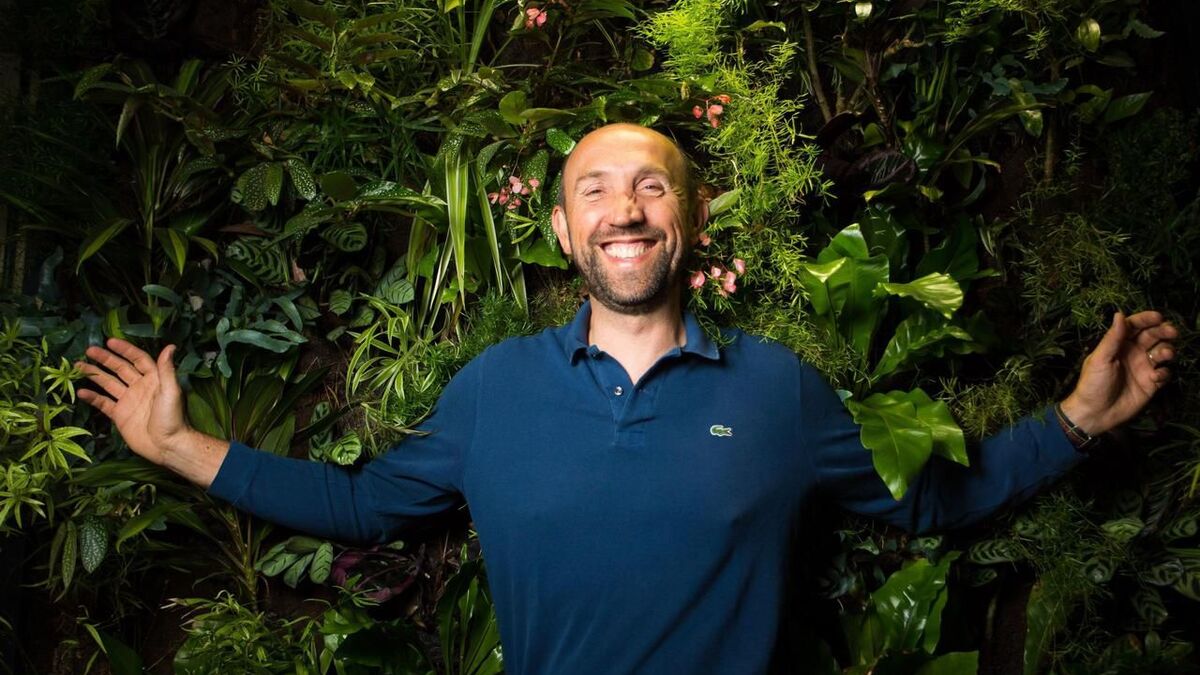 What is the Nature & Discoveries concept?

ANTOINE LEMARCHAND. We collect indoor and outdoor universes (Editor’s note: indoor and outdoor recreation) for the whole family with a strong dose of culture. Books, CDs and DVDs represent approximately 20% of our turnover of 206 million euros in 2017. Our growth over the last five years is 26%. This concept of a nature oasis in the heart of cities has been crucial to the success of the company. We have established stores all over France, in shopping malls and in city centers.

We open three stores a year. Five have been closed for 28 years, of which 3 for financial reasons. In fact, the company is an ecosystem consisting of a commercial structure with 95 stores and a website with which we make 10% of our sales. Our stores allow us to offer educational activities in the form of excursions or workshops: donkey rides in Vexin, introduction to Tai-Chi, deer plate in Sologne, discovery of essential oils, etc.

You also have a fund …

Instead, it is a business contribution to biodiversity and nature education through funding. Since its establishment in 1994, the fund has lived on the equivalent of 10% of the company’s net profit. In addition, with each club card sold (Editor’s note: € 6), we give him 1 €. To date, almost 1,200 projects have been funded for an amount of over 7 million. EUR (Read below).

Can the concept be exported?

I wanted to develop internationally. The need for nature is global and it will increase in light of the degradation of urban air and ecological awareness. We are present in Germany, the Benelux and Switzerland. My father, that was not his thing.

What is the development strategy?

Depending on the possibilities. We have some debt and we are in favor of self-financing. The demand for store openings is great, but a store and its inventory represent an investment of 800,000 to 1 M € for 400 m2. We pay for it two and a half years later.

Where do your products come from?

In addition to books, we sell 70% of exclusive products that we design with suppliers from existing items. But 30% of our products are exclusively designed by our teams or freelancers with suppliers. We strive for 100% exclusivity to differentiate ourselves from the offer on the Internet and from other brands.

How many suppliers do you have?

About 500, of which 380, which gives 90% of our offer. These are mainly VSE SMEs: 60% French and 8% from the rest of Europe. The others are located in China, Cambodia, India, El Salvador … We want to increase the European share because it is easier to create exclusive products there. Nevertheless, we are called Nature et Découvertes, with a strong notion of travel. If we find very beautiful things in Bali, we do not forbid ourselves to buy.

Do you have purchase requests?

To increase the digital part, it could be interesting to buy e-commerce sites with a turnover of between 1 M € and 5 M € of the turnover to out-season our very strong activity during the holiday season. I think for example. on online gardening. We’re looking at files, but I’m not in a hurry to buy at the moment, the market is too expensive.

What about diversification projects?

Above all, we need to develop the city center format, which is twice as small. The latest, Plants, which has just opened in Boulogne-Billancourt, extends over 130 m2. It is a development of the concept Nature and Discoveries: to focus only on a specific range of products. We opened some in La Rochelle (Charente-Maritime), in Béziers (Hérault). This small format will be easier to export.

The new phase will be to offer more and more shop-in-shops (Editor’s note: limited space in a brand’s point of sale) to merchants who have the space and vocation to provide a stronger cultural dimension. We have already been doing this for 8 years in Switzerland with the Payot bookstore chain. We have put everything there except books. It is our only franchisee at the moment.

Is it important for you to remain independent?

The Lemarchand family owns 80% of the capital. We want to remain in the majority, but we are open to any partnership to go international faster.

We have not heard of it for a long time. However, rumors of belonging to the lunar sect, then to Scientologists, have been cool. ” My parents (Editor’s note: the founders) suffered from it 15 years ago, answers Antoine Lemarchand, CEO of Nature & Découvertes. As for me, I have not been confronted with it ”. Nevertheless, when he was CEO, his father had found it appropriate to state on the brand’s website: “No, Nature & Découvertes are definitely not affiliated with a sect”. A rumor which, according to the CEO, unfortunately follows the company “for years without anyone knowing its origin. It spreads without any element allowing it to be stopped, even though it seems to be right in regression ”. In 2006, a study conducted by Miviludes (Interministerial Mission for Vigilance and Combating Sectarian Aberrations) ended up denying these gossips.

“We were quite pioneers in all areas of zen, feng shui, new age music, we sold incense …”, the current leader argues to try to explain this accusation. The fund also disrupted. “At that time there were few, he continues, some wondered about the destination of the money”. For him, the success of the company and its proliferation have averted gossip. Each year, the Fondation de France verifies that the recipients of the donations are only official and declared environmental protection associations under the 1901 Act; in this case the League for the Protection of Birds, the clubs Understanding and Protection of Nature and essentially the Scouts de France.

1972. Born in Champigny-sur-Marne (Val-de-Marne). His parents are the founders of Pier Import (sold in 1990) and the Nature & Découvertes chain. 1996. Graduated from the ESSEC group. 1999. Co-founded and managed planeteclient.com, the first B to B portal for customer relationship management. 2001. Takes over the management of Résonances, a decoration and service brand. 2011. Became chairman and CEO of Nature & Découvertes after serving as vice chairman for two years.