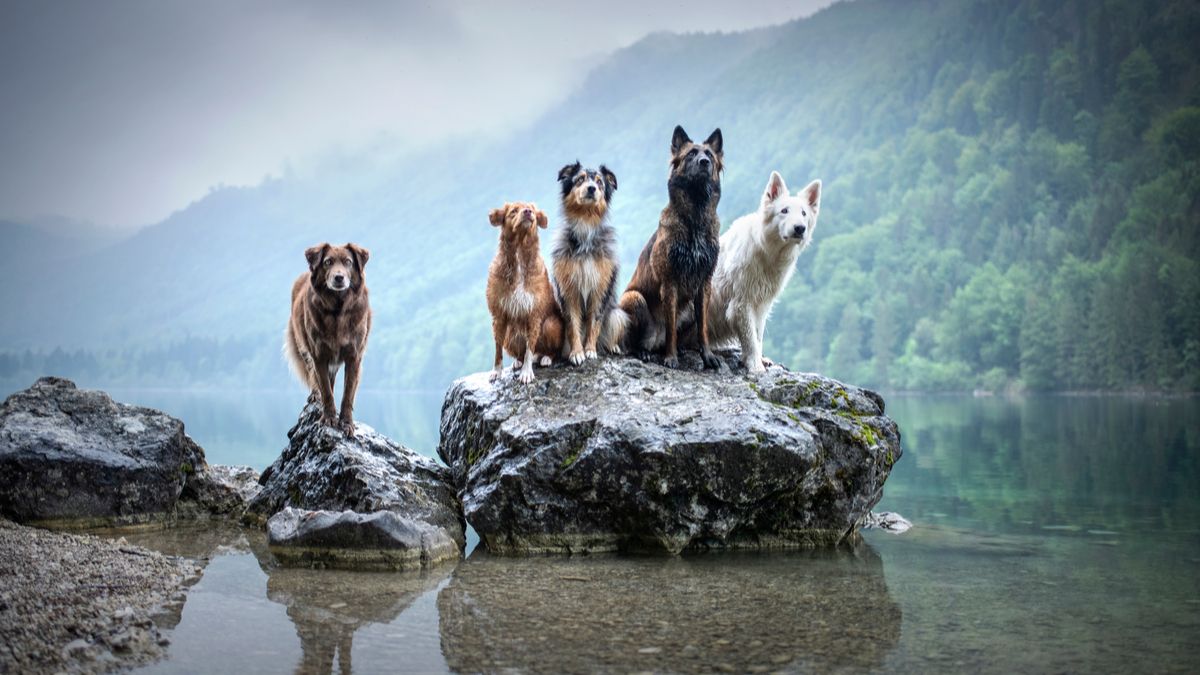 Recent analyzes have shown that the emergence of the genetic factors in the origin of the various dog behavior traits preceded several thousand years before modern breeds.

While the divergence between dogs and wolves dates back about 15,000 years, it was not until the 19th century that humans began to choose their peers based on certain physical and aesthetic characteristics that we associate with modern breeds. These traits are still considered reliable indicators of a dog’s temperament and behavior, with some breeds, for example, perceived as easy to train, loving or very active.

also read Why do dogs and some animals lick their wounds?

For this study published in the journal Scienceresearchers from MY and of Harvard tried to fill what they see as a gap in our understanding of this relationship, pointing to the lack of genetic studies linking behavior to ancestry. To do this, they analyzed the genomic sequences of more than 2,000 dogs and matched data from 200,000 responses to owner surveys on their pets’ behavior and physical characteristics, covering 78 different breeds.

This analysis revealed that behavioral traits were influenced by a combination of environmental factors and dog genetics, but modern breed classification played only a minor role. The team identified 11 unique regions in the dog’s genome that were strongly related to behavior, and found that none of them were specifically associated with any particular modern breed. According to the researchers, a breed’s contribution to a dog’s behavior was even quite insignificant (around 9%).

“While genetics play a role in every dog’s personality, the specific dog breed is not a good predictor of these traits. “, highlighted Elinor Karlsson, lead author of the study. ” A dog’s personality and behavior are shaped by many genes as well as their life experiences. Such traits could hardly be selected by breeding. »

The result of thousands of years of evolution

Some behaviors were more strongly associated with factors other than race. Age was thus a better indicator of the likelihood that a dog would play with its toy, and gender of the possibility that it would lift its paw to urinate. Researchers have also not been able to find behaviors that are exclusive to a given breed. Although Labradors have the slightest tendency to bark, 8% of owners still report this behavior.

” The majority of the behaviors that we consider to be characteristics of certain modern dog breeds are most likely the result of thousands of years of evolution, from wolves to wild dogs, then to domestic dogs, and finally to modern breeds. “, appreciated Karlsson. ” These inherited traits are thousands of years ahead of our concept of modern dog breeds. Each breed has inherited the genetic variation carried by the old dogs, though not always with exactly the same frequencies. Today, these differences are manifested in differences in personality and behavior observed in a certain proportion of representatives of the same race.. »

“In most cases the breeds differ only subtly from other dogs”

The study also suggests that there are few differences in certain types of behavior between mix and breed dogs. If the ability to obey, that is, the way they respond to human commands, are more likely to be correlated with race when it comes to dealing with the latter or the likelihood of them becoming afraid, race is virtually irrelevant .

also read Why do cats and dogs rub their bottoms on the floor?

” In most cases, the breeds differ only subtly from other dogs “, Explain Karlsson. ” Although kindness is the trait we usually associate with golden retrievers, we have found that the defining elements of these dogs are their physical characteristics, the shape of their ears, the color and quality of their fur, their size and not that. that makes them friendly. A Golden Retriever is only marginally more likely to be friendlier than a mixed breed dog or other purebred dog, such as a dachshund. »