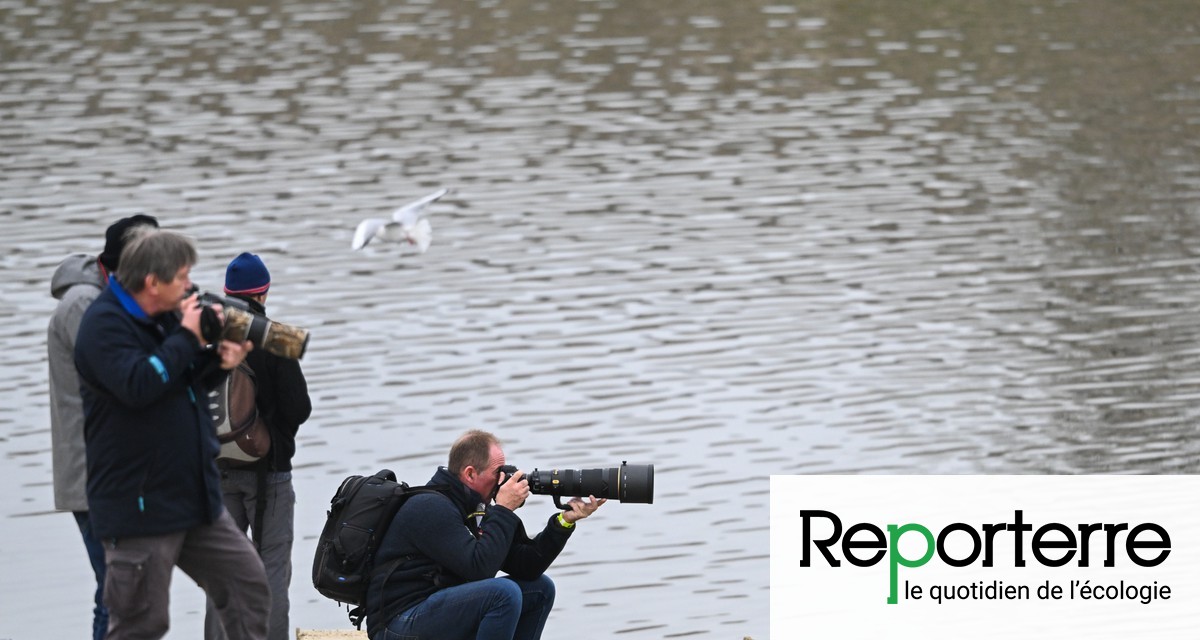 It was an inevitable event for lovers of nature photography. For the 24th year in a row, the international festival Montier-en-Der (Haute-Marne) welcomed 44,000 visitors over four days and more than a hundred exhibitions. The small town was transformed into the capital of nature’s expanded universe, where through the greyness and drizzle one strolled the streets filled with outdoor exhibits, stopping in front of the gaze of a lynx or a litter of foxes, admiring the mysteries of the underwater depths.

For several years, nature photography has been on the rise. Social networks have made it possible to disseminate images of biodiversity to the four corners of the world along with the availability of photographic material. In the village of brands, Ludovic Drean, head of Nikon’s pro service, declares it “ the release of an ultra-light and affordable long-range lens has caused sales to explode, and with technical advances, access to successful photography is becoming easier and easier ». In this 1,000 m large gymnasium transformed into a temple of photographic equipment, we test the latest innovations. 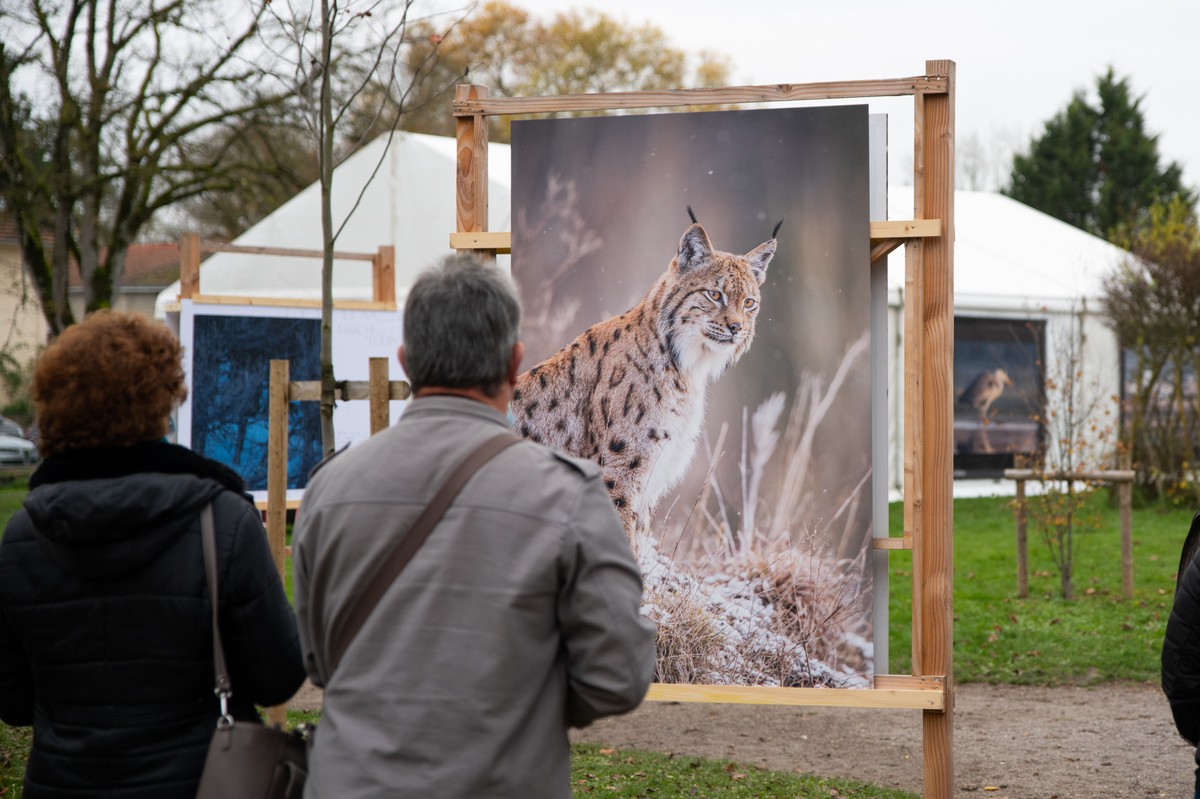 The streets were adorned with many shots. © Théo Tzélépoglou / Report

This activity, which was previously reserved for natural scientists, has become widely democratized, which can be problematic for biodiversity: “ Twenty years ago, I was the only one photographing the short-eared owl. Now there are ten cars around spot. As soon as a person is discovered, it goes on social networks »said Report Louis-Marie Préau, natural science photographer and jury president for this year’s competition. “ The danger is that a person who is not a natural scientist will not perceive the signal of an alarming animal, a sign of disturbance. »

For Véronique Thiéry, founder of the environmental education and nature conservation association Mille Traces, photographers have no bad intentions. The problem comes from the fact that most people are not aware that they are disturbing even though the animal appears to be calm. “ We regularly see photographers pasted to the entrance to the marmot graveshe explains. Although the animal seems to get used to the photographer’s presence, it eats less and will take on less fat. Therefore, he will wake up from hibernation a month earlier when there is still snow, and will starve. » 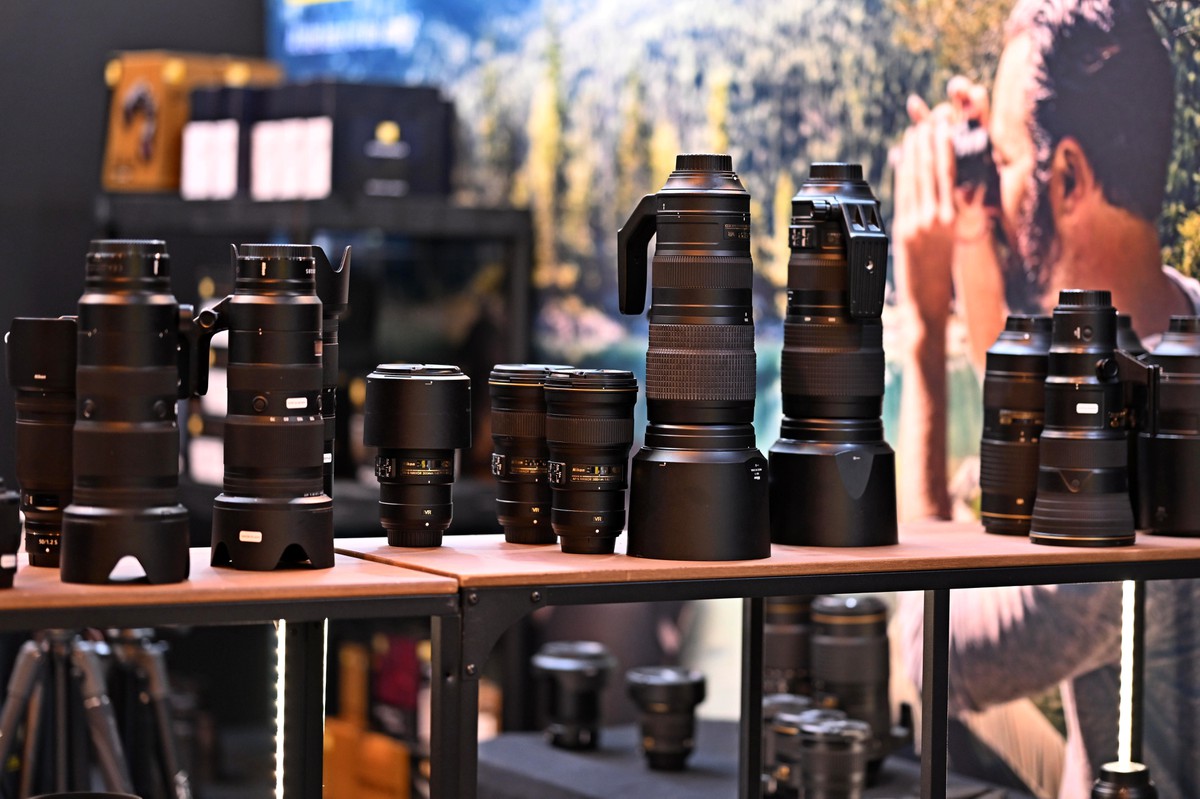 Other tools like iron [1] or bait affects wildlife. Regularly used and multiplied by the large number of photographers, they can be a significant source of inconvenience. Behind the image is the lure of profit, the desire to create his own image, a kind of trophy. “ We no longer advertise pilot releases due to poaching and photographers who came nearby to get their shots. The real photographer is the lookouts and the hunt that seduces him »says a volunteer from Athena’s Wildlife Center.

As a victim of its success, the democratization of nature photography would for some have meant that this connection was lost, above all, for the living. In front of a photo of an Iberian lynx, photographer Teddy Bracard defends a naturalistic vision of the image: “ I came to nature photography. I seek to identify animal tracks, to understand how they live. The picture is a plus. On the networks, there are many people who are only there for the picture. For example, under the plate there are many photographers who hear the deer and try to take pictures as they approach, which is disturbing. For my part, I prepare my lookouts in August, and I place myself there two hours before sunrise in October, under the plate. »

“ Many people think more of the glory than the naturalistic approach »

Would the naturalist be a role model for good behavior thanks to his knowledge of the terrain ? Not really, according to Teddy Bracard: “ Some naturalists are like that too. I admit that I am a little disgusted by the world of nature photography because I see many people who think more about the glory than the naturalistic approach. » Moreover, the experience does not avoid unpleasant surprises. An experienced naturalist photographer testifies: “ I will never again go looking near a fox hole, because despite my precautions, the mother moved the little ones right after I came. » 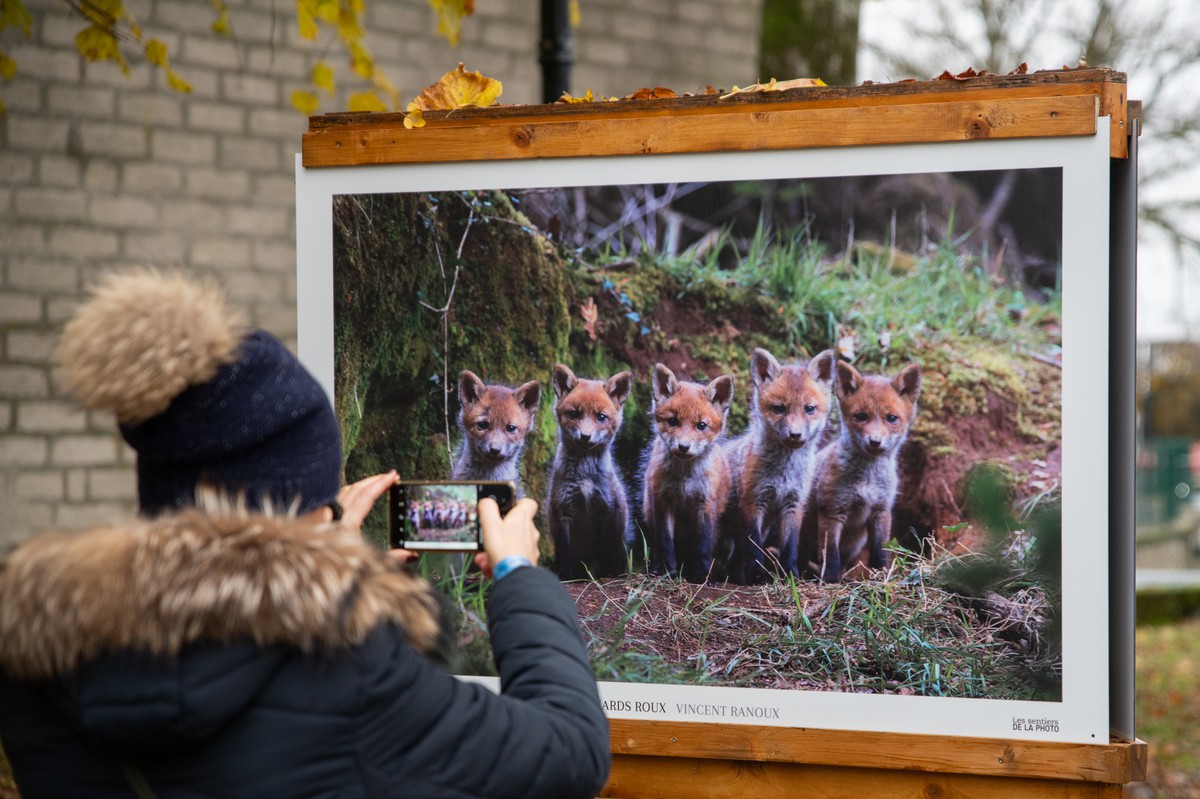 This quest for recognition also involves the desire to win photo competitions, thanks to increasingly technical and spectacular images. For this purpose, ethics is sometimes referred to second place. For Louis-Marie Préau, chair of the jury for the 2021 edition of the Montier-en-Der competition, “ there are pretty strict rules. With experience, we manage to recognize suspicious images, but sometimes it is not necessarily visible, there are always pitfalls. » This has never happened before for the Montier-en-Der competition, but some major competitions have already withdrawn prizes a posteriori, after a deception, such as the image of a stuffed animal, was revealed. This year, a glutton chased by a crow in the Scandinavian snow won the Montier-en-Der main prize. 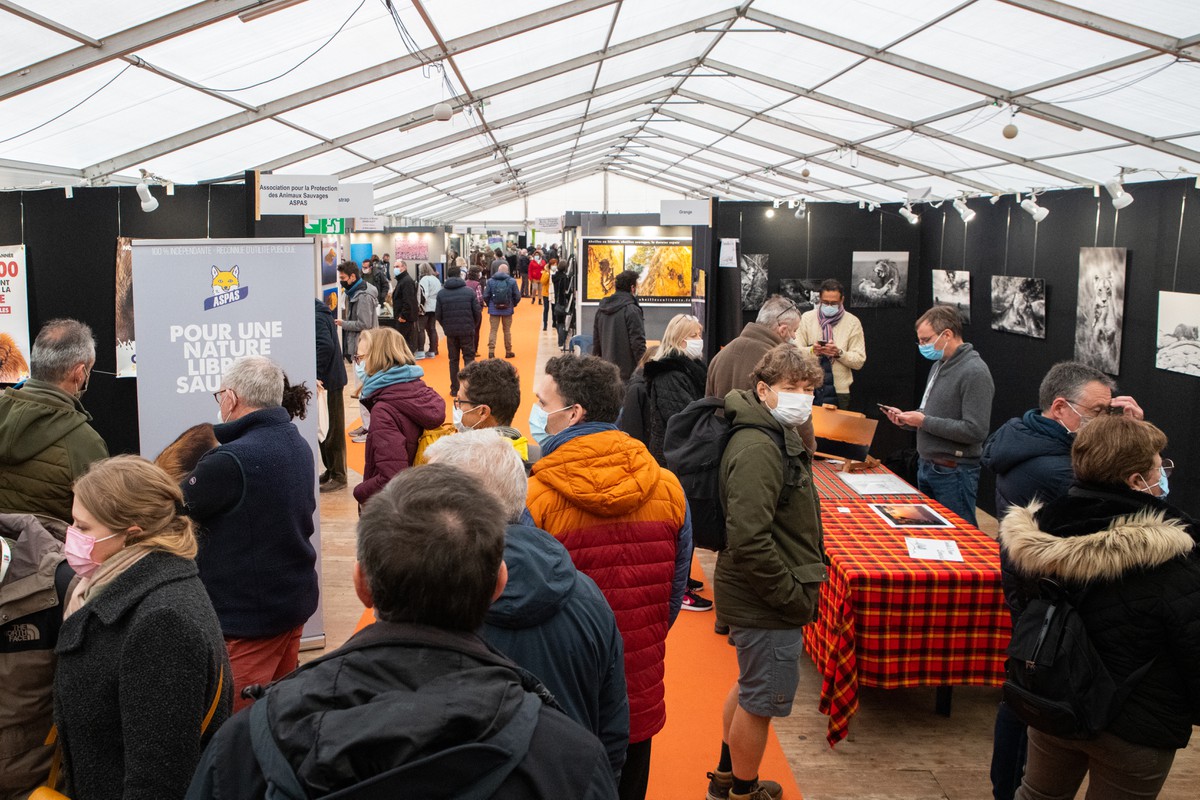 At the entrance to the tent. © Théo Tzélépoglou / Report

Some acclaimed photographers are real role models in spite of themselves. This is the case with Laurent Ballesta, who presented his exhibition Planète Méditerranée at the Halle aux grains. “ It seems to me to see a race for achievement via the lure of success. It goes through technical innovation, records … » The marine photographer, known for his dedicated dives, marvels at his “ responsibility to pressure some to always do more » and regrets that there is “ a loss of nobility in the absence of a solitary approach, of a potentially fruitless wait ».

On dry land, the name Vincent Munier often comes up. A pioneer in his artistic naturalistic approach and his evocative images, the photographer enjoys shades of minimalist white. Exhibited with his film The snow panther Directed by Marie Amiguet, who sold out the festival, her travels arouse some enthusiasm. In the tour operator section of the big top, Vincent Frances, founder of the agency Photographe du monde, says he has seen a strong demand for travel to Tibet. “ people told us “Vincent Munier did what we want to do there.” While some agencies seized the opportunity, Vincent Frances refused to organize trips to this region. “ We must leave certain territories and species at peace »the goal is “ avoid the safari effect with thirty 4×4 around a lion ». 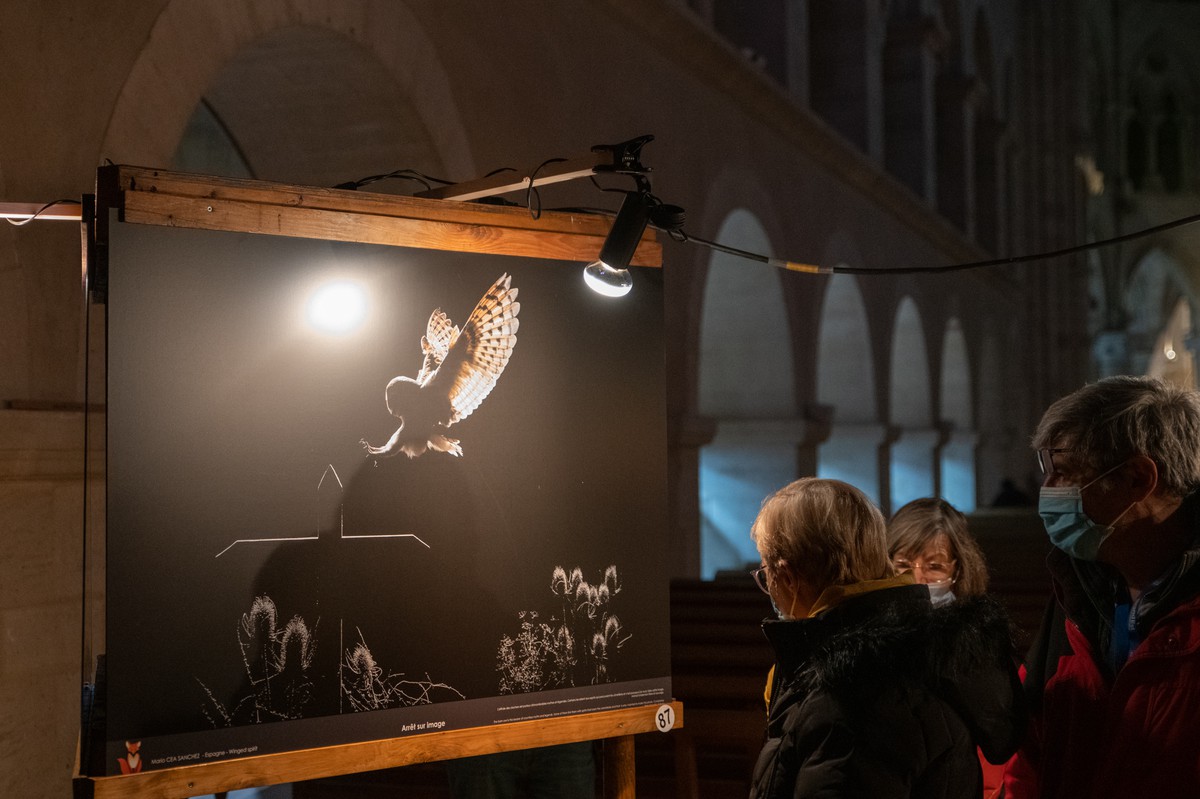 For their part, the guides on the photo stays demonstrate pedagogy to create awareness among photographers. “ At first, we felt the pressure from photographers to see certain species. From now on we explain to them that nature is not a zoo, we must accept the idea that we can not see anything »says Patrice Aguilar, photographer and guide at the Amarok agency.

When it comes to photo tours, Vincent Frances is sure: “ Young people travel differently, stays will develop in collaboration with tomorrow’s travelers, who are more respectful of the environment. » This passion has the benefit of showing and sharing beauty, a primary calling among the interviewed photographers. “ It’s still better than carrying a gun »ends Louis-Marie Préau.

Our report in pictures: 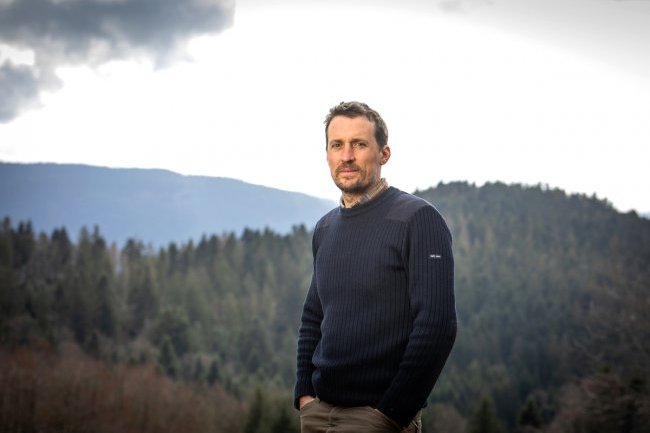 Vincent Munier: The task of a wildlife photographer is to evoke emotions through beauty »

[1] The repetition consists in broadcasting the songs and other sounds of a kind for the purpose of showing the animals that would respond to it.