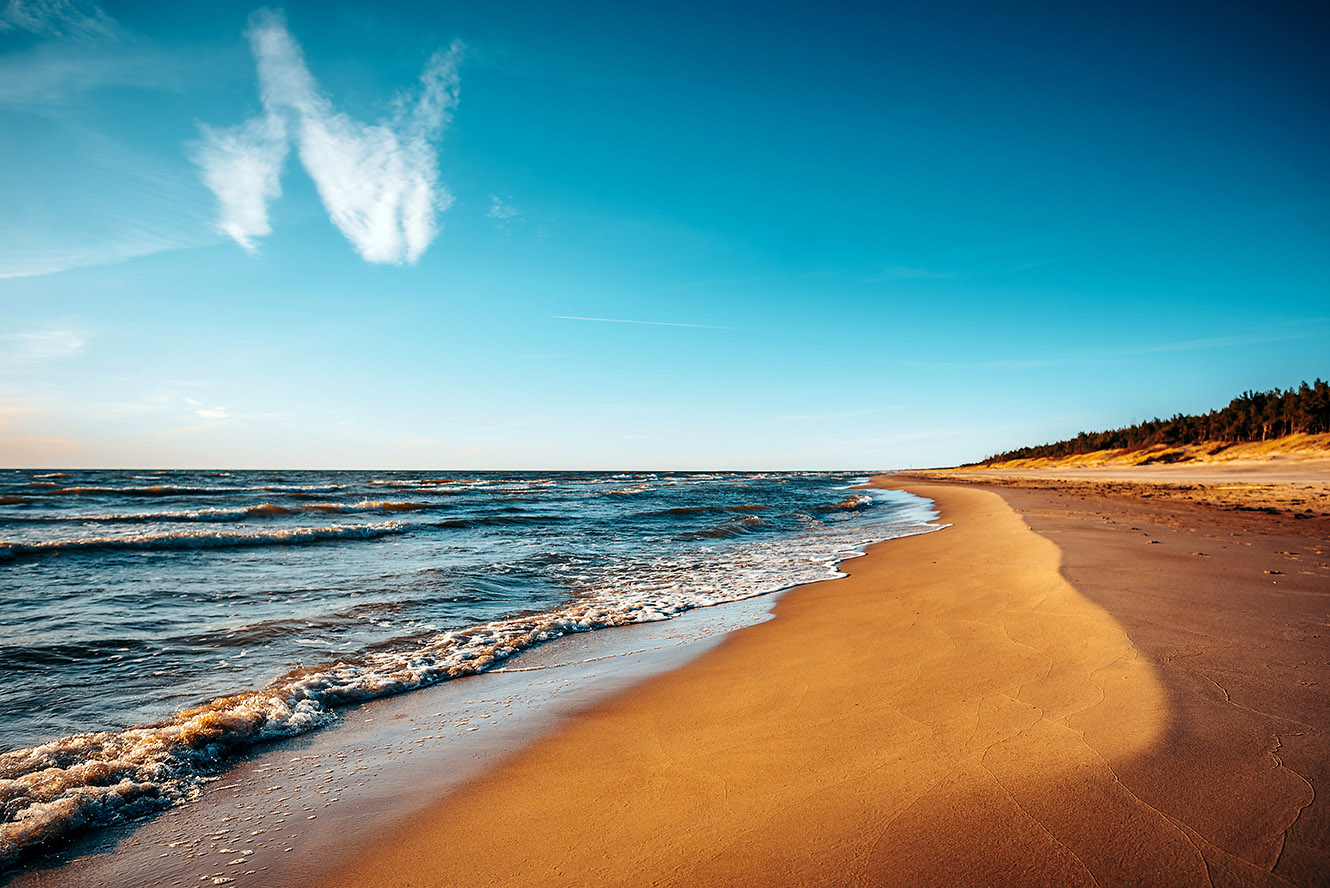 Sea festival, city anniversaries and hot air balloon championships, Lithuania embraces the warm season and with it a host of cultural events to attract visitors from all over the world.

Also an opportunity to discover the flourishing nature of this beautiful country, and lots of festivities to Kaunasthe second largest city this year is the European Capital of Culture with 1,000 events planned throughout the territory.

The main attraction of spring will be The confluencean event that takes place in the month of May and will include the magic of the rivers Neris and Nemunas from the city. Visitors will be invited to a wild spectacle of circus acrobats, water performances, musical river rides, live music and visual projections. Vilnius which predicts its 700th anniversary, on July 25, the capital will be a unique international music arena. Held in the city’s largest public green space, Vingis Park, the concert will attract lovers of classical, pop, electronic, dance music and a host of other genres for a day full of audiovisual performances by Lithuanian and world-renowned artists.

Captivating festivals by the water

The laid-back Lithuanian port city Klaipeda, located on the shores of the Baltic Sea, attracts thousands of visitors to its summer sea festival every year. The nautical-themed event will permeate the entire city in July, inviting you to take a trip to the fairs filled with handmade delicacies and craft memorabilia, admire the majestic ships in the marina and stroll in the tangled city of the streets radiating charm by the sea. .

Another water town and the most famous medieval town in the country, Trakai, will also celebrate its 700th anniversary this year. To mark the occasion in June next year, the 15th-century Gothic castle on Trakai Island, surrounded by a sparkling lake, will be brought to life by romantic performances by renowned British artists Passenger and Tom Odell.

Festivities in the air

Birstonasone of the most popular holiday resorts known for its healing mineral springs and mud, will take the summer festivities to the next level with a hot air balloon championship on June 9th and 12th. Pilots will have to maneuver around the obstacle course while battling the atmospheric elements.

Spectators will also have the opportunity to take a ride with the competing hot air balloons, while the less adventurous can admire the planes that invade the horizon from the city streets or from the lookout tower located nearby. At 55 meters high, the tower offers breathtaking views of the green valley Nemunas river.

Mineral water, pine-scented air, therapeutic mud and Baltic amber – the Lithuanian nature is full of them, and in Lithuania’s spa towns you will experience the perfect harmony between nature and medicine.

HAVE Druskininkai one of the best and most dynamic seaside resorts in the country to drink mineral water directly from natural sources and take baths in natural therapeutic peat. The city is located in a picturesque landscape with rivers, lakes, hills and forests. Discovering from the cable car that connects the Druskininkai Water Park and the Snow Arena is the only winter sports complex open all year round in the Baltic States.

Birstonas is located on the right bank of the Nemunas River and surrounded by the Nemunas Loops Regional Park. It is one of the oldest and most beautiful spa resorts in Lithuania. Known for its royal roots and famous mineral waters, the resort is only 90 km from Vilnius and only 40 km from Kaunas.

Palanga is a seaside resort known for its white sandy beaches and pleasant dunes. A resort with a double personality: a peaceful wonderland in winter and an exciting party place in summer. Palanga offers wellness and beauty services.

Gastronomy: A key element of the trip!

The secret behind the alchemy of Lithuanian cuisine is the legacy of the gastronomic traditions of different nations, Karaites, Tatars, Jews, Greeks, French, Italians, Germans, so the boiling national stew also enriched the national cuisine. With the help of experts and more than 10,000 Lithuanians – who voted in a vote to select Lithuanian dishes to include on a national menu, they chose the 15 most popular dishes, which are now part of the Lithuanian gastronomic experience. They now occupy an optional place in the menus of restaurants all over Lithuania. The participating restaurants already offer these dishes, which can be recognized on the label of the national menu glued to their windows, facilitating the search for the perfect place to taste Lithuanian dishes and drinks.

Lithuania offers its travelers the opportunity to discover its flourishing nature and its many cultural events, the idea of ​​a global Lithuania is very important for any Lithuanian.

Lithuania is the largest of the three Baltic countries, geographically Lithuania is a country in Northern Europe. Barely 200 kilometers from the Baltic Sea separates Lithuania and Sweden, a distance that can be traveled by ferries, yachts or even windsurfers. An opportunity to explore these unknown lands, its many lakes, its dense forests and its national parks. A surprising destination so much of its beauty that one will appreciate so much more its visit if one is also interested in its history.