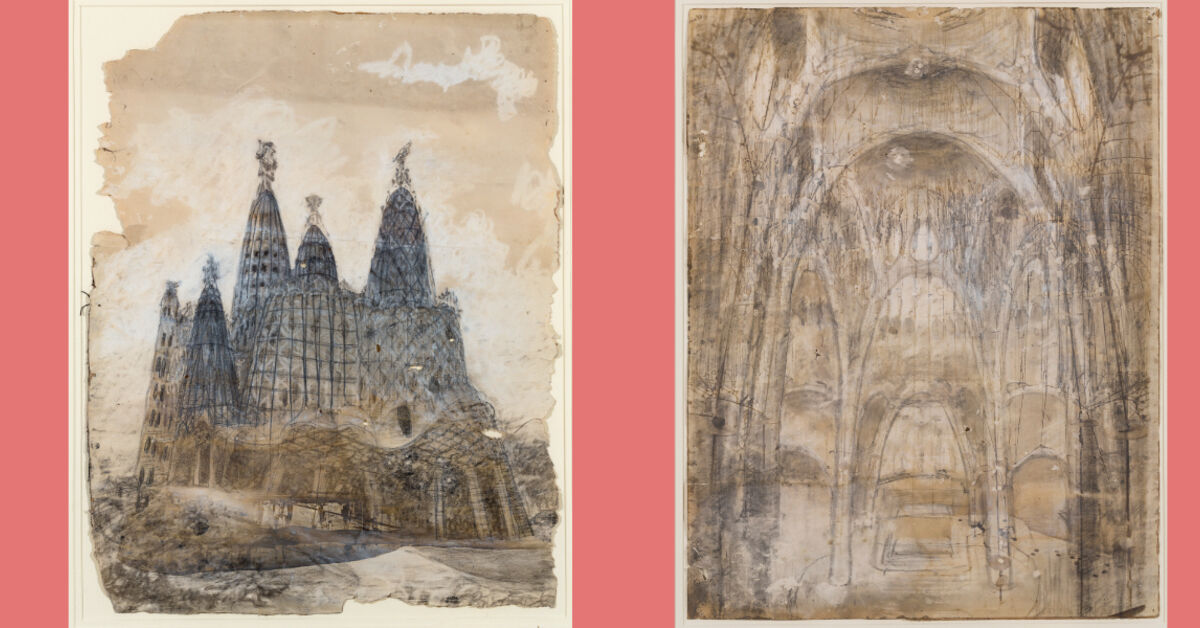 Classic training – “Either he’s a genius or he’s crazy”would have launched the director of the School of Architecture in Barcelona aboutAntoni Gaudi (1852-1926), which earned him his diploma in 1878. At this institution’s library, he trained in the innovative ideas ofEugene Viollet-le-Duc (known for its rationalism and its restorations of buildings such as Notre-Dame de Paris or Mont-Saint-Michel), to those of the English writer, poet and painter John Ruskinor even to the architect’s thought Owen Jones (known for his writings on ornamentation, his detailed study of the Alhambra, and his travels in Spain, Greece, Turkey, and Egypt). In 1878 he met Eusebi Guell, a wealthy industrialist who became his patron and friend. Together, they shared the religious faith and passion of Catalonia and launched Gaudí’s major architectural projects: palaces, hotels, parks, churches, temples, and even furniture.

The pursuit of style – For Viollet-le-Duc, “Style is for a work of art what blood is for the human body; it develops it, nourishes it, gives it strength, health, duration. » Gaudí was inspired by Gothic art, Mudéjar (Spanish Christian art influenced by Muslim art), Mozarabic (Spanish-speaking Christians speak Arabic), Baroque and European Art Nouveau. It gradually differs from the influences of the past by showing a typical Catalan modern and urban style, where transformed nature is ubiquitous.

Key works – Gaudí’s fate is linked to the city of Barcelona, ​​where he spent almost his entire life. He built there, among other things, the Güell Palace in 1889, the Casa Mila in 1907 the Park Güell was laid out from 1900 to 1914, or even the huge building of Sagrada Familiabasilica, whose colossal construction began in 1882 and is still not completed to this day (a prioriit was to be in 2026, the centenary of the architect’s death).

Do something new with Catalonia

Renovation of buildings – Viollet-le-Duc’s regulations affect Gaudí. Restoration is not just a technical job ; it is a creation from a material that is already there. “Restoring a building is not about maintaining, repairing or remodeling it, it is about restoring it to a complete condition that may never have existed at any given time.” (Eugene Viollet-le-Duc, Reasoned Dictionary of French Architecture of the XIand in the 16thand century, 1854). Gaudí truly developed his own technique in contact with the ancient when he helped his master, the architect Joan Martorell, for the renovation of the façade of Barcelona Cathedral. By observing the ancestral techniques of construction (the vault) and decoration (the ornamentation), he learns to renew the architecture and to create new forms (the parabolic arch, rather called in architecture the overhead line arch), while respecting the past. The application of his knowledge acquired in the library allows him to become aware of the very nature of news : it is not a negation of the past, but its integration and its sublimation into the present, which is creation. Renovation is not only about repairing, it is also about making something new out of the old. This is the beginning of Catalan art nouveau.

Back to Origin – “Nothing has been invented, because nature has already written everything. Originality always consists in going back to the origin “, says Gaudí. Faithful to his Catalan origins, but also to humanity, Gaudí likes to use raw materials such as slag and natural stone. The work with the concrete and the slope of the columns are reminiscent of the caves and the first human troglodyte habitats, dug into the rocks on the mountainside. The recurring presence of water (such as in the fountain in Park Güell) symbolizes the origin of life. He then developed his own style, a kind of modernism that was both prehistoric and historical, and recreated a meticulously reworked wild nature in the heart of the city.

Organic forms – “Seek the cause of every form, because every form has its cause” (Eugene Viollet-le-Duc, foreword to Architecture lectures, 1863). True to Viollet-le-Duc’s modernism, Gaudí’s architecture works like a plastic work, so that the surface seems independent of the structure and the shape seems to have an intention. Inspired by minerals and plants, it follows the flexible forms of nature: waves of ceilings, walls, facades, roofs and railings. It is through an ingenious control of the loads (the inclination of the pillars) that his works seemingly defy the law of gravity and architectural statics (the crypt of the Church within the Church). Colonia Guell) and give the impression of natural movement.

Mediterranean colors – “For an architectural work to be beautiful, all elements must have the right location, dimensions, shapes and colors” (Antoni Gaudi, Words and Scriptures, published in 1981). Gaudí mixes aquatic forms with the colors of the Mediterranean (sand yellow and navy blue). He prioritizes the spontaneity of the sensitive image, which is largely inspired by Arabic-Andalusian art, over the imagination, which according to him is more intellectual and Nordic: “We own the image. Imagination comes from ghosts. Imagination is characteristic of the people of the north. The image is specific to the Mediterranean.”

Architecture like a mountain – Gaudí compares the architectural profession with that “want to climb the mountain”, both because of its severity and its source of inspiration. He probably knows the implicit analogy that John Ruskin makes between architecture and mountains: “Send the architect to our mountains. Let him learn there what nature means by flying outriggers, what she means by a dome. (John Ruskin, The seven lamps of architecture, 1849). This is evidenced by his predilection for vaults and pillars without pillars, the height and robustness of which are reminiscent of the majesty of the peaks, and his transformation of an area nicknamed “Mountain Pelée”, on the outskirts of the city, into a park. natural (Park Güell).

The heavenly vaults – “All beauty is based on the laws of natural forms” (John Ruskin). In his vaulting art, Gaudí was inspired by the height of rocks, cliffs, caves, trees and mountains. We find this brand both in its furniture (the foyer of home Mila, whose woodwork is reminiscent of the shape of a church organ) and in its architecture (the cosmic symbolism of the Güell Palace, whose central space rises more than fifteen meters like a star vault). The work of the architect himself, animated by religious belief, is the man who wants to reach heaven.

The monumental work – The famous basilica Sagrada Familia brings to the top the religious dimension of his work, which through the creation of a transformed nature pays homage to the very mystery of life. The interior, made of vaults without flying pillars, is reminiscent of the sky, while the exterior is reminiscent of the emergence of a crazy nature in the heart of the city, through a forest of columns and towers in the colors of wood, to evoke a feeling. linked to the very source of life, to the vegetable origin of the world: “The architecture of a city is to move and not to offer a simple service to the human body” (John Ruskin). Gaudí no doubt had Ruskin’s words in mind when he began the construction of the huge cathedral, the construction site of which he knew would survive his death: “When we build, think we build forever.” Antoni Gaudí died on June 7, 1926, run over by a tram as he left the construction site for Sagrada Familiawhere he had spent the night in his studio, to go to church in Sant Felip Neri.

The exhibition “Gaudí” lasts until July 17 at the Musée d’Orsay in Paris. For more information and to find the ticket office online, visit the museum’s official website.