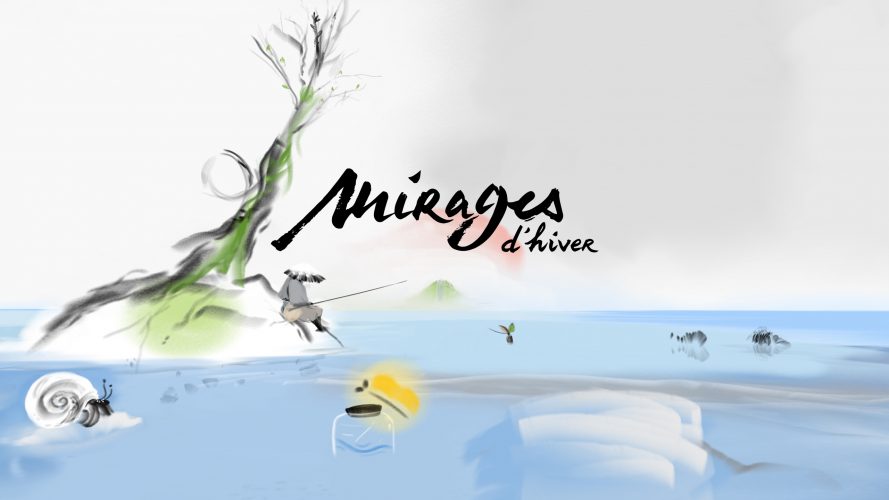 Yes Mirages of Winter tell you something, it’s normal, the production of Mirari Games has been available on iOS and Android since last year. And during our AG French Direct, of course, the studio announced its PC version, which would soon be available without further details. We were able to test the title on PC for a demo. Is this poetic journey still so enchanting?

Conditions for the preview: We played the demo of Mirages d’Hiver, which lasted about 25 minutes, and which in particular gave us the opportunity to see the prologue as well as the first chapter of the software. The title was tested on a PC with 16 GB of RAM, a GTX 1070 and an i5 clocked at 3.8 Ghz. 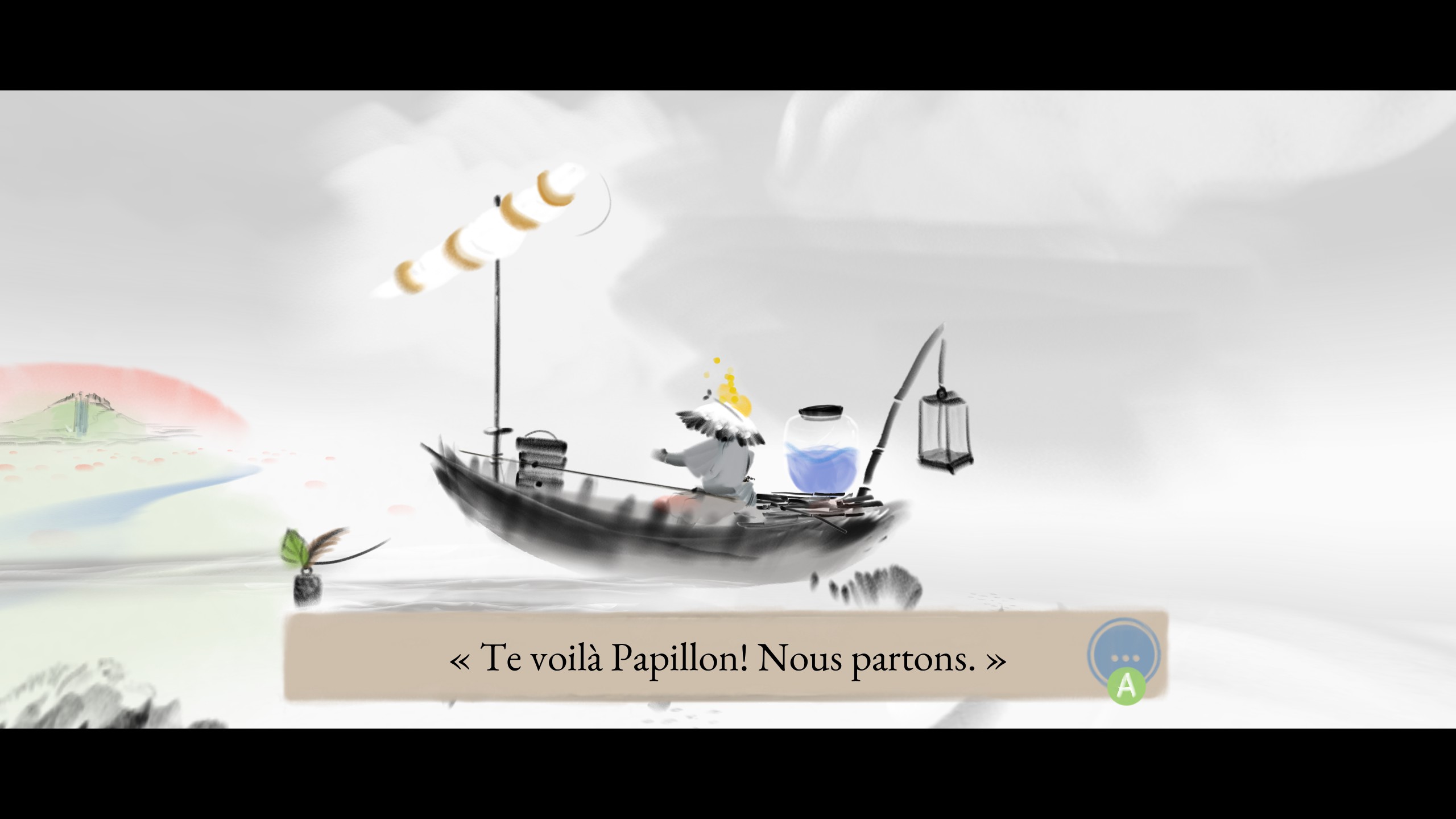 On this relatively short demo, we still have questions about what this narrative will specifically offer, although in absolute numbers it could be a good surprise. We just know that the title will make us follow a fisherman to an island during the winter before the arrival of spring. And this introduction with this chapter 1 takes us through a relatively icy winter, and not easy for our fisherman’s journey.

We suspect that there will definitely be a way to visit, we hope, the other cycles of the season as we progress, but this should definitely be checked when this PC version is released. In any case the narrative frame seems abstract and in the form of a real poem. It is a mix that seems to be well received, while at the same time being endowed with a rather surreal but convincing staging. We await to see how the title will succeed in constantly renewing itself at this point, but it is clear that this amazing journey could well become a charmer.

In addition, it should be noted that the strong point of the title, which will be indisputable, will come on par with its artistic direction. This graphic atmosphere in the form of drawn ink and these lightly painted and gouache shades, manages to instantly capture us, providing a colorful and greyish aesthetic that is completely unique and totally relaxing at the same time. We are already looking forward to seeing the next chapters of the game about the full game, because this demo alone has given us a nice artistic slap for the time being, in addition to having a good optimization.

Simplified but effective in gameplay? 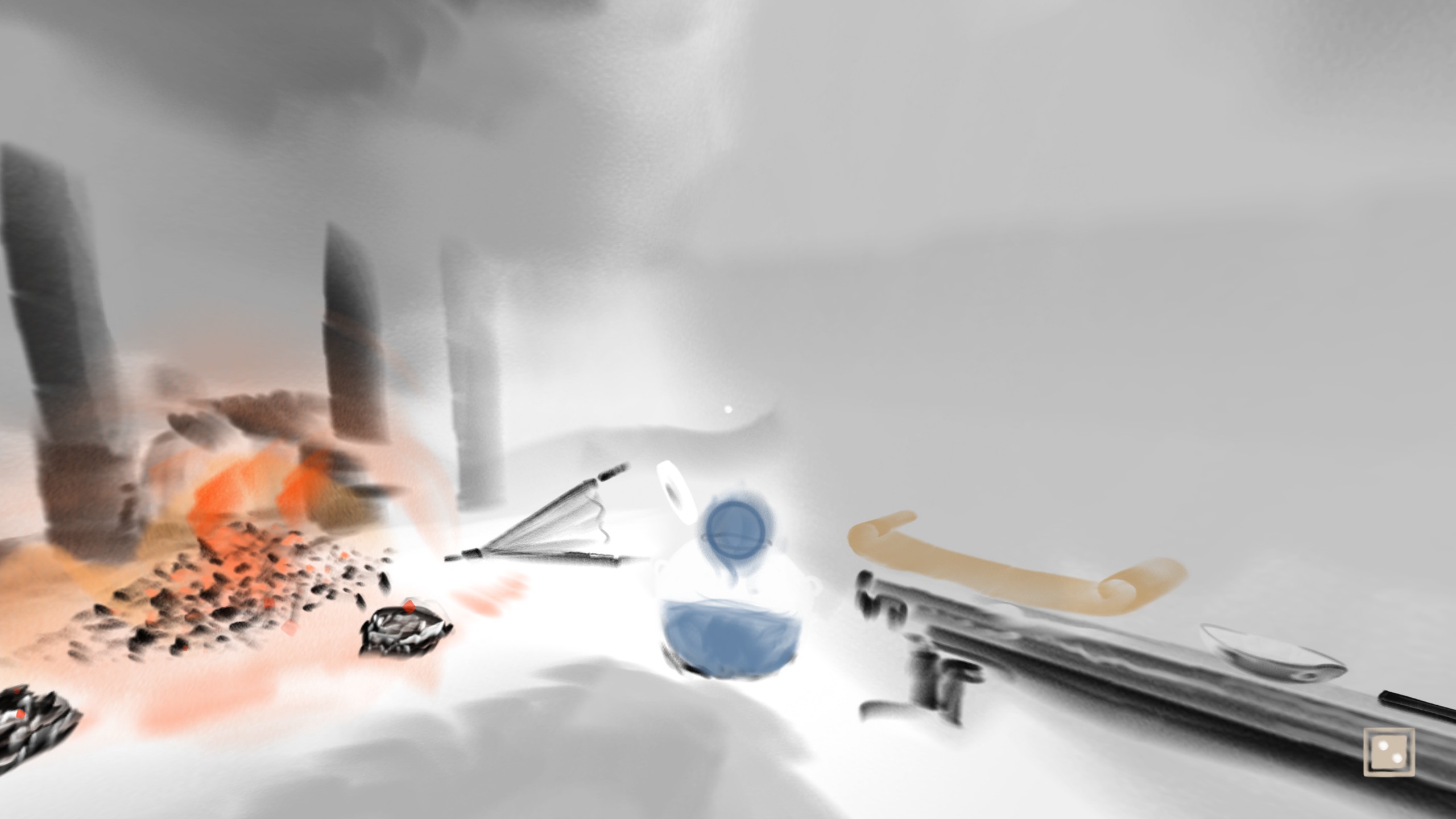 For the gameplay now, we can see that the software is a pure port of the iOS and Android versions. In fact, if the controls seemed to us more than decent and precise with the joystick as well as with the keyboard / mouse combination, the title would only be limited to pointing and clicking on the various objects to interact with the elements of the decor. This will then be used to solve the puzzles, then simply move on in the game, which means that the progression will definitely be linear.

Roughly speaking, must admit it Mirages of Winter comes down to a relatively simplified but effective gameplay. What’s more is the title though adorned with interesting and well-made puzzles, while intelligently utilizing the four elements Fire, water, earth, metal and wood -. The feeling of satisfaction is therefore present in the solution of the many puzzles, and we hope that the diversity of puzzles to be solved will continue in this direction in the next chapters of the software. Undeniably, Mirages of Winter seems to have gone on to offer a title between the narrative, and the puzzle chill and without fuss.

We end on the soundtrack, who manages to immerse us in the very zen universe of Mirages of Winter. If, of course, we could not play it long, as it is only a demo, it is clear that the zen atmosphere in the title has its small effect. The musical themes feature melodies that are calm and cool to say the least, which was a pure pleasure for us to hear. On the other hand, there are few replays, but that’s not a bad thing, the title certainly seeks to give the player’s imagination free play.