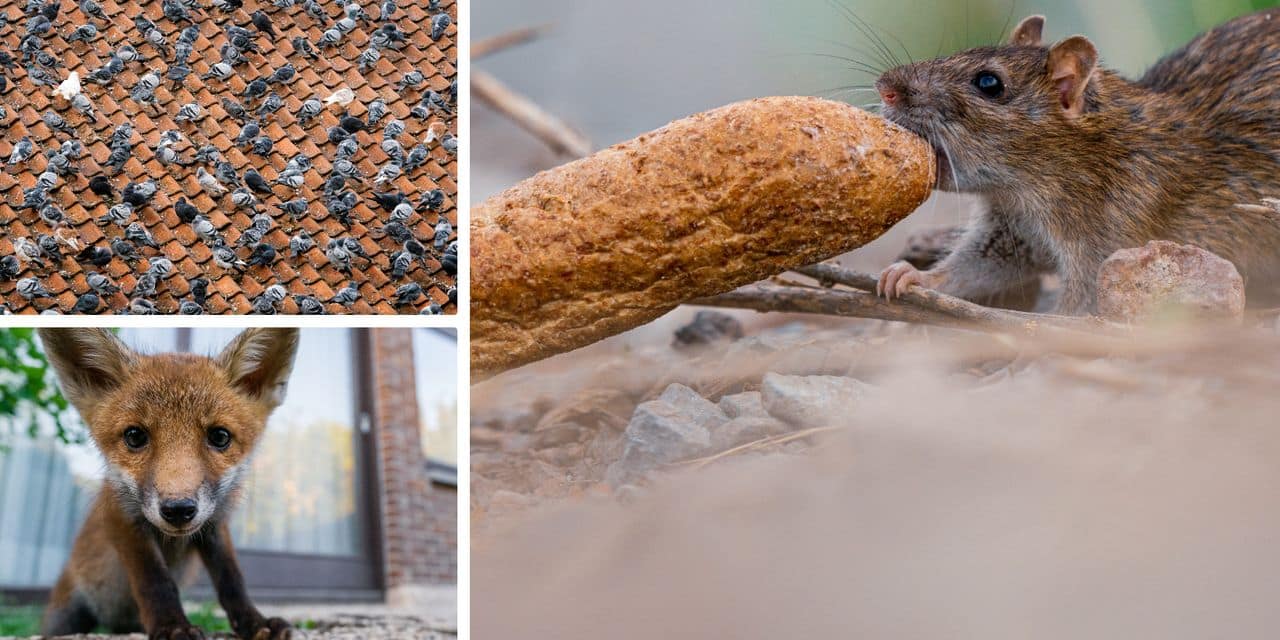 Rats, mice, pigeons, Asian chamois, crows, cockroaches, even foxes, hedgehogs and weasels do not always have good press in our cities. But are these animals called “harmful” really that? This is the subject of a conference that the Brussels Environment is holding on Monday 2 May as part of Nature Month. Thomas Jean wants to be at the microphone: the animal videographer behind the La Minute Sauvage capsules on Youtube is therefore dismantling some of the most stubborn clichés about these species.

Thomas Jean, why are we talking about “harmful” animals?

“It goes back to farming circles. Originally it was what we called animals that caused damage to crops. Or that came in competition with hunters. Foxes, for example, that feed on pheasants, partridges or quail, but at a rate that is quite absorbable by nature, so the concept has no meaning in the city. ”

Why do we use it then?

“Of course we think of pigeons that damage architecture. Like rats and foxes, they also represent a health risk. Really, but measured. Even weak. That said, if we promote their presence, we increase our cohabitation. And if one day, “If a pathogen appears that can be transmitted to humans, these species could pose a risk. This is the most plausible scenario for the coronavirus crisis.”


How would such an agent be transferred?

“It’s most likely excrement in the homes.”

Why are these animals reproducing in Brussels?

“There are two factors. First, the destruction of the last wild green areas, such as Josaphat Wasteland. Why? Because it reduces the diversity of species that need these areas for food and nesting. Rats, pigeons, corvettes “Crows, ravens, skaters do not have such needs. They adapt more easily to mineralized environments. That’s how we find the fox everywhere on the planet. There are only a maximum of two pairs on Friche Josaphat, while there are dozens in the Uccle districts and Woluwe.”

And the second factor?

“It’s the management of organic waste. Rats, corvettes, pigeons, foxes prefer the street for food: they easily find all the food they need there. For them, our bins are the least energy-intensive food sources. In parks and public spaces , eat the discarded crispy packets or finish our durums. “

This leads to reconsidering the harmful nature of these animals.


“Yes, because they play the role of garbage collectors. A rat eats 10% of its weight a day. There are 6 to 7 million of them in Brussels. There are a lot of leftovers being swallowed! So, since they are scavengers, foxes “Corvides and rats limit the risk of pathogens developing. They therefore clearly relieve the work on the roads, on the terraces, in the streets and in the parks with guinguettes.”

“Moles represent an aesthetic and practical nuisance, mainly for the maintenance of private gardens. They nevertheless participate in the aeration of the soil. However, they are rare in public parks, which are like monocultures that interest them a little. D” so much as their soil is too compacted. But in my opinion, it is obsolete to maintain a park like a golf course, even if it is in decline. “

What remedies are used against “harmful” species?

“Short-term solutions. For pigeons, there are contraceptive seeds that can quickly bring the population back to 30% of its pre-treatment level. But in the long term, we do not know the effects on species that feed pigeons such as foxes., Sparrow hawks, falcons, weasels. For rats, rat extermination uses anticoagulant granules, which cause death by internal bleeding. In addition to the animals’ suffering from this cruel but rapid death, there is the risk of cats and dogs ingesting them. Who die with each campaign. “

Do you prefer a different path?

“I think we need to rethink our entire handling of organic waste. It goes through hard bins like pedestrian pedal devices. We also have to work with mentalities. Throwing an apple seed in a grove is not an ecological gesture. Feeding ducks and pigeons old bread is not a nice family activity.We should no longer think that the fox is fragile: the Brussels specimens suffer from obesity.The Brussels people should stop calling the municipality as soon as they encounter a rat in a park: they must understand that they have a responsibility in this proliferation.

And cherish the wilderness?

“Yes, because these areas are not of interest to pests. And the more they compete with other wildlife, the less they will reproduce. More wilderness means fewer rats, foxes, pigeons.”