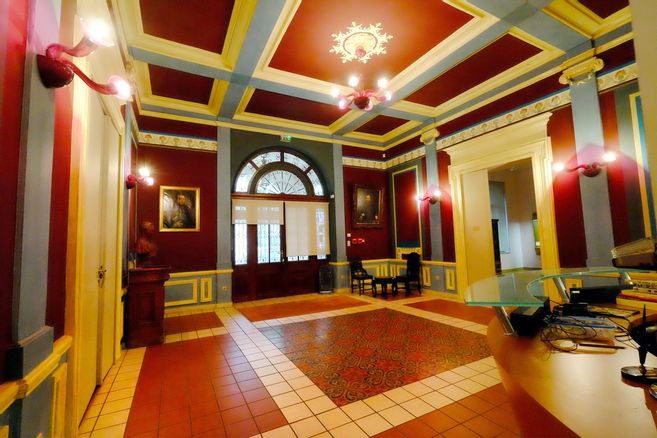 “If I’m the other one, then who are you?”. This Chinese proverb is the cornerstone of the Museum of African and Asian Arts (AAA Museum), in Vichy. Its collections encourage you to make a ticket to two continents, Africa and Asia. Boarding requires no baggage, other than a desire to understand the world, of openness to foreign countries. And that of making connections to the unknown between yesterday and today.

A double trip to the Museum of African and Asian Arts in Vichy: to Japan with animated objects and to China with Double Bonheur 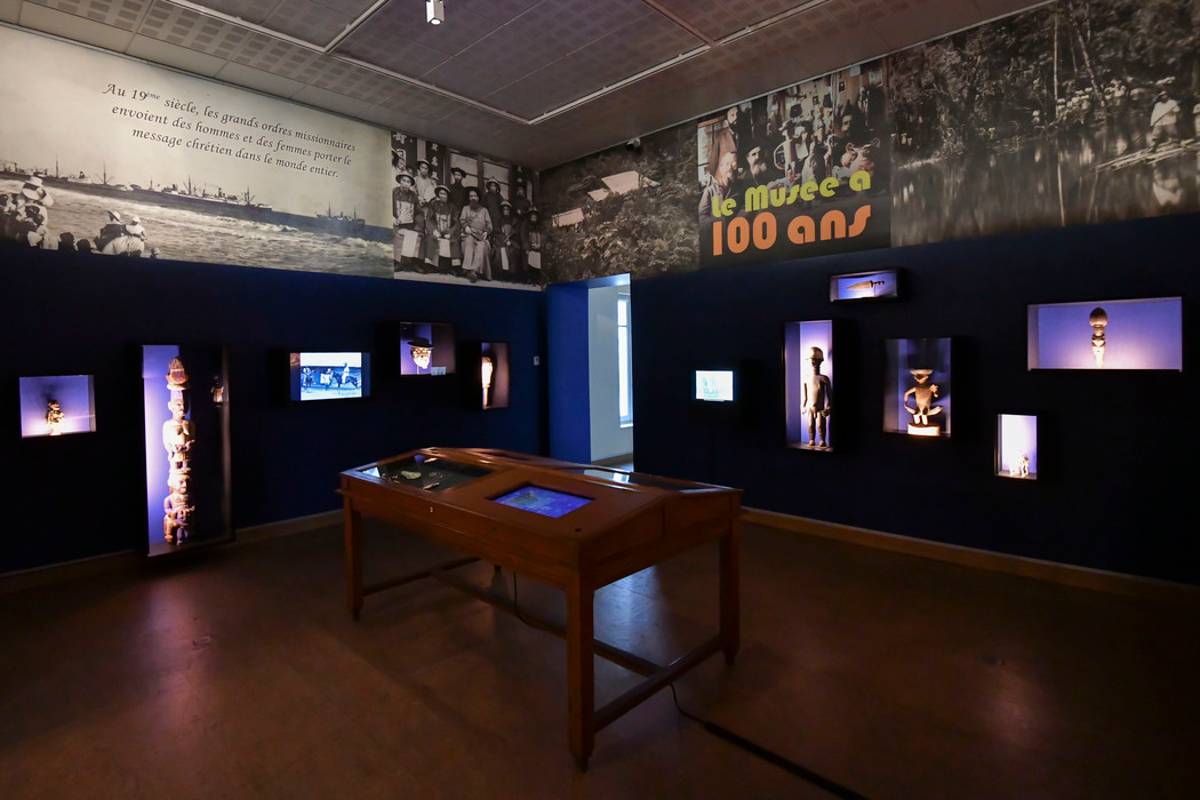 It is a matter of joining the time of the missionaries in Africa and Asia, who on their return to France brought back “a testimony of their apostolate”: objects, photos. Exoticism is not an empty word. And the art of this place is combined in the majority.
The collections illustrate the diversity of artistic expressions: tribal art, archeology, decorative art. In the museum’s reserves are kept: porcelain and Chinese silk, statues in semi-precious stones, jade, beauty boxes, jewelry boxes, masks, etc. 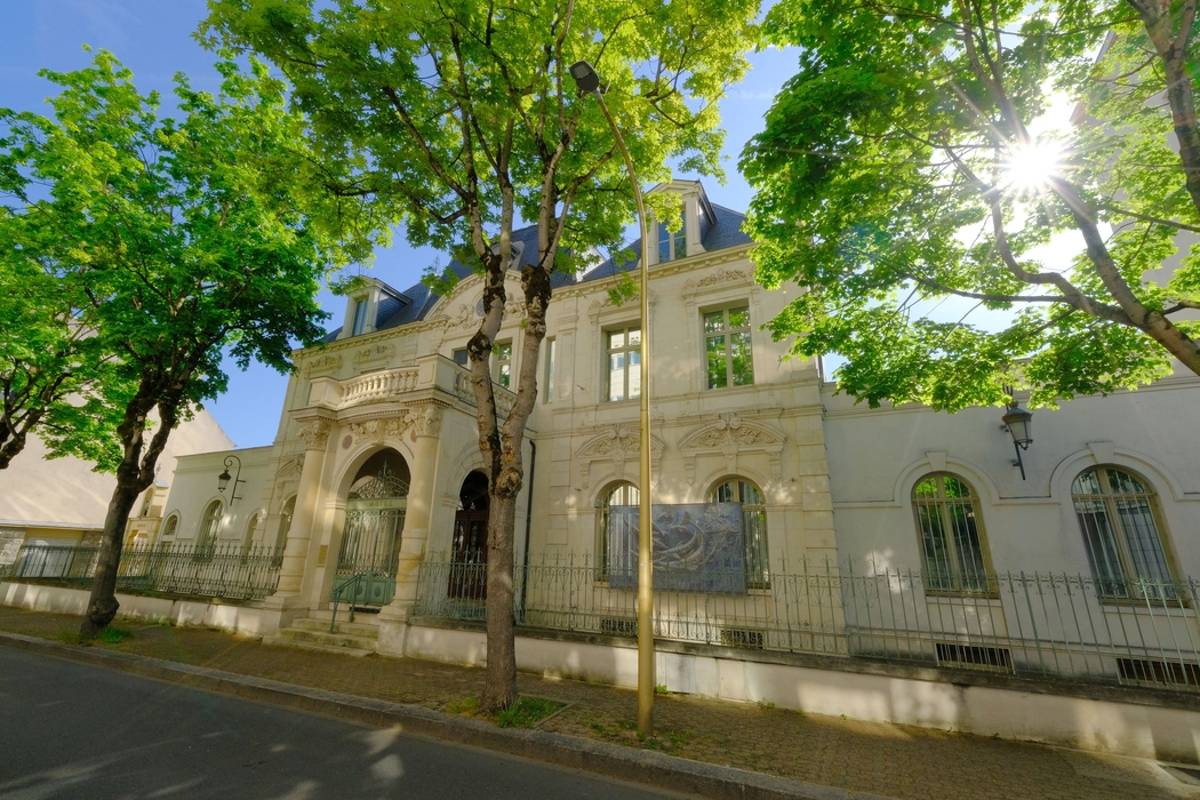 “It is a very heterogeneous collection, mostly from Africa and Asia,” says Marie-Line Therre, director of the museum. But all of these items did not deliver all of their secrecy. We still wonder about dating, about certain uses. We carry out our research in collaboration with the Musée du Quai Branly or with the Museum of African Missions in Lyon. These treasures from Asia or Central or West Africa are revealed to visitors, partly in the permanent meeting rooms and during annual temporary exhibitions with different themes.

The Museum of African and Asian Arts is celebrating its centenary this year and developing its history in a retrospective.

To understand how this foundation was formed, go back in time to the missionaries. In the 19th century, the great missionary orders sent men and women to spread the Christian message throughout the world. At the request of the metropolis, missionaries collect items. It is the birth of the mission museums, says Marie-Line Therre. The objects serve the discourse of the time: show the work of the missionaries and encourage visitors to help the work financially. For the public, it is sometimes the first contact with objects from unknown populations. »Samlingsfonden was constituted from 1922 to 1940 with 4,000 pieces and natural specimens. 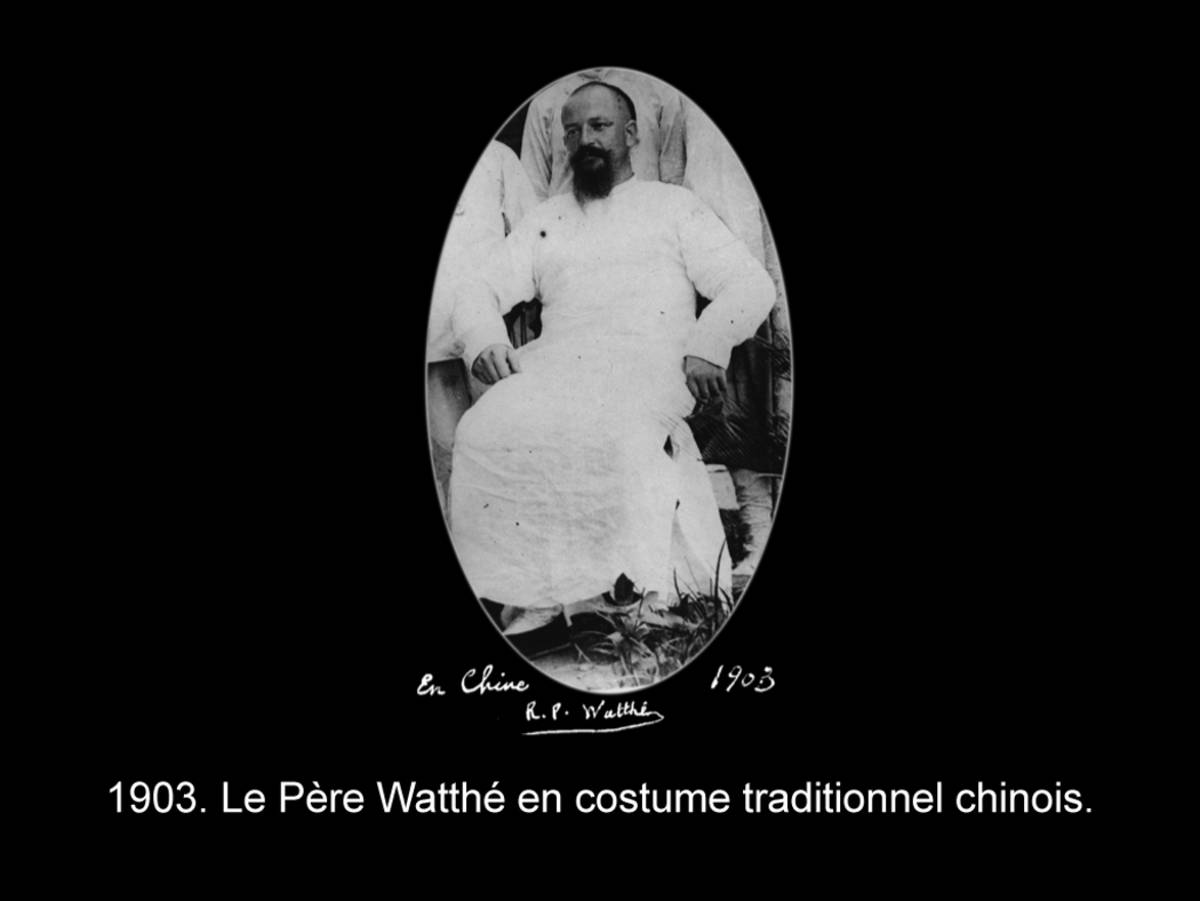 Henri Watthe has a shaved head and a Chinese braid on his back
Why such a museum in Vichy? “Vichy was then the spa capital of colonial France, where missionaries, officials, soldiers and personalities from the empire rubbed their shoulders. The water in Vichy treats malaria, liver diseases. Pathologies related to living in hot countries. The medical journals of the early The 20th century insisted on the importance for Europeans of recharging their batteries in a moderate climate. ”
Henri Watthé, founder.
Lazarist missionary in Jiangxi province, Henri Watthé, a victim of colonial diseases, was repatriated from China and in 1919 he came to Vichy for treatment. In 1922 he founded the association La Maison du Missionnaire. Its calling is twofold: to allow missionaries to receive free treatment and to promote the colonies. At the same time, he established the Musée des Missions in 1923, chaired many conferences and weaved a network of support among the personalities of the time.
A first place welcomed the missionaries in cure, in the district of Bains Callou. Thanks to donations from benefactors and grants, the Art Deco-style Maison Béthanie was built in 1930, a residence for missionaries in cure, rue Mounin. As for the current museum, avenue Thermale, in the former water quality laboratory in Vichy, it succeeded the Mission Museum during its rehabilitation in 2000 to become the Museum of African and Asian Art with associated fixtures for a new scenography. The old space, which serves as a reserve, is integrated into the present. The museum has acquired the Musée de France brand. 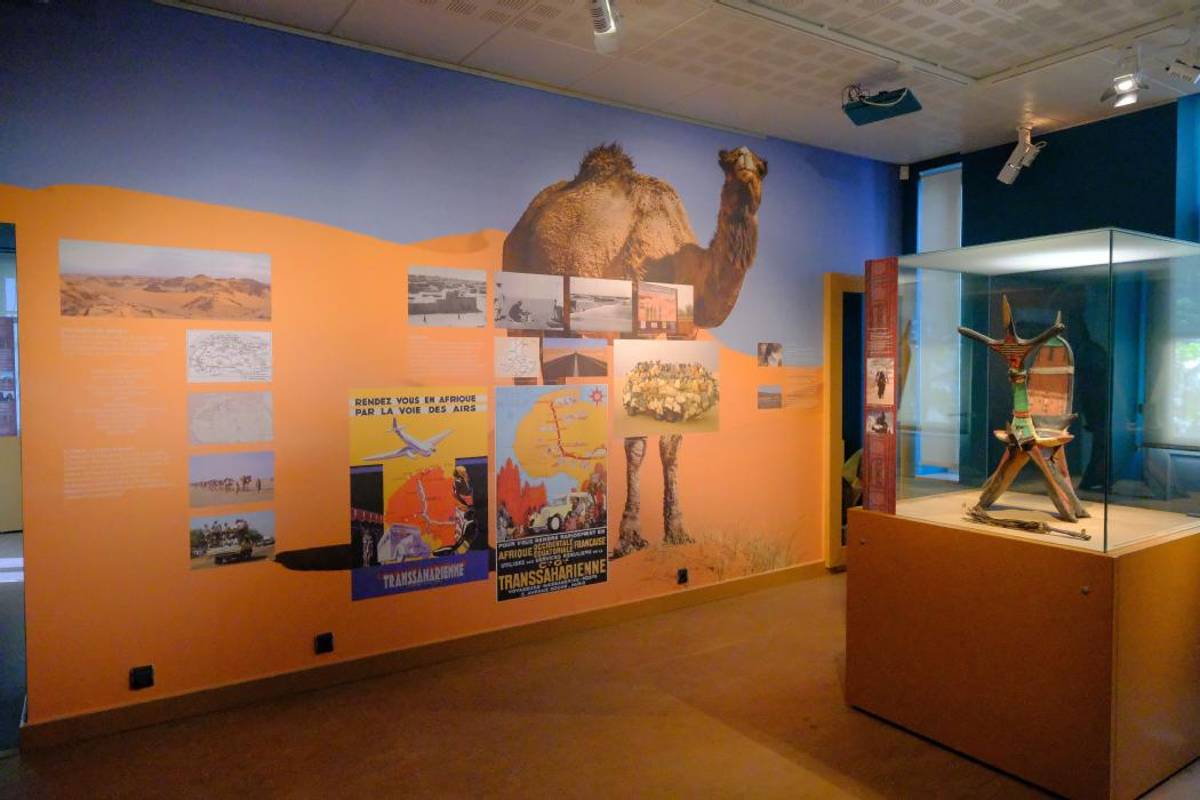 “The Tuareg society is very matriarchal,” Marie-Line Therre emphasizes. The woman owns her tent and herd. It is the symbol of its independence. And her jewels are silver, as are her keys. Either brass or copper. Nomadic objects are light, their art is refined, it corresponds to an ideal of restraint and sobriety. They are designed to adapt to travel and climate. Camps move with the seasons. The Tuareg society is very hierarchical with castes, like the Bella, with a servile status. Tuaregs is a word created by the French. They call themselves Tamasheq. »

The museum presents jewelry, swords, decorated leather skirts, a saddle by Charles de Foucault, who studied this culture in depth. Another section is devoted to desert roads and transport, on foot, by car, by camel. The caravans transported salt, ebony, ivory, gold … which were then transported to Europe. The desert is rich in uranium, iron, lead and diamonds. Its routes have also become that of migrants. Since 2021, Trans-Saharan Africa has crossed six countries.
“With the current gold rush, the Tuareg have become goldsmiths or rent their camels, as in Niger. The exhibition also deals with festivals and music and ceremonies. “The Tuaregs have settled down a lot, but the division of states, as a result of independence, does not suit them. » 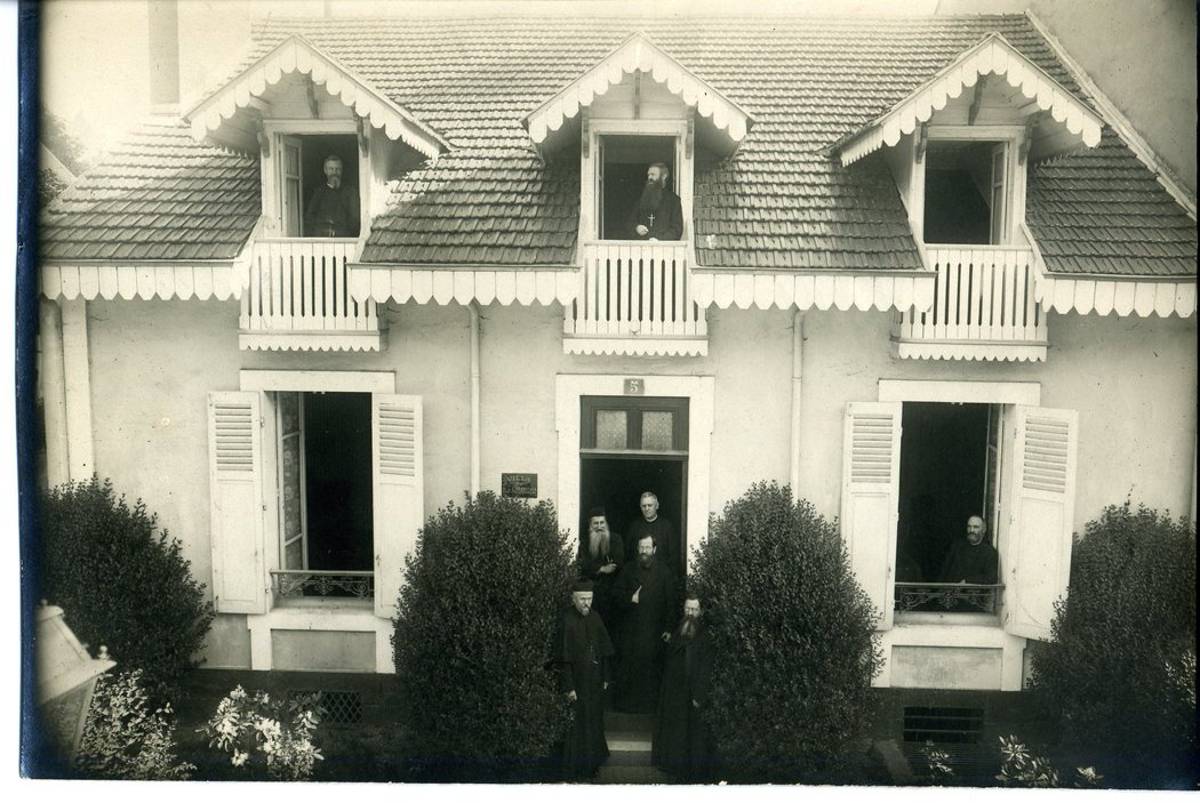 First house in the Callou bathing district
1931Béthanie, the missionary house designed by the architect Pierre Lefort on the initiative of Father Watthé. Art Deco style with its roof in the form of a Chinese pagoda, which makes it unique and reminiscent of the founder’s mission in Jiangxi.

From 1922 to 1940. The items that the missionaries brought back from Africa and Asia make up a fund of 5,000 pieces (items and pictures).
IN 2000. AAA Museum, 16 Ave. Thermale, installed in the former water quality laboratory in Vichy, followed the Musée des Missions. (Photo)
I 2022. The museum turns 100 years old, exhibition until 30 October. 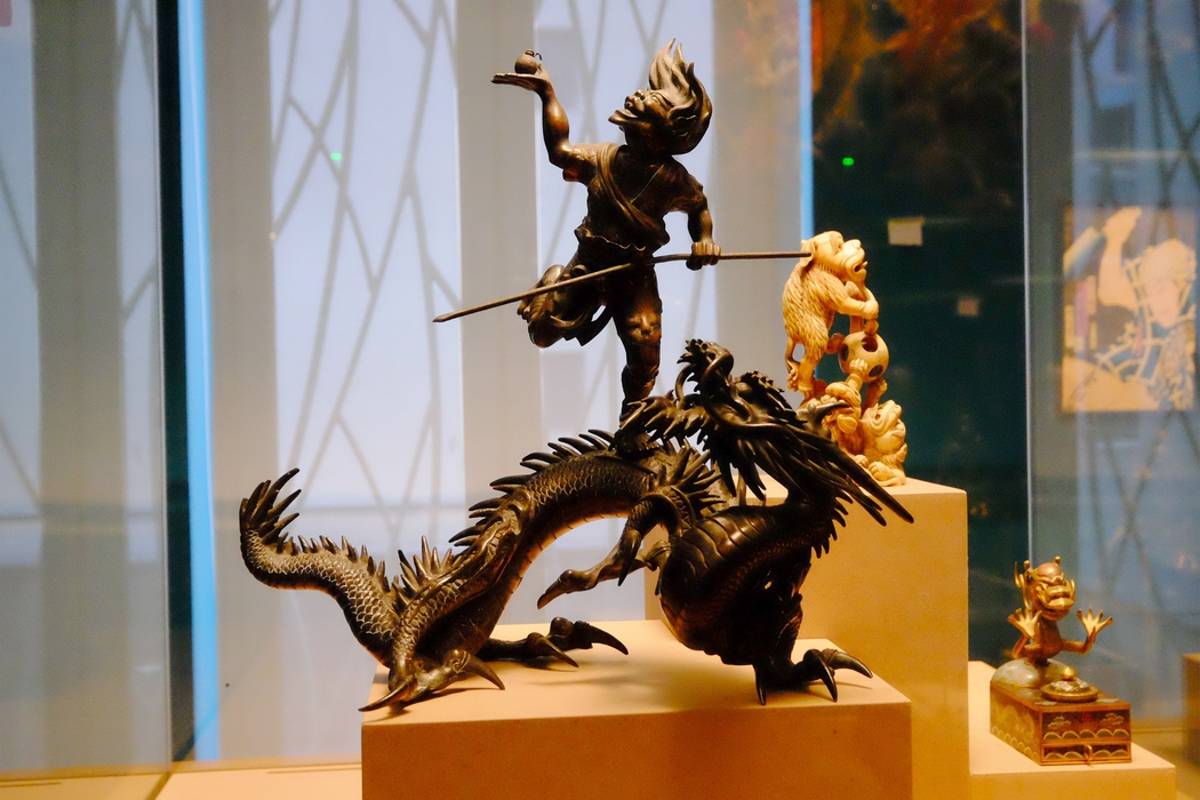 4,000 objects and 1,000 images.
Thousands of works of ethnology and history in the library of the Maison des Missionnaires. 60% of the items were brought back by the missionaries, and 40% are gifts from past and present benefactors. Among the famous donors: the Pasha from Morocco, who in 1920 offered a moukhala, a rifle adorned with precious stones. The origin of the works. China, Vietnam, Laos, Cambodia, Syria, Morocco, Tunisia, Algeria, Mali, Burkina Faso, Ivory Coast, Benin, Republic of the Congo… but also Peru, Argentina, USA and Oceania 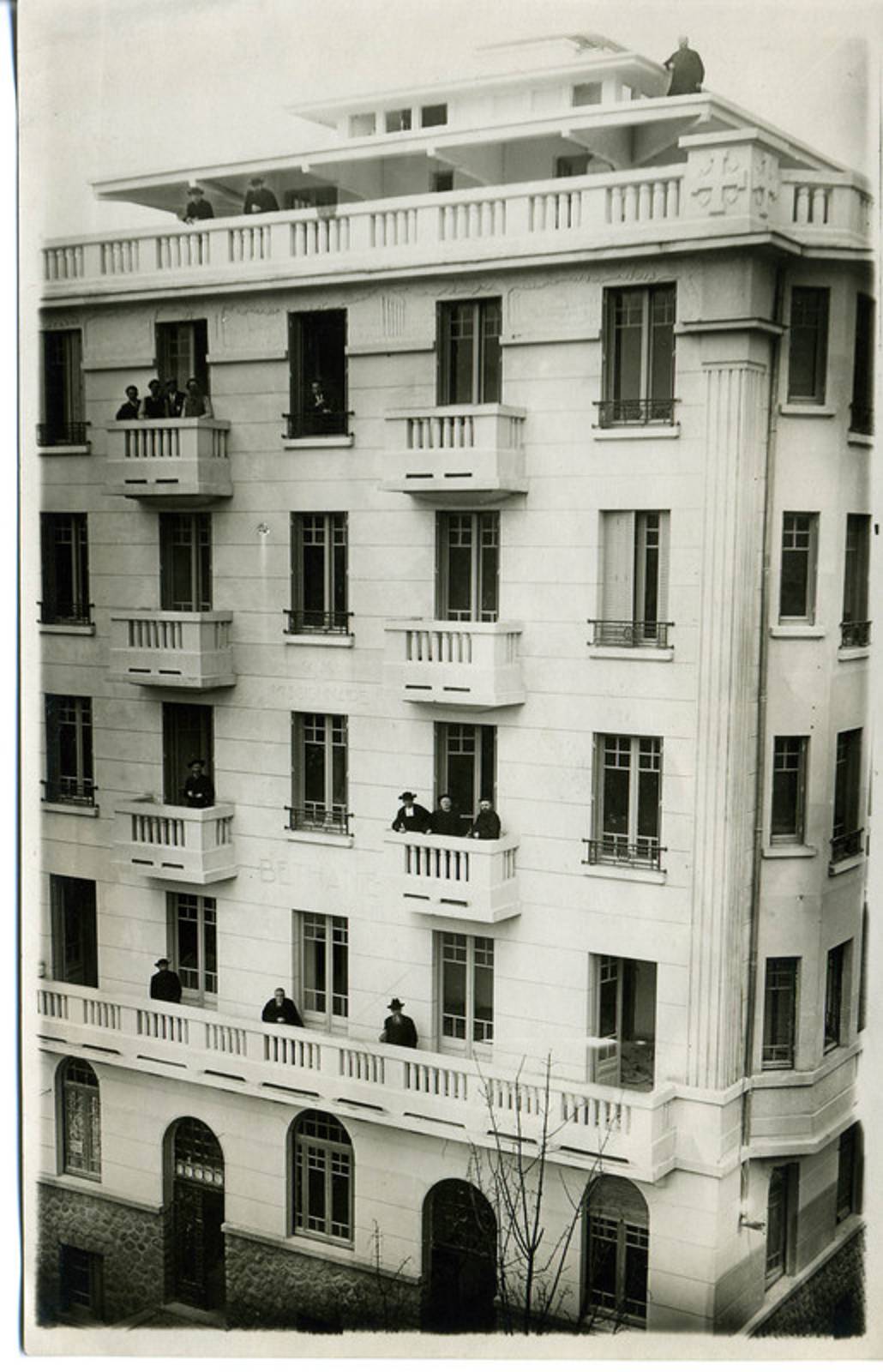 Bethanie Mission House and its pagoda-shaped roof in 1931