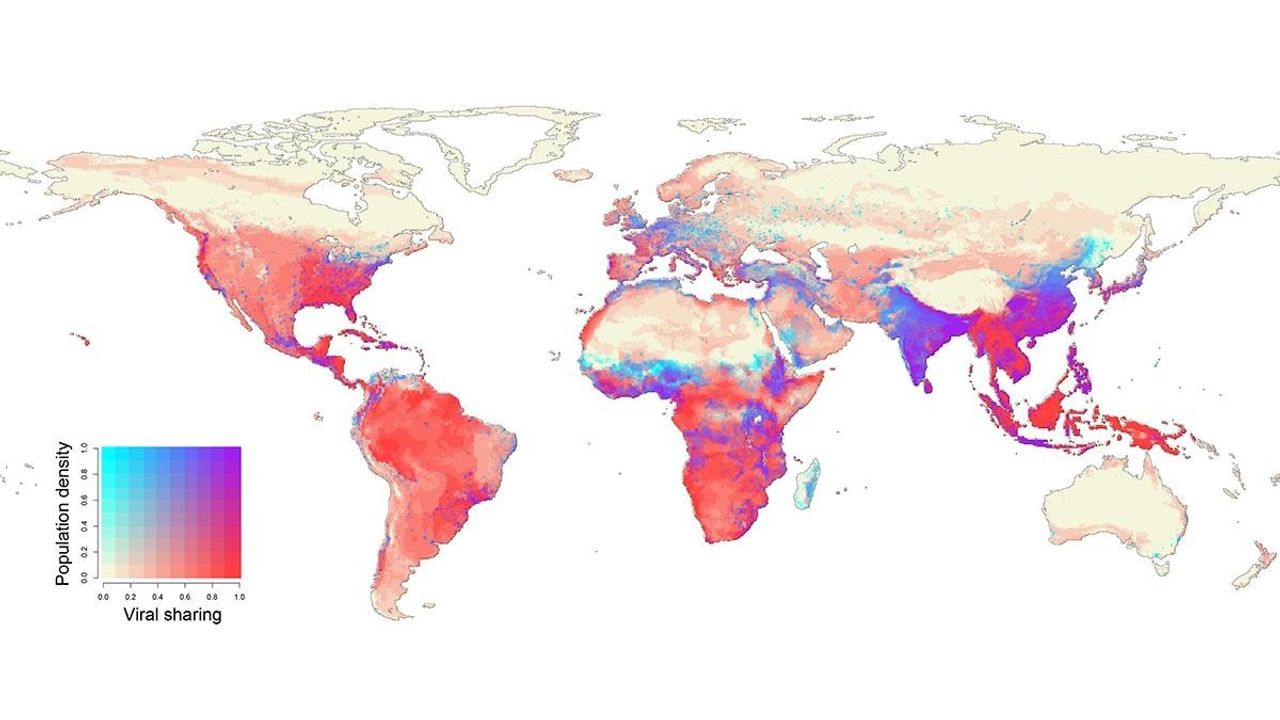 A major study recently published in the journal Nature (Carlson, Albery et al., “Climate change increases the risk of virus transmission across species“) concludes that ongoing climate change will greatly increase the risk of transmission to humans of viruses already present in animal populations, as has already happened with SARS-CoV-2 and others such as HIV and Ebola, collectively known as zoonoses (diseases). of animal origin).

This alarming finding is based on the development of a model by these researchers, which predicts how global warming is likely to cause displacement of a sample of more than 3,000 mammalian species over the next 50 years, assuming a probable increase of 2 degrees Celsius in global average temperature.

Geographically shifting eco-zones will force animals, plants and other organisms to adapt to their territorial distributions as the spatial boundaries of the habitats to which they are adapted change. This will involve the actual displacement of individuals or the gradual adjustment of intervals as some populations disappear and others placed in more favorable environments become more successful.

Due to a number of factors (eg topography, latitude, precipitation patterns) these changes will not only displace existing undisturbed eco-zones. Rather, the global changes will result in a “mixing and matching” of different environmental components, which will have the effect of bringing together species that were not previously very close to each other, creating adaptive constraints that are likely to favor some species over others. , leading to extinction. Overall, this will result in a significant decrease in the stability of ecosystems.

As a result, the possibility that viruses will not only spread between different populations of the same species once they have spread, but also between species, including to humans, will be increased.

It is estimated that 40,000 viruses infect mammals. Among them, 10,000 could potentially infect humans, but they are currently found only in animals. The model predicts that climate change will lead to about 300,000 “first encounters” between species that were not in contact before. It is estimated that the spread of viruses between species will be on the order of 15,000 times, including more than 4,000 times in mammals alone, during the period covered by the model.

Furthermore, as new host species become infected, creating new selective environments for viruses, new variants can be expected to evolve, as is currently the case with SARS-CoV-2. Viral exchange between non-human species must also be expected to seriously affect wildlife populations with its own unforeseen consequences.

Many factors influence whether a given species interaction results in efficient viral transmission. The study does not predict how many viruses will eventually cause disease in humans, but the potential is significant. These findings add to previous studies that have examined how other forms of habitat disturbance and human intrusion into existing wilderness areas will also increase the potential for animal-to-human viral transmission.

The effects are likely to be particularly pronounced, at least in the beginning, in densely populated areas where population density is high and economic inequalities are high, such as in tropical Africa and Asia, where there are a massive number of “climate migrants” and therefore an increasing ” interaction “between animals and humans.

A co-author of the study, Gregory Albery, a disease ecologist at Georgetown University, recounted Guardianthat climate change already under way “shakes ecosystems to the core”, meaning that significant virus-to-human transmission is already underway and is likely to worsen.

In an interview with Atlantic Ocean, another co-author of the study, Colin Carlson, a climate change biologist at Georgetown, said the planetary network of viruses and wildlife “is reconnecting right now.” He found the revelations “so big and heavy to look at that even as we wrote them, we did not feel like it.”

Comments on the study with GuardianAaron Bernstein, acting director of the Center for Climate, Health and the Global Environment at Harvard University, said: “Vaccines, drugs and tests are essential, but without major investment in primary pandemic prevention, namely habitat conservation, the strict regulation of trade with wildlife and improving biosafety for livestock, for example, we will find ourselves in a world where only the rich can withstand epidemics of ever-increasing infectious diseases that are likely. “

The incidence of pandemic diseases has been predicted for decades. Intrusive warnings to prepare have been issued repeatedly, and largely ignored, with corporate interests seen as paramount. The responses to each new outbreak have been short-lived. Once the peak of the crisis has passed or seems to be over, as is currently the case with COVID-19, resources are quickly diverted to more profitable ventures for the capitalist class. As a result, the rapid mobilization that should be made to stop the spread of a new disease early in its development is severely hampered.

The predicted scenario based on the new model is really sober, Carlson said Atlantic Ocean. He predicts that the COVID-19 pandemic is likely to be just the start of repeated outbreaks of new diseases, some of which may reach pandemic proportions. Given the catastrophic reaction of most nations of the world to COVID-19, the consequences of which are still being felt, the prospect of successive waves of such disasters would destroy humanity, not to mention a good portion of other beings living on earth. The pace of change is such that several deadly pandemics can occur simultaneously.

The effects of climate change go far beyond the spread of zoonoses. The global disturbance of ecosystems and the resulting ecological instability will certainly lead to widespread extinction, possibly the sixth mass extinction on the planet, but unlike the previous five, this one will be man-made. The biological systems on which man depends for his food will be severely affected, if not totally destroyed.

A growing understanding of the processes behind the increasingly frequent occurrence of zoonotic diseases strikes a new nail in the coffin for reactionary experimentsaimed at accusing China of being somehow responsible for the spread of COVID-19.

Only a massive mobilization of resources, coordinated globally and based on scientific data, can make it possible to stem this otherwise inevitable catastrophe. As has been shown, capitalism is quite incapable and unwilling to make the necessary effort. The only way forward is for the international working class to seize power and carry out a socialist reorganization of society.