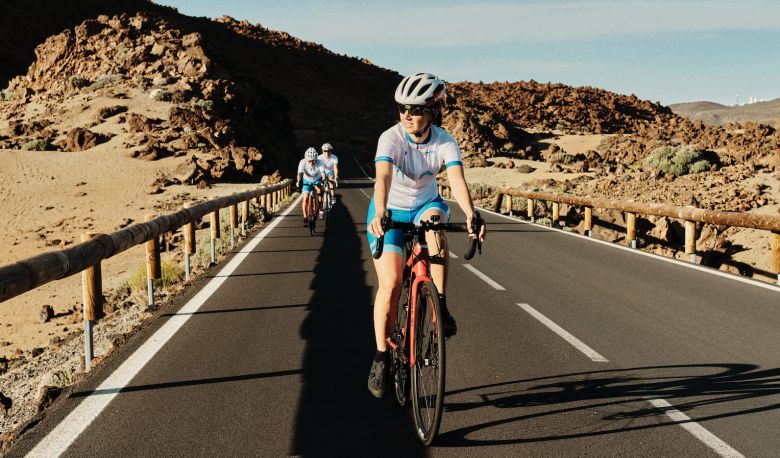 Tenerife, a veritable playground for 2-wheeled enthusiasts. Whether you step on the pedals on the sea surface or at an altitude of more than 2000m, beginner or professional, a wide range of courses awaits you with sports circuits or recreational cycling, so many bike routes to discover the island Tenerife.

A unique opportunity for “off-roading” across the island

For mountain bikers there are about 200 km of routes that cover the entire island. With routes so varied both in terms of landscape but also in difficulty, Tenerife offers a complete network of tracks that allow you to make many combinations and make the routes different from each other. The different routes give everyone the opportunity to create their tailor-made circuits according to the number of km and the magnificent nature.

Tenerife, a favorite place for cyclists

Up to 2,000 meters above sea level at the foot of Teide or at sea level, routes await you. From unique places await cyclists enthusiasts for training and excellent facilities are waiting for top cyclists. Every year, renowned professionals come to Tenerife to prepare for their participation in events such as the Tour de France, the World Championships and even the Olympic Games.

Tenerife has facilities for cyclists and professionals in particular, with establishments offering special services to these athletes, from storage rooms for their bicycles to repair shops. A separate section is dedicated to those in the list of accommodations.

The Tour of Teide: unique route to experience only once a year

In addition to offering many cycling routes, Tenerife offers you the opportunity to cycle around the volcano once a year on the occasion of this dedicated festival. There are several routes, depending on your place of departure and your shape, but will in any case be one of the most demanding and exciting routes, with a relentless climb that offers an unobstructed panorama of its 175 km route and 4400 m altitude. Prepare, train and participate in Vuelta al Teide in 2023! 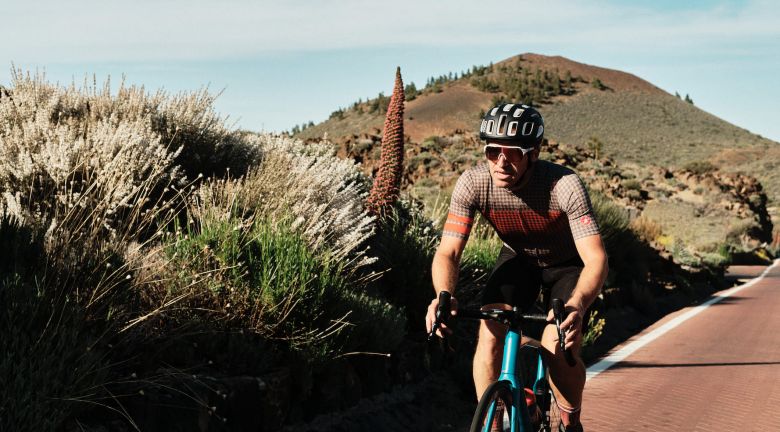 For the traveler, Tenerife is a destination that offers varied holiday options with the best climate in the world. The average annual temperature of 22 degrees, which makes the difference between winter and summer almost imperceptible, is one of the island’s most important assets, but not the only one.

It’s not just because of the climate. Many other factors have made the island one of Europe’s most popular destinations with six million visitors a year (before the pandemic). Why does Tenerife attract so many travelers? Its scenery and landscapes ranging from lush laurel forests to miles of beaches, or Teide National Park, the most precious example of its volcanic origins, its family-friendly leisure activities, its charming historic centers, its hundreds of incredible traditions and original and fresh gastronomy are just some of the ingredients in an innovative and modern destination that adapts to the tastes of new travelers. The geographical location of the island is another key to its success. Between 2 and 4 hours flight it separates from the main Spanish and European airports. From the two airports Tenerife North and Tenerife South there are about 150 flights worldwide.

In recent years, healthy lifestyles have become more and more popular and Tenerife has been re-evaluated as a place where holidays can be combined with sports and outdoor activities. This is why the island strives to consolidate the Charter of Sustainability and Expertise with nature activities, which aim to preserve the developing environment for nature tourism activities.

The island offers travelers who love sports activities, a variety of and varied accommodations that include establishments in all categories, from hotels to country estates, including apartments or holiday homes. There are also lodges and hostels located in the middle of the sublime natural landscapes of the island, among which the Parador de Turismo in Teide National Park stands out, accommodation in unique surroundings. The list of recommended accommodations and associates, according to their specialization in each sport or activity, can be found on our website.

Tenerife in a few figures

The 2 airports on the island are easily accessible by plane from France, with many connections from Paris and the provinces, by direct flights, including low cost airlines. There are air connections with about 150 cities worldwide. You can also go to Tenerife through his The port of Santa Cruz, Muelle Ribera, with island and international traffic; or via the port of Los Cristianos, with island traffic and daily tourist excursions