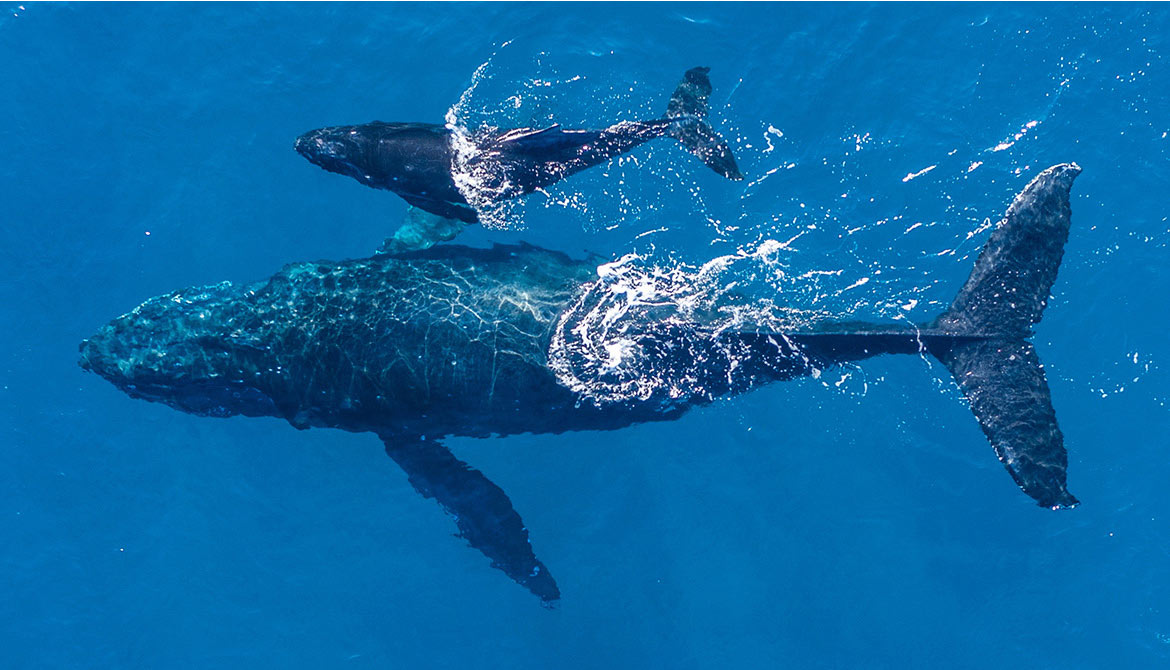 Technology at the service of our 30 million friends! Around the world, drones are regularly deployed to help animals: in the long run in connection with observations or in an emergency through rescue operations. Overview!

Combating poaching, sublimation of biodiversity, rescue operations … So many examples proving the usefulness of the science-technology alliance to protect animals.

In South Africa, drones have been used for several years to stem the scourge of poaching, which greatly threatens many populations of animals, such as rhinos. The initiative comes from a group of Spanish students who in 2015 decided to equip a drone with thermal cameras to be able to spot any suspicious activity in a national park in the country where many rhinos live. For poachers often operate in the middle of the night, in huge areas, and where the very dense vegetation complicates the work of the rangers. Thus, in case of suspicious movement, the agent can be warned directly by the drone, which sends him the exact GPS position. These measures appear to have borne fruit, although the reduction in poaching will not be enough to guarantee the future of the species.

In Cyprus, in 2017, police chose the same technology to combat illegal hunting of migratory birds. Unfortunately, the relaxation of the Cypriot Bird Protection Act by 2020 seems to have undermined these conservation efforts by speeding up the illegal hunting of birds, including protected species.

In the heart of the Amazon rainforest, scientists have been observing freshwater dolphins since 2018 using drones and thermal cameras. Their goal? Monitor the evolution of the whale population, analyze their behavior and habits, and finally propose public conservation policies. And this, as soon as possible, at a lower cost and in previously inaccessible areas. ” With the results of this monitoring, we can understand how to protect the animals in each region, their threats and how to deal with them. Says oceanographer Miriam Marmontel.

Drones are also the bird fauna’s allies. To limit the risk of accidents associated with wind turbine wings that are dangerous – even fatal – to birds, French engineers came up with the idea of ​​designing a “drone bird”. In practice, this mimetic drone mimics the morphology and flight of a peregrine falcon to test the effectiveness of artificial intelligence systems attached to wind turbines. These programs – coupled to cameras and speakers – must, at a sufficient distance from the wind turbines, detect species flying towards the risk zone, and then trigger a sound scare to deflect their trajectory and, if necessary, stop them. rotation of the knives.

By showing the beauty of animals from an atypical angle, shots taken with the drone increase awareness of the fragility of living things and their essential protection. In 2021, the photographer Terje Kolaas thus received the main prize for the “drone prizes” for his photo, which captures a goose flight, if premature migration to the Arctic is probably associated with global warming. By 2020, photographer Jim Picot had managed to catch, over Australian waters, a shark swimming in a school of fish … in the shape of a heart! A year earlier, a rare scene filmed by a drone emotionally showed one of the last right whales in the world, in Cape Cod Bay in the United States.

In early 2022, Millie, a 3-year-old dog, found herself trapped on the Wadden Sea in England. To encourage him to reach a safe area, rescuers have the idea of ​​luring him with a sausage suspended from a drone! The refuge worked: the dog was probably starving and followed the bait to a higher, less swampy area where she could be retrieved safely. ” For the record, she ate only half of the sausagehad entrusted his mistress, superseded, to 30millionsdamis.fr. Today she is fine! “.

In June 2021, it was also a drone that allowed rescuers to spot two dogs that had accidentally fallen into a giant abyss in Mexico. The rescuers could then get to the spot where the animals were trapped and then bring them safely to the surface.