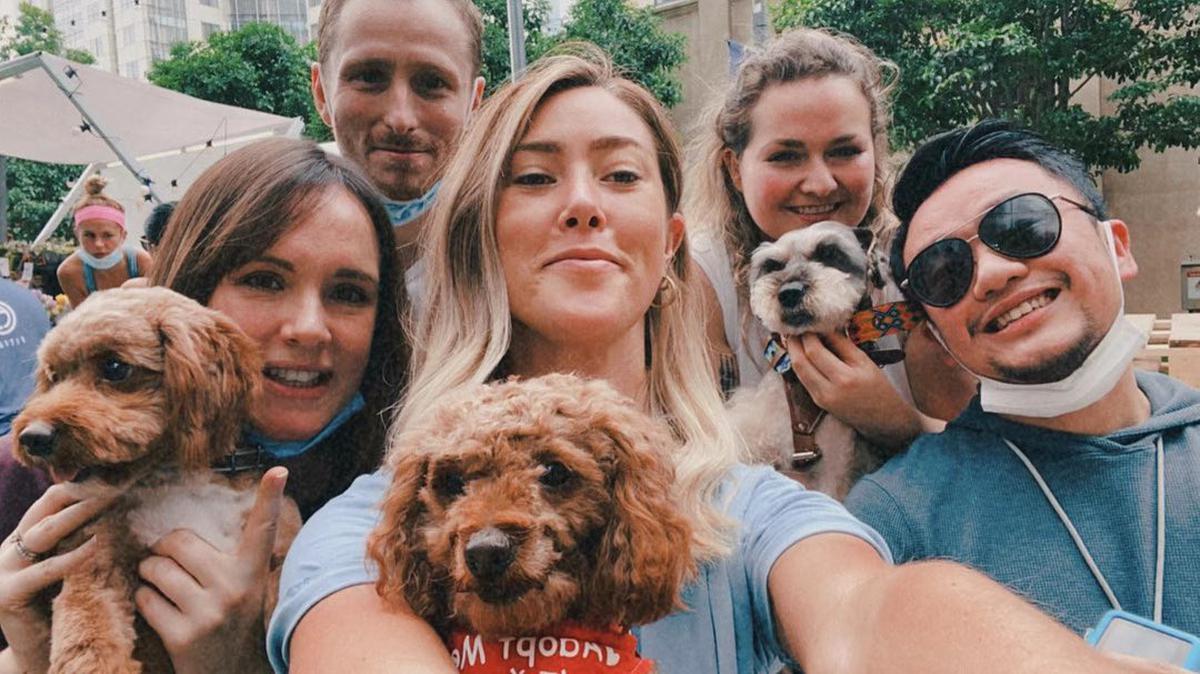 The Chinese economic capital is facing its strongest epidemic outbreak since the start of the pandemic in late 2019. Its 25 million inhabitants have been confined to their homes since early April.

China uses a strict zero Covid strategy, which includes placing all people who test positive, even asymptomatic, in quarantine centers, where they are isolated from the rest of the population. But they can not take their pets with them. Result: the latter risk being left alone for several days or even weeks, without a master to feed them and watch over them.

Euthanasia on the street

Another fear: that his dog or cat will be killed by the health service, which has already happened a few times in China since the start of the epidemic.

The video of a small corgi being killed in Shanghai, in early April, by a member of the health service caused outrage on the internet.

These images created a real “panic” among the owners, explains Erin Leigh, a 33-year-old American who launched a rescue operation for dogs and cats that were left to themselves in apartments.

Specializing in animal care until then, she and her group of friends built a network of hundreds of volunteers in a matter of days. In particular, they found someone willing to temporarily receive Sarah Wang’s cat. “She would not have survived a disinfection of my apartment,” says the 28-year-old young woman. “I can not imagine what regrettable conditions she would have found herself in without someone feeding her.”

Requests for help on the Internet

In a China where the authorities are preoccupied with preventing the occurrence of new cases of Covid-19, the well-being of pets is not necessarily a priority. Last year, at least three cats and a dog were even killed by the health service using sticks or iron rods.

Following the release of the video of the corgi being killed, Erin Leigh explains that she was overwhelmed by messages from masters, “who would save their animals at any cost”. His small team tracks requests for help day and night on the Internet. They then classify the information according to urgency level.

They then share posters with pictures and description messages on social networks, in Chinese and English, until a good soul volunteered to gather the animal.

Caregivers or couriers who are allowed to work despite the confinement are then asked to pick up the animals at the foot of the buildings and transport them to the new address.

The team of volunteers has already helped hundreds of cats and dogs – plus a few birds, fish and snakes. They also sent food to a closed pet store, which housed about 50 hungry huskies, Erin Leigh explains.

But getting animals out of the apartment where they are is often a headache. Because the authorities sometimes with extreme zeal apply the strict movement restrictions that they do not want to take the risk of circumventing. Another concern: Security guards, present in virtually every apartment building in the major cities of China, are often reluctant to transport the animals to the outside of the building. Finally, the deliveries, which usually transport goods or food, ask for a higher price to take responsibility for an animal.

Consequence of these difficulties: the rescuers, for example, spent an hour and a half recently getting a dog transferred from his master’s apartment to a building located … 600 meters away, says Erin Leigh.

It is often necessary to make it clear to the authorities that there will be “negative reactions” purely image-wise, “if the animal suffers any harm”, says Ocean Zhang, who was involved in negotiating the release of the dog. “If we all continue to work together, then there are emergencies […] can be resolved within hours. »