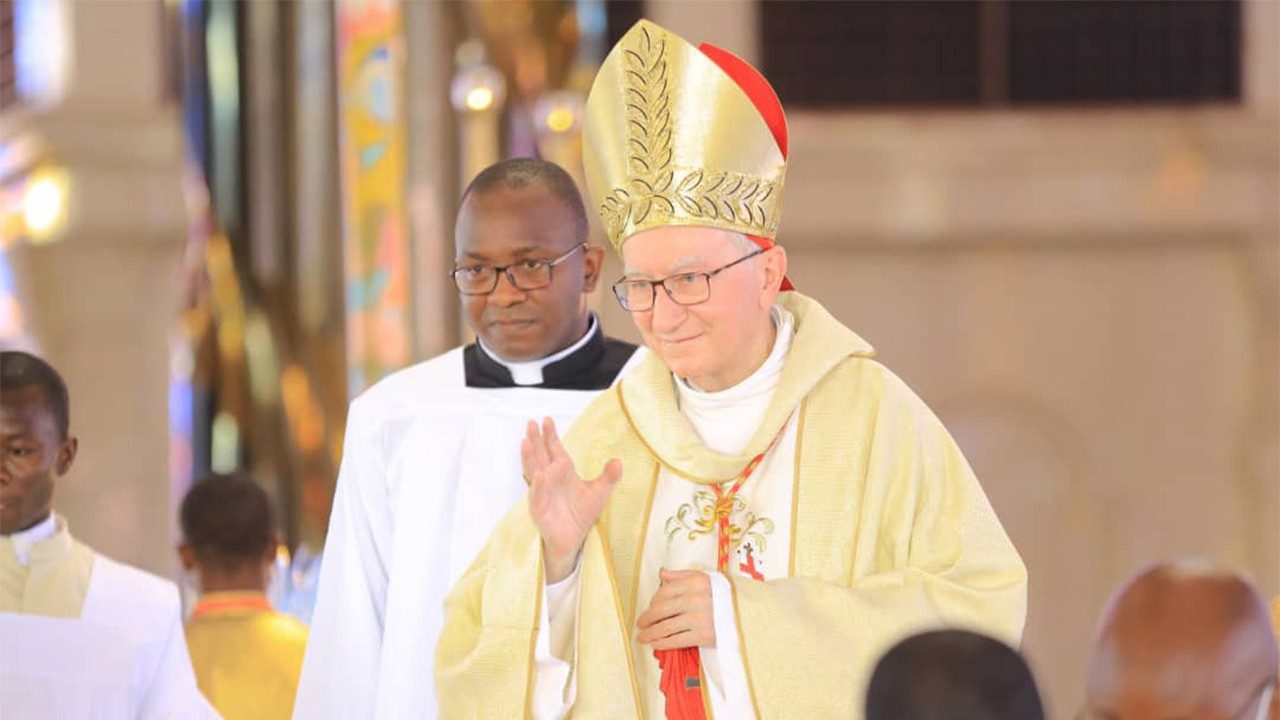 Cardinal Pietro Parolin ended his journey to Côte d’Ivoire with the celebration of a Eucharist at the Basilica of Our Lady of Peace in Yamoussoukro, on Good Shepher Sunday. The chair’s foreign minister also visited Saint Joseph Moscati Hospital, the result of joint action between the Holy See and the Ivorian state.

At the end of his trip to Côte d’Ivoire, where he proceeded, among other things, to the episcopal ordination of Monsignor Jean-Sylvain Emien Mambé, the new apostolic nuncio in Mali, Cardinal Pietro Parolin celebrated a Thanksgiving Mass on Sunday 8 May. , 2022 in Basilica of Our Lady of Peace in Yamoussoukro. This Eucharistic celebration saw in particular the presence of the Apostolic Nuncio in Côte d’Ivoire, Monsignor Paolo Borgia, the President of the Episcopal Conference, Monsignor Ignace Bessi Dogbo, as well as several authorities from the Ivorian region of Bélier. In his sermon, Cardinal Parolin dwelt on the image of the good shepherd, a model of authority as service and self-sacrifice.

To be the sheep of the good shepherd

In a world where shepherds abound in abundance and season, the good shepherd is the Lord’s anointed, “commanded by God to guide and protect” his flock, said the Secretary of State for the Holy See. “His voice is the voice of the Father. His word is the word of God. His style is the style of God. “. Christ portrays himself as the true shepherd, the one who watches over his flock “day and night,” maintains “a relationship of trust and love»,«an intimate and deep relationship ” with his sheep, trusted Cardinal Parolin.

To the Secretary of State for the Holy See, the portrait that Jesus paints of the good shepherd reveals the happiness that is about to be in his fold. This privilege is also a duty to listen to and obey the voice of Christ.

The good shepherd continues his work in the Church

Christ, good priest and true shepherd, continues his work in the Church. “We should not be afraid, we feel safe, in the Church and never alone, because Jesus is always with us», Reminded the cardinal of the Christians in Côte d’Ivoire. The Secretary of State of the Holy See invited the people of God to remain in union with the priests, through whom Christ, the good shepherd, continues his work. Followers of Christ must guard against bad feelings (jealousy, gossip, envy, etc.) that may lie in wait for them, “makes them look at each other like faience dogs rather than brothers and sisters, called to witness the Resurrected and only be led by him“. On the contrary, they must pray to the good shepherd to keep calling shepherds after his heart in the various states of life.

With regard to priests and consecrated persons, Cardinal Foreign Minister reiterated this fine recommendation of Pope Francis to “smell to the sheep» as they are called to, to whom they are sent and whom they are to take care of as the good shepherd.

Defend life, protect it and promote it

After the Mass, which he presided over on Sunday at the Basilica of Our Lady of Peace in Yamoussoukro, Cardinal Pietro Parolin visited the sick and the staff of Saint Joseph Moscati Hospital. To the nursing staff, Cardinal Parolin reiterated Pope Francis’ gratitude for the generous accessibility with which they dedicate themselves to the care of the sick. He stressed the noble and precious mission entrusted to them: to defend human life, protect it, and promote it.

Cardinal Parolin expressed the wish that this hospital structure, which is the result of joint action between the Holy See and the Ivorian state, would continue its commitment, especially for the benefit of the weakest and most vulnerable. He also thanked all those who have contributed to the realization of this work and those who contribute, for its good progress, especially the Camillian religious who have been engaged since the founding of this hospital.

Saint Joseph Moscati Hospital, named after “Neapolitan physician who dedicated his life to caring for the sick at the Hospital of the Incurables in Naples”, Has been under the direction of Bambino Gesù Hospital in Rome since 2021, at the request of the Vatican’s Foreign Secretariat.