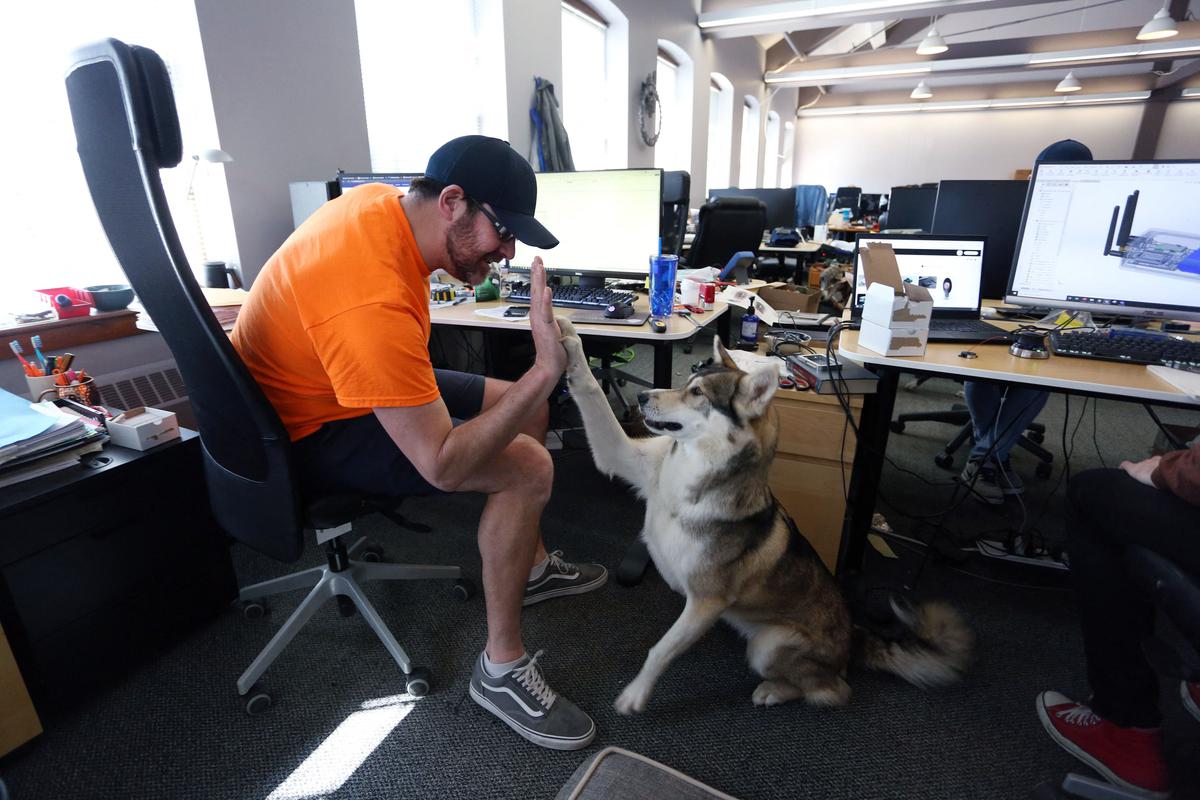 The 12-year-old blonde-haired labrador sniffs for work after something to eat or play with. By his side, Delila, a basset hound with long drooping ears, approaches and looks like he wants some attention too.

Daisy, listed on the company’s organization chart, has “nine years of experience supporting the best designers”

“Several of Daves’ (McMullin, vice president responsible for design, editor’s note) biggest innovations have emerged during long walks with Daisy,” the company writes, adding that the dog has “nine years of experience supporting the best designers.”

They sleep at the foot of the chairs

“We encourage people who have pets to bring them” to the office, says Tungsten Collaborative Chairman Bill Dicke. “You’re developing this relationship with your pet at home, and all of a sudden you go back to work and they have to check in for the day or wander around the house alone,” laments the 47-year-old driver, who feels this “is not fair “for the animal.

“Allowing dogs is a good indicator” of a corporate culture, says the owner of Eevee, who was looking for an environment that “was not too corporate”.

Anti-stress caresses … or not

His master, Trevor Watt, did not want to leave him alone in his new home when he returned to the office in January. Bringing him in should be a temporary solution. Not only has he adapted to office life, but he has also won over Trevor’s colleagues, who now share walks with Samson.

“He loves to get to work,” confides the happy master, who appreciates “not having to worry about him.”

But the presence of man’s best friend at work not only makes people happy, and can even present certain challenges. Because there are also employees who are allergic to animals or who are afraid of them. So when one of Trevor Watt’s colleagues, scared of dogs, is present, Samson stays on a leash.

And some employees of other companies have also been able to complain about stains on the carpet, improvised barking and hair found everywhere.