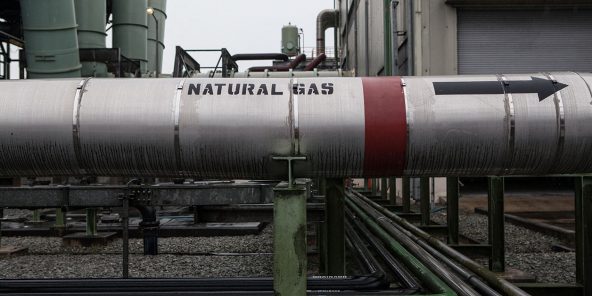 This is an important step taken in mid-December. Announced in late 2016, in Abuja, by King Mohammed VI and Nigerian President Muhammadu Buhari, the Nigeria-Morocco Gas Pipeline Project (NMGP), which aims to connect gas fields across the Atlantic from West African mastodon off the coast of the Sheriff’s Empire, obtained on December 18 funding of $ 29.75 million from the Islamic Development Bank (IDB), headquartered in Jeddah, Saudi Arabia.

This funding, which relates to the Nigerian part of the project, is in addition to the $ 15.45 million grant approved by the multilateral institution for the Moroccan part of this initiative. In total, IDB will contribute $ 45 million to Phase II of the Detailed Design Engineering Study (FEED), or half of the required $ 90 million. An important phase to “prepare the construction of the gas pipeline and improve its ‘bankability’ (attraction for investors, editor’s note) to attract potential international sponsors from the private sector”, she explains in a press release.

A mega-project worth more than $ 25 billion

The NMGP should extend the current West African gas pipeline – with underutilized capacity it connects Nigeria with Ghana via Togo and Benin – and connects with all the West African coastal countries up to ‘in Morocco. There it will join the Maghreb Europe Gas Pipeline, in the heart of the energy policy crisis between Algiers and Rabat. An interconnection with the Tortue Ahmeyim gas project (Senegal-Mauritania) is also planned. The expected cost of this mega project? Over $ 25 billion, writes Africa report in the January-February-March 2022 edition.

This infrastructure will allow the states involved to “replace the expensive oil-fired electricity generation with renewable and gas-fired electricity generation”, IDB adds in the same press release. Although this funding comes in a unique geopolitical context in North Africa, it nonetheless confirms the Bank’s crucial role in supporting Morocco, including several other projects with a component south of the Sahara. “From 2016, royal visits to sub-Saharan Africa have been a marker of the need to support these sister countries. Morocco shares its expertise, and this is done with the help of IDB,” he explains to Young AfricaAli Zerouali, Director of Cooperation and Development at Masen, the Moroccan Renewable Energy Agency.

Renewed force after returning to the African Union

If the “royal impetus” for the development of economic relations with sub-Saharan Africa precedes this date, the return of the Sheriff’s empire to the bodies of the African Union in January 2017, after thirty years of absence, gave new momentum to this momentum. It was in Rabat, in February 2017, that the “Arab-African Trade Bridges Program” (AATB) was launched, sponsored by the International Islamic Trade Finance Corporation (ITFC), a member of the Islamic Bank Group. development, aimed at increasing trade.

By 2015, Rabat had already signed a memorandum of understanding with IDB to promote Islamic financing in sub-Saharan Africa, accompanied by a further tripartite agreement involving the bank, Masen and Ouagadougou, to “provide expertise to the national drinking water system in Burkina Faso and help building its drinking water management and supply capacity.

“We operate through trilateral cooperation, for the establishment of joint projects. Masen, in collaboration with IDB and the Ministry of Energy in the recipient country, supports and makes its know-how available, ”explains Ali Zerouali. In November 2018, the Islamic Corporation for Insurance of Investments and Export Credits (ICIEC, a subsidiary of IDB Group) initialed a memorandum of understanding with Masen to facilitate private investment in the production of renewable electricity on the African continent. In December 2020, the Moroccan Agency presented an “initiative for the development of solar energy projects” in Djibouti, Gabon, Senegal and Niger with financial support from IDB.

Rabat has been financing $ 7 billion since 1974

The energy sector and Masen are not the only ones benefiting from cross-border initiatives from IDB Group in Morocco. The bank also supported the modernization of the Moroccan port of Jorf Lasfar, the first mineral port infrastructure on the continent, from which shipments of phosphates from the pan-African giant OCP are sent to the rest of the region and to world markets.

In October 2019, the International Islamic Trade Finance Corporation (ITFC, a subsidiary of IDB Group) entered into an agreement with OCP Africa on “strategic financing, innovation and agricultural capacity building measures aimed at” increasing production yields and raising the incomes of African farmers “. One month later, the two partners deployed the “OCP School Lab” in Senegal, a “travel awareness caravan” for farmers, especially on the use of appropriate fertilizers and good agricultural practices. They are also the ones who in January 2021 launched a specific program (Agribooster) aimed at agriculture in Côte d’Ivoire.

Morocco, which has only a marginal share of IDB’s capital (0.51% against, for example, more than 7% for Nigeria and Egypt, 23.5% for Saudi Arabia and 2.54% for Algeria) is by far one of The largest recipients of its funding. The Kingdom, which according to the financial institution “occupies a strategic position on the western edge of the Sahara Desert, connecting West Africa, the Arab Maghreb and Europe”, has since its accession in 1974 benefited from no less than $ 7 billion in cumulative funding (end of 2019). This makes it the second largest African recipient behind Egypt ($ 12.16 billion), well ahead of Nigeria ($ 1.6 billion) and Algeria ($ 3 billion). Rabat hosts one of the four regional centers of IDB in Africa along with Cairo, Abuja and Dakar.

By complying with the Islamic financing rules for the use of its resources – both in terms of the targeted sectors and the methods of financing, in particular the limits of interest-bearing loans – IDB must manage the profitability of investments that develop to a narrower extent than others development institutions.