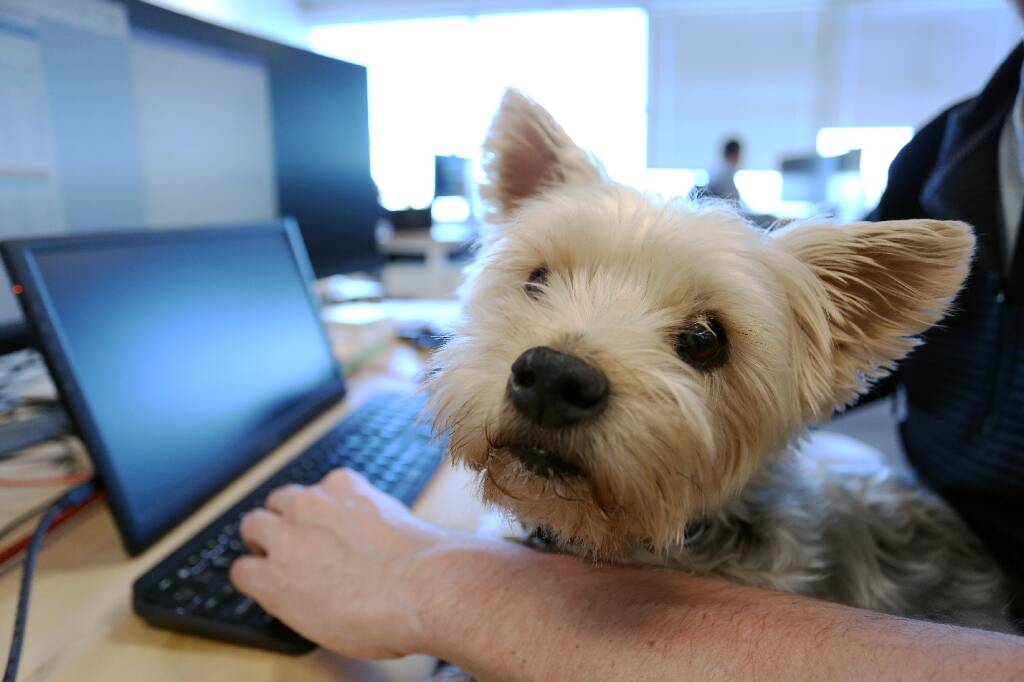 By his side, Delilah approaches – a basset hound with long drooping ears – and looks like he wants some attention too.

Daisy does “integral part” By the company. On the company’s website, she poses among team members and is even entitled to a short biography.

“Several of Daves’ (McMullin, vice president of design, editor’s note) biggest innovations have emerged during long walks with Daisy”writes the company, adding that the female dog means something “nine years of experience supporting the best designers”.

“We encourage people who have pets to bring them” in the office, Tungsten Collaborative President Bill Dicke told AFP.

“You develop this relationship with your pet at home, and all of a sudden you go back to work and they have to be in boxes for the day or roam around the house alone.” apologizes to the 47-year-old leader, who believes this “It is not fair” for the animal.

For some employees like Johan Van Hulle, 29, this was the new rule “a key factor in (his) decision” to take a job at Tungsten last year.

“Allowing dogs is a good indicator” of the culture of a company, confirms to AFP Eevee’s master, who was looking for an environment “not too corporate”.

“He loves to get to work,” says Trevor Watt, who appreciates “not having to worry about him”.

Her boss, Byron Williams, thinks it’s a great way to cuddle a dog “decompress after a large meeting”.

Samson stays on a leash when Trevor Watt’s colleague, who is afraid of dogs, is nearby.