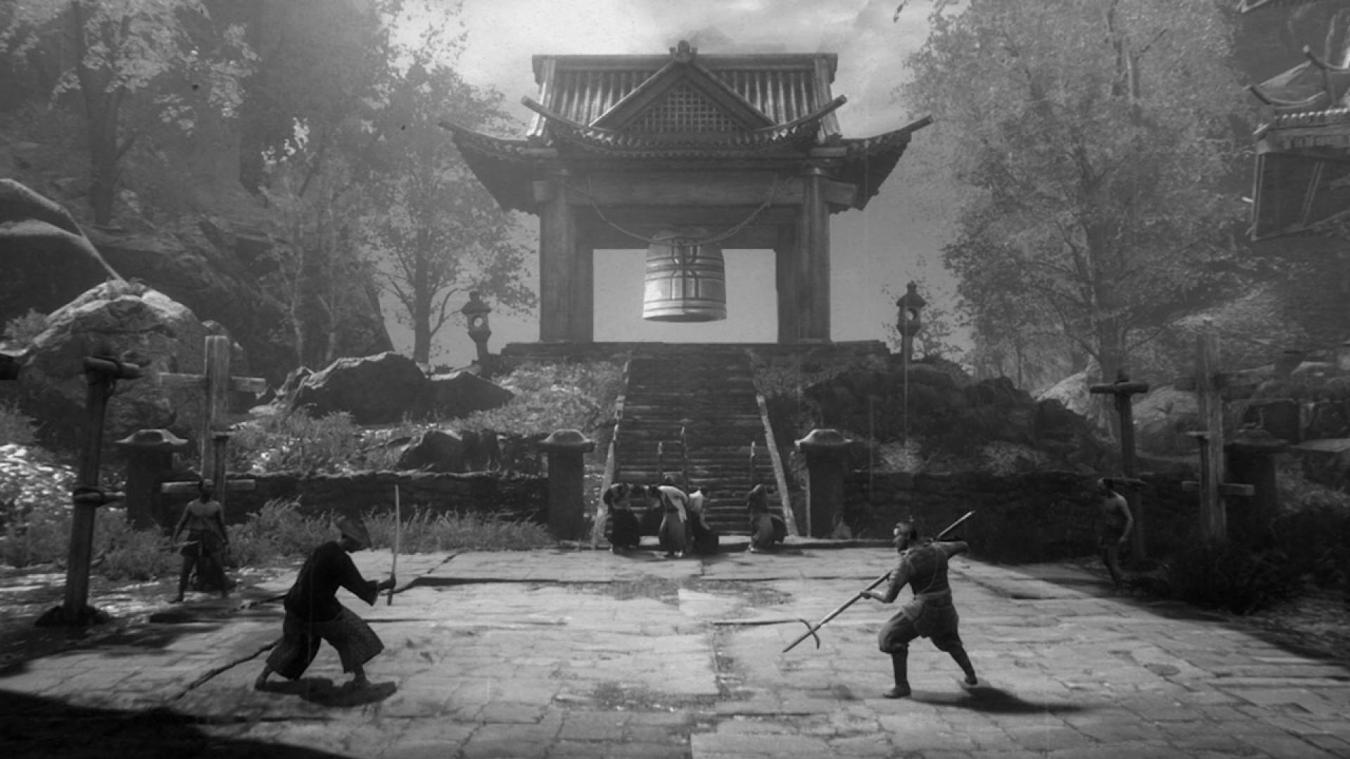 You are Hiroki, a young samurai apprentice who follows his master’s training when your village is attacked by lawless raiders. Your teacher must intervene to stop the massacre, but falls into battle before your eyes. You then swear to protect your community and to wash away the insult to which your elder is exposed.

Thus begins the adventure Trek to Yomicaptivating story in feudal Japan. The story of revenge, a samurai’s initial quest, from childhood to adulthood, as well as a reflection on the sense of duty: Trek to Yomi includes all of these themes at once.

Each scene in the game is a unique painting, like a Japanese print, which delivers a very special atmosphere.

To achieve this, the creators of the Polish independent studio Flying Wild Hog have chosen a radical artistic direction: full black and white. It is daring, but it is clear that this bet is a real success. The black and white here allows you to enlarge the play of shadows and light. The permanent contrasts emphasize the scenery and emphasize the depth of field. Result: each scene in the game is a unique painting, like a Japanese print, which delivers a very special atmosphere.

No doubt : Trek to Yomi is a major tribute to chanbara films, the 1950s Japanese sword films. We are especially thinking about Seven samuraiAkira Kurosawa’s masterpiece. A reference to the cinema underlined by an image in 16: 9 format
and which has a very special core, a patina as in the film of old films.

The rest of the production goes in the same direction: music (sublime), sound effects, landscapes, costumes, weapons. All, in every detailhelps to respect this period of Japanese history with the utmost authenticity.

All that remains is to immerse oneself in the epic, to cross villages, rice fields and caves with the help of a very ingenious set of cameras, which are constantly evolving across the scenes: sideways, but also in tracking back and forth.

Thanks to well thought out gameplay, we quickly manage to master all the attacking and defensive techniques with the katana, but also with the bow and the shurikens. And so let our hero find his way between the living and the dead in this chiaroscuro adventure.

It takes about ten hours to go through all the chapters Trek to Yomi. Less for the more skilled. Before you start, you can adjust the difficulty level. We advise you to choose the normal level (“Bushido”), which complicates the test a bit. To unlock the most difficult level (“Kensei”, hyperpunitive), end the game at least once. Finally, no fatigue of restarting a new game, because depending on our choice during the game, the end of the adventure is different.

Video game: “Trek to Yomi”, a fabulous introductory journey to the time of the samurai

In “Road 96” the road is not a long quiet river

Continue reading on this topic (s):