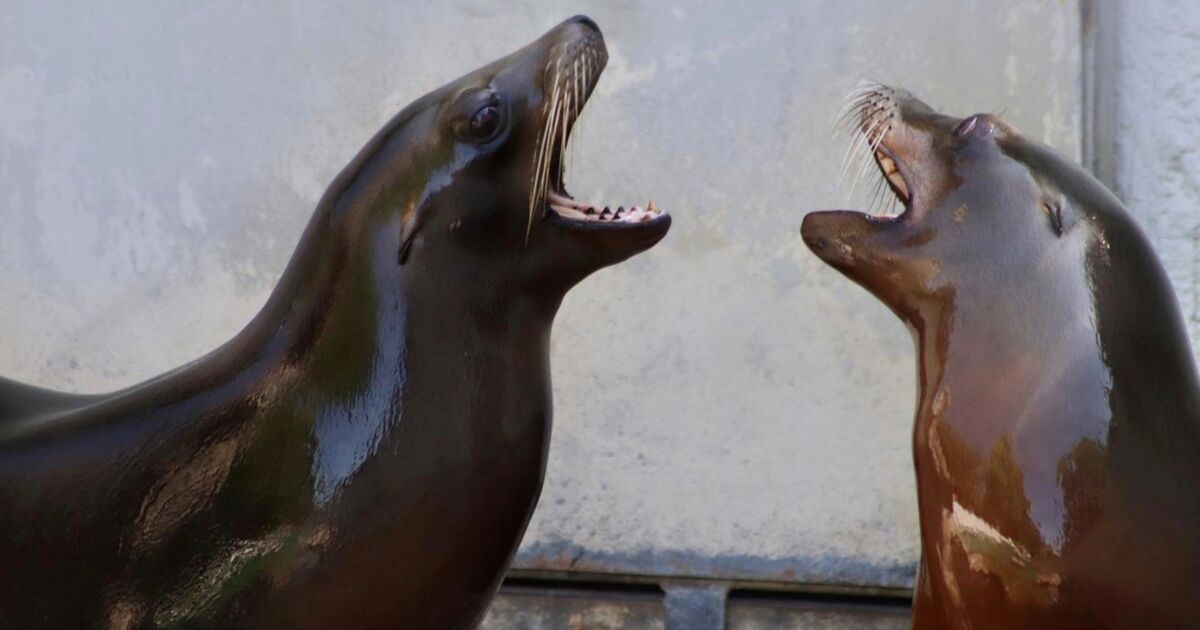 Why do birds sing, or do certain mammals emit different types of calls? For a long time, the animal sound world remained inaccessible to scientists. But for about forty years, bioacoustics has unveiled the richness and complexity of these communications. ” This specialty developed thanks to the invention of the tape recorder and the advent of computers. Explains Nicolas Mathevon, who twenty years ago created a bioacoustic research laboratory at the University of Saint-Étienne * (Loire), recognized worldwide.

Today, scientists can not only record and rebroadcast the emitted sounds, but also dissect them, modify them, or even design artificial shouts to observe animal reactions in the field. They discovered an incredible diversity, which Nicolas Mathevon reveals in his book Animals talk. Let’s listen to them.

” Some animals express something other than their current emotions. They control their sound productions according to the context and their interlocutors says the bioacousticist, who does not hesitate to talk about “language.” A language specific to each species that meets different needs.

The spotted hyenas mock in spite

In the heart of the African savannah, spotted hyenas live in groups of 6 to 90 individuals, with a complex organization in which the females dominate the males. The howl, the growl, the hiss … To make themselves heard, they have about twenty vocal signals, and each of these shouts can be modulated (louder, more serious …) depending on the circumstances. One of them is characteristic: a lugubrious mockery, which they use especially during meals when the competition around a carcass is fierce. A way to express their dissatisfaction when they have to let other people in the group eat before them. The acoustic study of this cry, which varies in amplitude and frequency, has shown that it contains information about the age and hierarchical status of the animal in its clan.

Seal elephants recognize each other on their cries

Every year, northern elephant seals migrate from southern Alaska to the Pacific coast to breed. The males then confront each other in fights with sometimes fatal results … But they also take part in “vocal contests”, consisting of a series of clicks, at a speed of several per second. Examination of the acoustic structure of shouts (rhythm, pitch) has proved interesting: Contrary to what the researchers thought, it does not reveal information about the power or motivation to win a fight. In contrast, men each exhibit a specific vocal signature. Marine mammals are able to remember the voices of their fellow creatures in a matter of days. Better, they remember it from one year to the next. A memory of an elephant (sea!), Which explains that when a dominant male begins to vocalize, the others recognize him and prefer to run away instead of fighting.

The koala bets everything on its second organ

For the koala, size matters! To seduce the females, the marsupial emits an incredibly deep scream that resembles a motorcycle engine and is close to that of an elephant. Goal: to seem bigger and therefore more attractive. Researchers have discovered that this peculiarity is due to the presence of another vocal organ, located higher than the larynx, whose membranes are long enough to produce very low frequencies. Cheating to appear more impressive than it is is also the purpose of the deer when it rings: By stretching its head upwards, it lowers the larynx towards the sternum, making the sound deeper.

In the Atlantic forest of Brazil lives the white-breasted singer, whose song obeys a precise structure: a few very high notes, then a series of small notes that become more and more serious, with a regular descent. It is used by males to signal their presence, mark their territory and locate other males at a distance, despite the vegetation. However, a more detailed analysis showed that the vocalization of each bird differs by small irregularities. The researchers played various recordings over the speaker. Result: The singer does not respond to the song from his usual neighbors, whom it knows well. But if we artificially change the irregularity of the melody, the bird rushes to defend its territory against what it identifies as an “intrusion”!

5 / Find your offspring in the crowd

The voice guides the sea lions

Being able to join his youth amidst tens of thousands or even thousands of others is sometimes a matter of survival. In some birds, such as penguins, or in pinnipeds, such as walruses and sea lions, parents and cubs guide each other by voice. The closer the colony is, the more efficient this recognition system is. The sub-Antarctic fur seal, which lives in the Indian Ocean, breeds on land. But she only stays with her newborn for a few days and has to go back to eat for two to three weeks … where the little one has nothing to eat. Specialist Isabelle Charrier has shown that the newborn at birth responds to any woman’s voice, but in two to five days only he can distinguish his mother’s voice. The faster the baby learns, the faster his mother leaves him. And the farther the mother goes, the more the youngster shouts his hunger. When she returns, the mother hears the child’s vocalizations and replies: The reunion is sealed in just under ten minutes.

Gibbons points out where the danger comes from

In the animal kingdom, the use of sound to warn of a threat is widespread, but some species are more subtle than others. Thus, a study has shown that gibbons use very sophisticated communication, a prototype language close to the first hominiders. By modulating their vocalizations, they indicate whether a danger is coming from below (snake) or from above (eagle). As for the merion, a very small bird, it has an alarm system with two screams: one to gather in front of an uninvited guest, the other to hide. More surprisingly, crocodiles also communicate with sound: the youngsters send out emergency cries to call their mother for help. And her reaction is immediate: she jumps and hurries towards the origin of the sound source.

Singing can be learned!

For a long time, animal screaming was thought to be a congenital reflex, etched in genetics. This is the case, for example, with the dog’s barking. On the other hand, “singing” birds (blacks, roots, titmice, etc.) need to hear and imitate their parents … otherwise they can not sing! This phenomenon of cultural dissemination is often accompanied by small copying errors, so that the songs over the generations may vary slightly in places such as Marseille or Parisian accents.