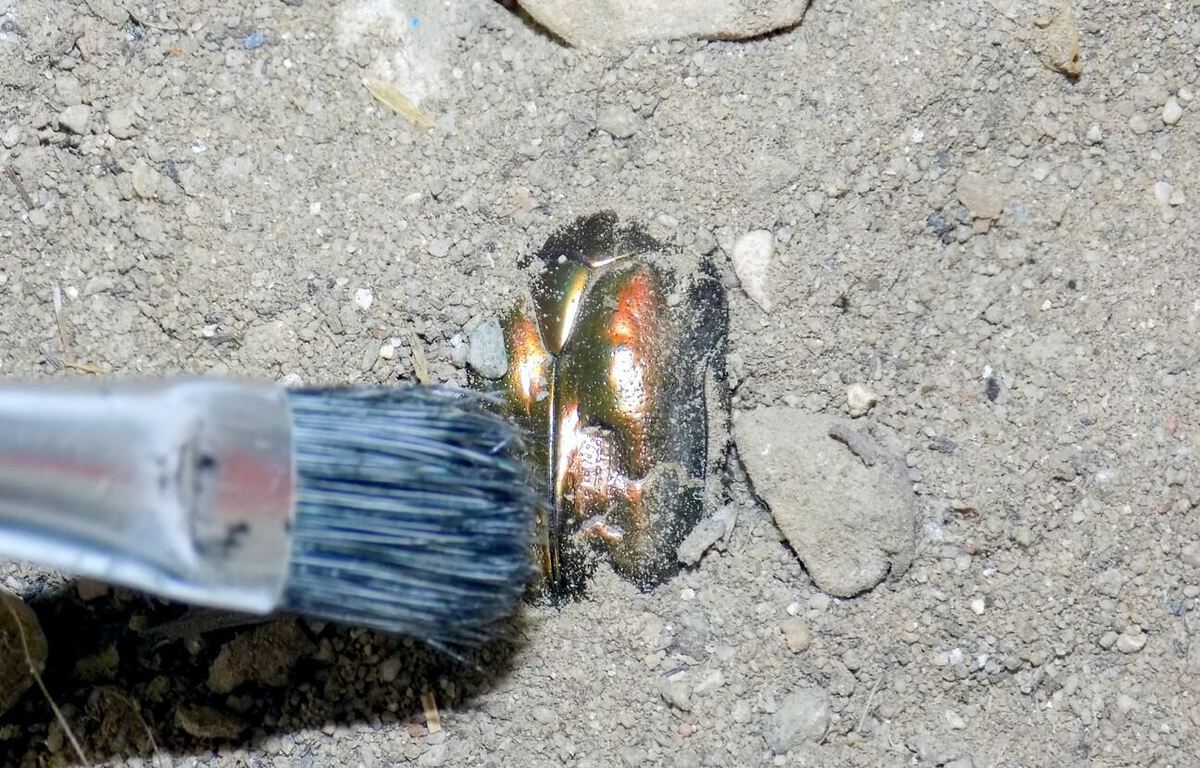 They are everywhere! In the house, garden or forest, insects have conquered all the ecological niches. So nothing surprising if you see them every day. If you look closely, you will see that they are not the same depending on the location.
Although they are found in all environments, many insects make strict demands on their living conditions. These can be based on physico-chemical balances (temperature, humidity, etc.), on the availability of a food resource or even on the degree of light in an environment (forest, meadow, etc.).

Their presence is therefore conditioned by many environmental factors. As a result, insects respond to disturbances in their environment, whether due to human practice or natural phenomena – insects are thus “bio-indicators of the environment”.

But if insects help us study our current environment, they can also make it possible to understand our ancestors and the relationships they maintained with their natural environment or modified by their actions.

Archaeoentomology is the discipline that studies the remains of insects from archeological sites. Since they have not undergone any development in the last hundred millennia, archaeological insects are therefore comparable to modern insects. It is by relying on this observation that scientists are able to identify them. This is possible thanks to their exoskeleton, that is, their shell, especially beetles (beetles, ladybirds, etc.), which are more resistant and can be kept for long periods without being petrified. Like the bones from archeological excavations, the insects will be preserved in their present state, but in the form of more or less decomposed fragments called “sclerites”.

Their state of preservation varies depending on the burial environment. It may be dry and confined environments such as graves or charred structures such as granaries and silos, but it is the moist environments that are most conducive to their good conservation (wells, moats, peat bogs, etc.).

To extract the remains of insects from an archeological layer, the sediment from the field is carefully decomposed in a basin under a jet of water and then sieved. The organic residues are then soaked in dearomatized petroleum – which the insects’ exoskeleton adheres to, unlike plant residues: this step makes it possible to isolate the insect residues.

Once the remains of insects have been extracted and sorted, we begin by identifying them with species, genera, or families for each sample, each corresponding to an exact date. Then we interpret the ecological role of each of these insects in this environment.

It is thus possible to get information about previous societies, the environmental conditions of the time or even about the way in which human activities have shaped the environments. But it is also possible to address ecological questions about the first invasive insects or humans’ first impact on biodiversity.

In France, there are more than 11,000 species of beetles adapted to a diversity of habitats. The climatic conditions control the geographical distribution of many beetles, especially the predators called “beetles” – the presence of some kind in the archaeological sediment therefore gives indications of the climate that prevailed at the time of deposition.

In addition to the climate, insects can bring a lot of information about the environment and its evolution under the influence of human practice.

As such, phytophagous (vegetarians) and xylophagous (tree eaters) have an optional location. Some species thrive only in forest environments, unlike others who prefer open environments such as grasslands. They will thus make it possible to get a picture of the environment, as well as of its plant cover, because phytophagous depends on the presence of their host plant.

Among these specialized insects, the root beetle family perfectly illustrates this monophagy. In fact, there are many species, each adapted to a plant or plant family: birch leaf beetle, elm, mint or even cabbage flea beetle … Their presence in an archeological site means that the food plant was present, although it is not preserved in most cases .

Nitrophilic plants are those that like soil rich in nitrates and organic waste. These plants, the most famous of which is without a doubt the nettle, are often typical of environments exploited by humans, with animals in a pastoral context, for example.

Entomologically, this is reflected by the presence of these specialized phytophagous, but also by the presence of coprophages, the famous dung beetles. These insects feed on the excrement of other animals and therefore play a significant role because they recycle organic material for natural fertilizers and at the same time prevent the spread of diseases in the natural environment and livestock. Although the best known is the sacred beetle of the Egyptians, there are about 250 species of dung beetle in France with varying habits. These species can make it possible to certify the presence of farms in forest or grassland environments as well as important historical phenomena, such as the beginning of soil improvement practices using fertilizers in the Iron Age.

In addition, some species appreciate a wide range of excrement, while others are stricter. Their requirements give us information about the animals that grazed, even though no bone remains are present.

If dung beetles and other decomposers are beneficial in farms, other insects are more problematic to the agricultural environment. Even today, we fight against pests that cause damage to our crops and our stocks. The history of these insects is closely linked to humans and the beginnings of agriculture, where these species moved from the natural environment to an anthropized environment, where the abundance of food resources (monoculture, populations, etc.) favored their outbreaks. For archaeological research, these pests can provide information on the hygienic quality of food as well as on deterrence methods. In this connection, the Roman agronomist Columelle gives advice on the height of grain piles to be stored in grain magazines, tells about the measures to be taken in the event of the presence of beetles in wheat and losses due to insects that may exceed 10% grain harvest (Columella, res rusticae Chapter 6).

Wheat snout beetle (Sitophilus granarius) has been known since ancient times to cause significant damage to grain stocks. This is a species that lays eggs and obtains its larval development in stored grain reserves (wheat, rye, barley, etc.) and therefore does not need the living plant to feed itself. This insect has the special feature of being wingless, that is, without wings, making it dependent on human migrations for its movements. By accompanying grain transfers, his disability therefore gives him the privileged status of witnessing the long-distance transport of grain and its intensification throughout history.

Originally from Asia Minor, it is possible to see its development in the Near East from the Neolithic period (7000 BC) to Protohistory (2500 BC). We then observe a very intense invasion of this insect in Roman times, from the moment when Gallo-Roman urbanization became massive (1st century AD), to finally arrive in America in modern times (18th century) .

Insects testify to the impact of humans on biodiversity

Deforestation for agriculture and livestock, land change or urbanization: by locally altering natural ecosystems, these practices have had an impact on entomological biodiversity by favoring certain species to the detriment of others. By comparing the same places at different times, it is possible to see how certain insects were able to adapt to anthropic environments and then form the first communities of synanthropic insects (living wild animals close to humans: flies, cockroaches, moths, etc. .). ); while others may have moved away or become locally extinct as a result of habitat destruction (plum blight).

Similarly, the growth of trade in goods, foreign foods, or even new animals from the Iron Age could have enabled the introduction of invasive insects and parasites into a new environment. This scenario would follow the trail of the Black Rat’s arrival in France in the 1st century AD. AD or weeds (weeds) such as corn mussel and myagre, which would have followed human transport in the Iron Age.

Once we begin to understand the mechanisms behind biological invasions and their impact on the environment, could one imagine that previous practices would have to adapt to insects that have not yet been identified? Only the analysis of insects from many other places will allow us to better understand the evolution of interactions between humans and their environment throughout history.

This analysis is written by Jérémy Rollin, PhD student in Archaeoentomology at the University of Tours.
The original article was published on the site of The conversation.

And for better pay 20 minutes, do not hesitate to accept all cookies, even for one day only, via our “I accept for today” button in the banner below.