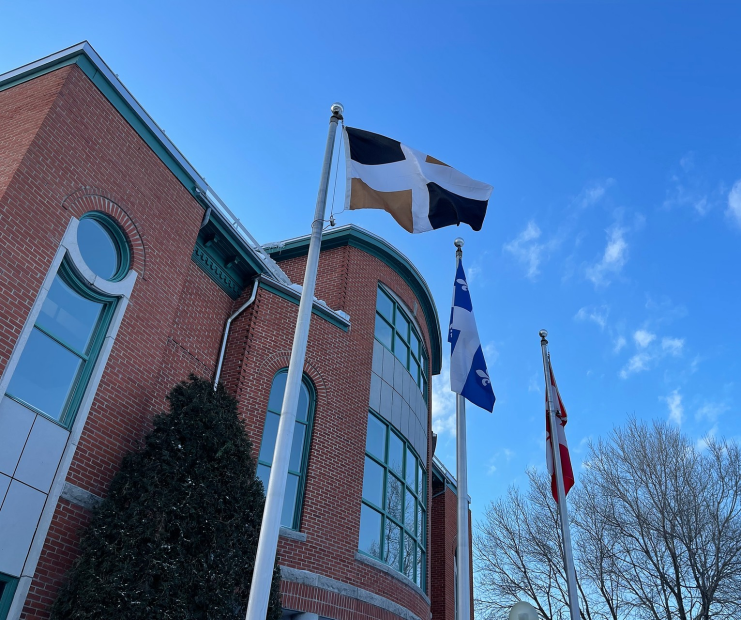 Intervention from the Ministry of Environment requested

On the sidelines of the meeting, Gilles Lehouillier announced that the city welcomed a petition filed by hundreds of citizens concerned about the planned expansion, targeting the operation of quarries, gravel pits and sandboxes in the Chemin Saint-Roch sector.

The group fears that the expansion of these activities will have consequences for Grande plée Bleue. Although municipal regulations allow the operation of gravel and sand pits in the area in question, the final decision lies with the Commission de Protection du territoire agricole du Québec.

As part of the process, the municipality therefore asks the Ministry of the Environment and the Climate Control to intervene to ensure that the expansion project does not have consequences for the conservation “of this ecological jewel what is Grande plée Bleue and respect for wildlife’s natural habitat”. To formalize this request for intervention, the municipal council adopted a decision to this effect at its meeting on 9 May.

In another way, the mayor also promised to look at mitigating the effects of quarries, gravel and sandbox activities in the Chemin Saint-Roch sector, another request from the group of petitioners.

During the general meeting, the elected officials approved the grant of a $ 120,000 grant to the non-profit organization Zone Synapse for the development of its project Zone d’innovation Synapse – Start-up phase in Dataparc Lévis.

The project aims to demonstrate the operation of the Innovation Zone by training robots and developing a toolbox for users of the Zone. Zone Synapse especially wants to help small and medium-sized enterprises (SMEs), and wants to offer robot training rooms and simulation environments that allow the roll-out of automations and their recycling (toolbox) as well as offer, upon request, environmentally responsible calculations for SMEs.

Several citizens took advantage of the question period to ask the city of Lévis to take steps to make the Chemin Pétrée navigable in the spring. Remember that this rural dirt and gravel road, located on the border of the Saint-Étienne-de-Lauzon district with Saint-Lambert-de-Lauzon, will be a road worthy of war-torn countries.

Residents of the area have lamented the traffic problems on the Chemin Pétrée and even the deprivation of certain municipal services, such as garbage trucks that can not use the road at the moment, and a vehicle from Ville de Lévis (SPVL) recently got stuck when police were called to arrest into the area.

The mayor reminded that the Chemin Pétrée did not meet current road standards and that it was hit by a major drainage problem. Since corrective work along the way would cost between $ 6 million and $ 7 million, the Lehouillier administration is evaluating the implementation of optimal and alternative solutions to tackle the problem. For his part, Serge Bonin, a city councilor in the Saint-Étienne district, confirmed that he reminded officials of the importance of targeted road intervention, and asked the municipality to assess the cost of a global repair from Petrée Road.

Upcoming decision on the future of Mercier Saws

After a question from a citizen of Old Lévis, who was particularly concerned that the place now attracts vermin and potentially attracts vandals, Gilles Lehouillier raised the question of the future of the Scies Mercier building. Several months after the city council rejected the request to demolish the building erected in the late 19th century, the first citizen of Lévis indicated that the council will make a final decision on the future of the site in the coming weeks.

Another step taken for the recreational trails in Saint-Nicolas

The elected officials approved the expenses related to the Sentiers récréatifs de Saint-Nicolas project to the maximum amount of $ 525,000 from the unallocated accumulated operating profit during the meeting. Specifically, the municipal council approves the costs of implementing professional services, intervention work for sustainability and development as well as any acquisition of adjacent plots of land in the part of the quay baker that the municipality’s social life department wants.

Councilors approved a recommendation by officials to conclude the agreement on Chaudière-Appalache’s sectoral cultural development 2022-2025. This plan, which brings together the city of Lévis, the nine RCMs of the Chaudière-Appalaches and the Quebec Ministry of Local Government, provides for the development of an action plan on the main issues and opportunities raised during the consultation and mobilization process. Subsequently, the contractual partners will work on planning and implementing the projects identified to achieve the objectives of the action plan.

This is a comprehensive agreement totaling $ 1,124,000 over three years. The city of Lévis will contribute a total of $ 27,000 over three years. Part of this funding, amounting to $ 14,000, has already been set aside under the Cultural Development Agreement concluded between the City of Lévis and the Ministry of Culture and Communications. The second tranche of funding, $ 13,000, will be taken from the available budget for the Department of Arts and Culture in the city of Lévis.