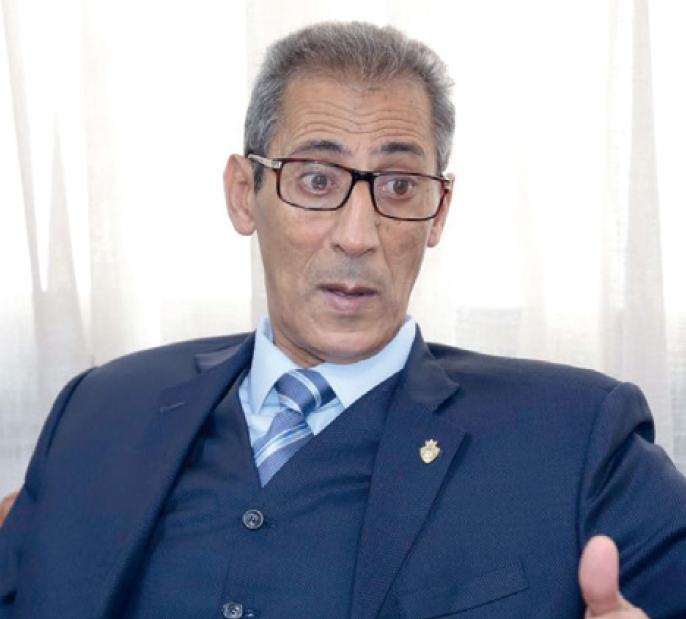 – Are we sufficiently aware of the importance of the history of the Sahara?

– It is obvious that we are witnessing a consciousness among the Moroccan public that has become more and more permeated by the history of the Sahara, which arouses unprecedented curiosity, especially as this story does not originate from the green march and has its roots from the deep . of the history of our country. It is sufficient to see that Sultan Idriss II became the throne in the presence of representatives of Sahrawi tribes. This shows how old this story is.

– As a historian, do you have difficulty accessing historical archives?

-Yes, personally I encountered several obstacles at the beginning of my journey, including lack of documentation, knowing that the available historical works talking about the Sahara are not numerous enough. Moreover, it is important to keep in mind that the documents proving the historical ties between the sultans of Morocco and the Sahrawi tribes were blackmailed by the former colonizing powers. I cite hundreds of correspondence, acts of allegiance and other documents proving Morocco’s pure sovereignty over this area.

-What was the state of relations between the tribes of the Sahara and the sultans of Morocco before the colonization?

-When the first Spanish and French settlers arrived in the Sahara in the late 19th century, they found a population that uttered the prayer in the sultan’s name of Fez. In addition, the currency of the time, Hassani-riyal, was well aware that Justice would pass judgment in the sultan’s name if Makhzen appointed the judges and his representative among the responsible personalities in the region. It was a kind of “autonomy” that was already a reality at the time.

The judges, caids, pashas and other representatives were named by the sultan’s dahir. The relations between the sultans and the tribes of Ait Lahcen, Reguibat, Maelainin, Filala were so deep that these tribes were selected to embody the representation of the central power in the Sahara. The authority of the sultan extended to the regions of Trarza, Adrar and Tagant, whose governors were appointed by dahir by the sultans up to Moulay Abdelaziz.

The Sahara is all the more historically Moroccan when the Spaniards were defeated in Dakhla in 1885 by the opposition of Cheikh Ma El Aïnin, who represented Sultan Hassan I, who did not fail to officially protest against the Spanish monarch Alfonso XXII. The Moroccan character of the Sahara before colonial times, which we talk very little about in Morocco. Ak!

–Although it recognized the allegorical ties between the Sultans of Morocco and the Sahrawi tribes, the ICJ, in its 1975 advisory opinion, failed to recognize the links to territorial sovereignty despite the evidence presented by Morocco, why did you see?

-There were problems from the beginning of the process of decolonization of the Sahara, which led to all the misunderstandings we know. Morocco provided the Court with all the evidence in its possession in support of its legitimate claims. There were documents from the time of Ahmed El Mansour Dehbi, Moulay Ismail, Moulay Slimane, Moulay Abderrahmane and other sultans who attested their connections with the Saharawi people. The reason the ICJ recognized them.

The origin of the misunderstanding is clear: Western international law and its case law ignore the true meaning of “Baiâa”: the act of allegiance in Muslim law by virtue of which a monarch exercises his sovereignty over a territory by agreement with the people. Ignorance of the fidelity tradition was one of the reasons for the second part of the ICJ statement. But all in all, the case was won by Morocco.

– You often say that France has some of the responsibility in the outbreak of the Sahara conflict, to what extent is it responsible?

-I realized that during my research trip in the 1980s. Quai d’Orsay refused to give me free access to the archive I requested. One leader even told me that I wasted my time digging into the history of the Sahara. However, the French archive contains several documents that would have been invaluable to us. Unfortunately, it is still difficult to access.

– For a long time, we are witnessing a debate on Eastern Sahara, which would have been looted by France and arbitrarily given to Algeria, a comment?

-The territories of Eastern Sahara, such as the regions of Touat, Colomb-Bechar, Gourara and Tindouf, were Moroccan in history.

Since the time of Moulay Ismail, Makhzen’s power was represented there, the French, when they arrived in Algeria, failed to take note of the Treaty of Tafna, signed between the Cherifian Empire and the Ottoman Empire in 1651. A border tracking treaty setting boundaries in Tafna region. I would add that the people of Tlemcen had expressed their desire to swear allegiance to the Moroccan Sultan Moulay Abderrahman after the French invasion in 1830, moreover, even Emir Abdelkader himself uttered the khotba in the sultan’s name before turning around.

General Bugeaud even testified about the help the sultan gave to the Algerian resistance. France took this territory by giving it to Algeria, where it hoped to stay forever.

– Should we better integrate the historical aspect in the defense of the national cause?

– Absolutely. We have been too passive in this regard in previous decades. We have prioritized the political struggle while neglecting the intellectual front. It must be acknowledged that the enemies of the national cause have invested colossal funds in international advocacy by being present at conferences, forums and the various international universities to promote their dissertation, while we had not invested massively in this struggle.

Therefore, it is urgent to invest in this advocacy business by knocking on the doors of intellectual circles around the world and using historians, intellectuals, lawyers and all those who can speak to the spirit and consciousness of international civil society. The fact is that a few years ago, Morocco began to activate its soft power in this area, which I am personally happy about, but we need more initiatives.