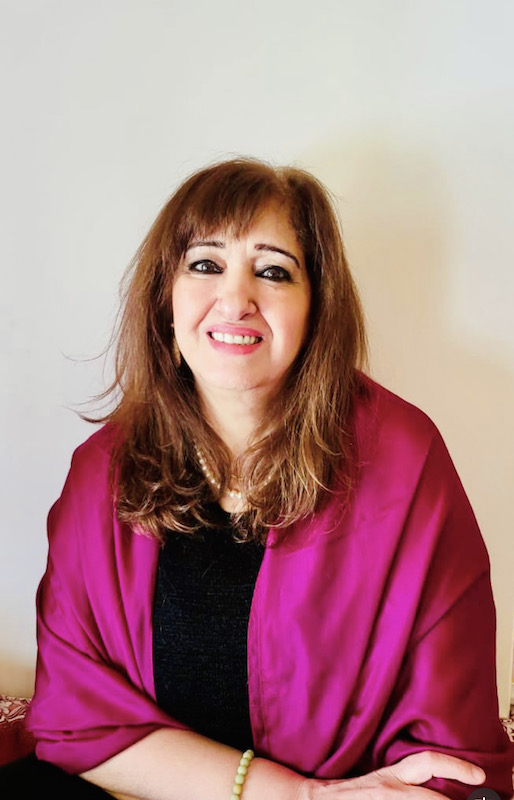 The winner in 2022 in the literature category is the Emirian novelist and poet Maisoon Saqer for his book Maq’ha Reesh, Ain Ala Massr (Looking at Egypt: Le Café Riche) published by Nahdet Misr Publishing in 2021. The historical study focuses on a legendary café in Cairo, in the heart of the social, political and cultural life of Egypt in the 20th century.

Through the colorful prism of this café, which is very popular with writers and artists, Maisoon Saqer resumes the story of modern Egypt and tells the story of a place in full transformation. 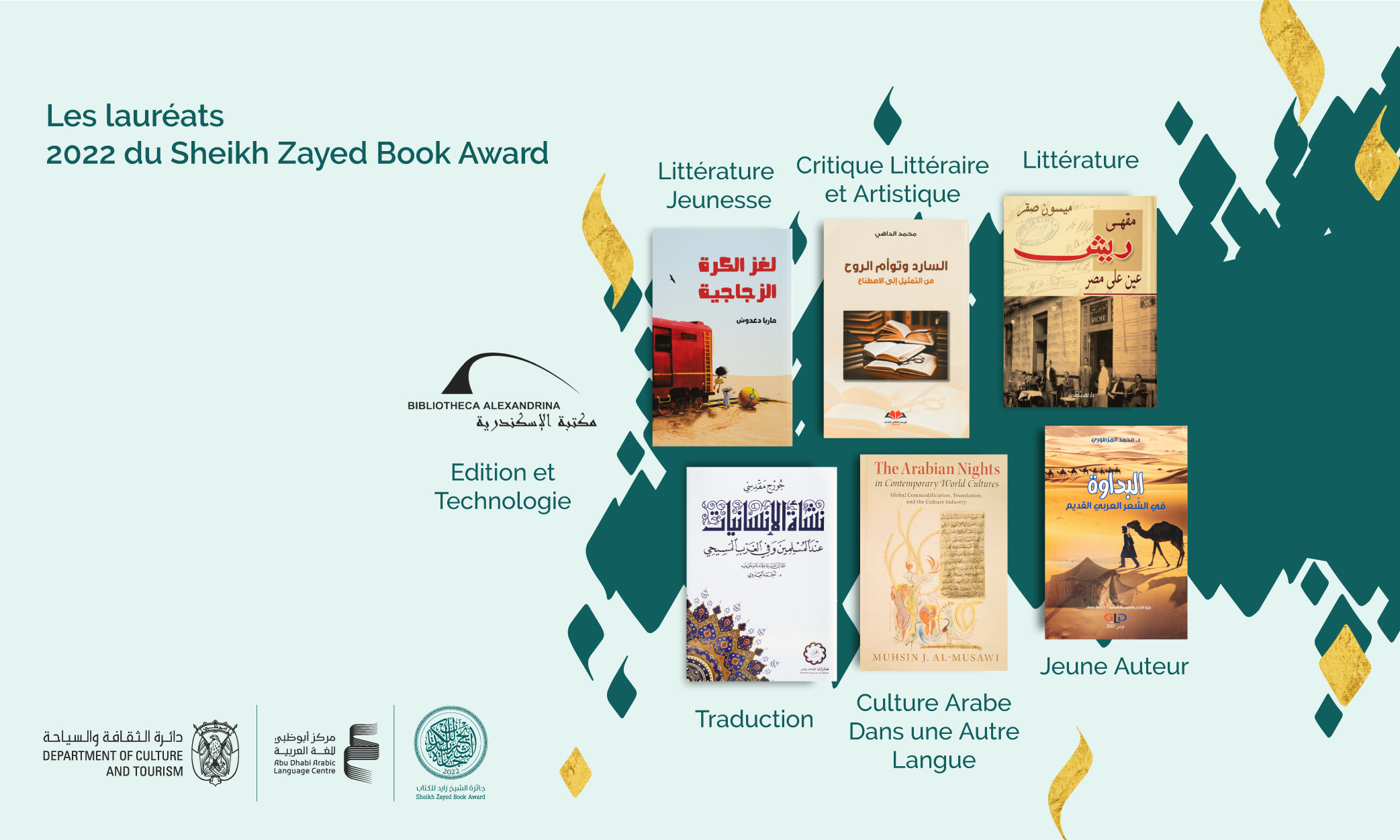 The Sheikh Zayed Book Award in the Young Author category is awarded to the Tunisian author, Dr. Mohamed Al-Maztouri for Al Badawa fi al She’er al Arabi al Qadeem (Bedouinism in Ancient Arabic Poetry) published by the Faculty of Literature, Arts and Humanities at Manouba University and the GLD Foundation (Al-Atrash Complex for Specialized Books) in 2021

This critical study explores the influence of nomadism in ancient Arabic poetry, and examines in particular how images of the Arabian desert are translated into poetic form, and how poets transcended stereotypical images of the desert as barren land.

Sheikh Zayed Book Award in the category Children’s Literature goes to the Syrian author Maria Daadoush for Loghz al Kora al Zujajiya (The Mystery of the Glass Ball) published by Dar Al-Saqi in 2021.

This book tells the story of a 12-year-old boy who accompanies his grandfather on a train journey through the desert and embarks on a series of exciting adventures that face criminals determined to destroy the ecological life of an oasis. His previous books The Fly Flew Over the Pond and Diary of a Martian Kid have been translated into English.

The Sheikh Zayed Book Award in the Publishing and Technology category goes to Bibliotheca Alexandrina (Egypt).

This advanced library and cultural center houses millions of books in multiple languages. In particular, the Sheikh Zayed Book Award recognizes the library’s extensive resources, such as its digital archives that serve the needs of readers around the world, and its “Embassies of Knowledge” initiative, which includes departments at Egyptian universities that provide resources to students and researchers without to have to travel to Alexandrina’s headquarters. The library not only supplies books and journals, but also publishes unique works and offers a program of workshops led by leading researchers, in person and online, enriching the Arab culture and promoting it throughout the world.

The Sheikh Zayed Book Award in the Arabic Culture in Another Language category goes to the Iraqi-American Dr. Muhsin J. Al-Musawi for Arabian Nights in Contemporary World Cultures: Global Commodification, Translation, and the Culture Industry published by Cambridge University Press in 2021. (USA). Dr. Al-Musawi examines the continuing popularity of One Thousand and One Nights among writers, artists, filmmakers, musicians, and philosophers, from Marcel Proust to Walt Disney, and considers their appropriation in the context of colonial heritage.

Sheikh Zayed Book Award in the Translation category goes to the Egyptian Dr. and translator Ahmed Aladawi for Nash’at al Insaniyat Einda al Muslimeen wa fi al Gharb al Maseehi (The Rise of Humanism in Classical Islam and the Christian West) written by George Makdisi, translated from English into Arabic and published by Madarat for Research and Publishing in 2021.

This essay shows how Western thought finds its roots in the medieval Islamic world. Dr. Aladawi’s translation has been praised for its fidelity to the original text and its concern for adhering to the spirit of the Arabic language.

In this book, the semiotician Aldahi examines the ever-changing relationship between author and narrator in autobiographical texts such as diaries, letters, and confessions, from antiquity to modern times. By considering readers’ expectations of this relationship throughout history, Aldahi explores the fertile zone between reality and fantasy.

The Sheikh Zayed Book Award is one of the most prestigious and well-endowed literary awards in the Arab world. Its main mission is to promote and pay tribute to intellectuals, researchers, writers, translators, publishers and institutions that have made a significant contribution to literature, social sciences, culture and modern knowledge related to the Arab world.

The prize is happy to communicate in France and takes the initiative to provide financial assistance for translation and promotion to French publishers who want to translate the finalist works in the categories Literature and Children’s Literature from Arabic.