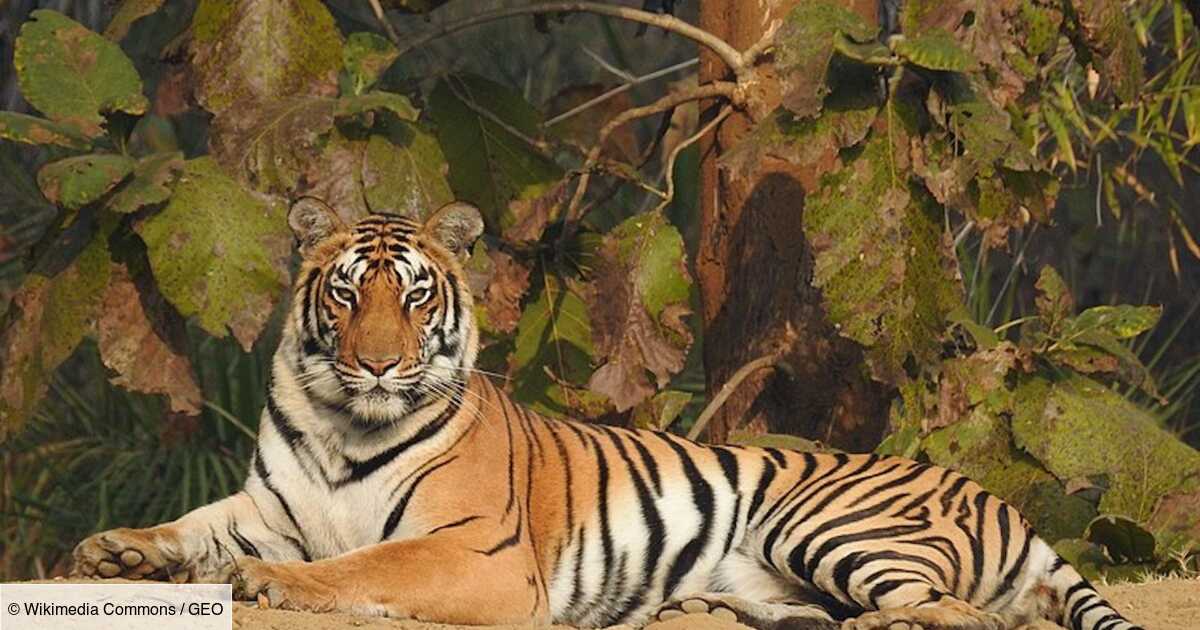 This is a very comprehensive global inventory that refers to and makes it possible to assess the risk of extinction of thousands of species. The IUCN Red List operates by category. There are nine: Extinct (EX), Extinct in the Wild (EW), Critical Endangered (CR), Endangered (EN), Vulnerable (VU), Near Threatened (NT), Least Concern (LC), Data Deficient (DD) , Not evaluated (NE).

Only the categories “vulnerable”, “threatened” and “critically endangered” are threatened. For the latter, it is the last step before extinction.

To know if a species falls into these categories, different parameters are used. For example, the more a species has a reduced number or reduced or fragmented distribution, the more it tends to be endangered. The decline has also been analyzed.

More than 77,300 species have been assessed, and more than 22,700 of them are threatened with extinction. It is estimated that 41% of amphibians, 25% of mammals and 13% of birds are endangered.

To better understand what an endangered species is, Craig Hilton-Taylor, head of the IUCN Red List team, gives us his insight.

What are the criteria for each red list category?

Craig Hilton-Taylor : The criteria for including a species in a particular category on the red list are very complex. They include, among other things, population size and trend (is the population increasing or decreasing?), But also the area occupied by the species and the fragmentation of this habitat. The aim is for the criteria to be consistent across very different species and habitats, so that they can be applied to, for example, species that occur worldwide, often in large numbers, as well as to species that are only found in a specific place and usually in a small number.

⋙ Animal Quiz: These species are endangered or extinct due to humans

What measures are taken when a species is declared endangered?

Craig Hilton-Taylor: Many countries use the Red List to inform about their policies and conservation priorities, so there is a good chance that a species listed as endangered may lead to better protection or concrete actions – but this is not automatic and depends on the situation and the legislation. process in each country. That said, a species that has been declared endangered is often a call to action that can catalyze conservation efforts. These efforts are often carried out by other international or national conservation organizations, and in some cases the lists of various donor organizations supporting species conservation are used to determine their own funding priorities, and they may even launch campaigns.

What are the best known species found in each category?

Craig Hilton-Taylor: Many emblematic and charismatic species are threatened with extinction. For example, among the critically endangered species, there are three species of rhinos – the black rhino (Diceros bicornis) in Africa and rhinos in Sumatra (Dicerorhinus sumatrensis) and Java (Rhinoceros sondaicus) in Asia, as well as the African forest elephant (Loxodonta cyclotis). In the endangered category we have the tiger (panthera tigris) or the mountain gorilla (Gorilla Beringei). Among the emblematic species classified as vulnerable is the giant panda (Ailuropoda melanoleuca), GIRAFE (Giraffa camelopardalis) or the snow leopard (panthera uncia).

⋙ Mexico: only 10 guinea pigs left, but it is still possible to save the species

How often are species re-evaluated to see if their category still matches them?

Craig Hilton-Taylor: The goal is to reassess all red list species every ten years; after ten years, if they are not reassessed, the assessments are marked as “need to be updated”. If a species is known to be in rapid decline, reassessments may be made annually or even more frequently if necessary. For some taxonomic groups, such as birds, critically endangered species tend to be re-evaluated every year, while for most other birds they are only re-evaluated once every four years. The degree of reassessment is highly dependent on the availability of resources to perform the work.

How many endangered species are there in France?

Craig Hilton-Taylor: 480 species on the French mainland (including Corsica) are endangered. In the overseas territories, 1,456 species are endangered.

⋙ These animals disappearing from France due to climate change

Which country has the most endangered species?

Craig Hilton-Taylor: The countries with the greatest biodiversity also tend to be the ones with the highest number of endangered species – Madagascar has 3,732 species listed as endangered, Ecuador (including the Galapagos) has 2,630, Mexico 2,245 and Indonesia 2,223.

The 5 things to know about the orangutan, an endangered great ape

The shark fin trade, a legal practice that pays off

Everything you need to know about the cheetah