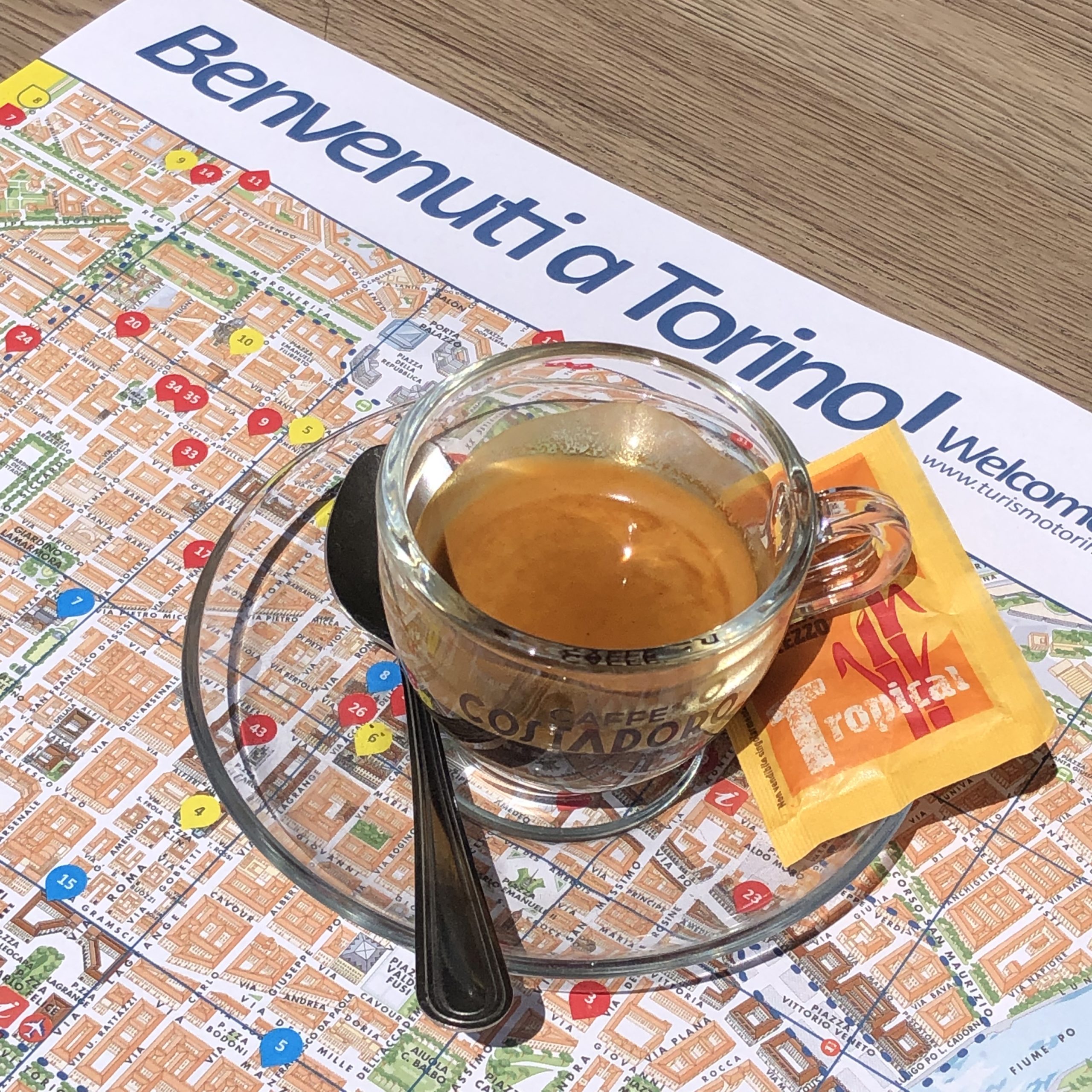 Monday, May 9th 2022, 06:45 After days of growing excitement, a suitcase is already ready 48 hours before (something quite rare for the Sagittarius that I am) and above all years of waiting and hope, it is on this day that the dream comes true . With the trains, with the trains hello hello and travel to Turin!

It is thus after six hours by train that I crossed the Alps and that I will for the first time experience Eurovision live from the host city and from the room. Tear in the eye.

Afternoon. ONE quatro formagi and an espresso from the stomacchioAirbnb restored, a transport card Everyday impossible to buy (and more change returned by the vending machine than I paid for the ticket price, plus another bought on the nap), a painful knee (freedom, equality, cruciate ligament, my dear physiotherapist would say), exit at Porta Nova in the direction of a of the key venues of the event: Eurovillage. Hashtag first Eurovision orgasm, and first observation: the city is in Eurovision colors.

Located in the famous Parco del Valentino, Eurovillage is equivalent to ma o meno to a large Eurovision fan zone, a meeting place for euro fans but also for the local public, many of whom that afternoon. On the program: projection of live shows, eurostars, local artists and Italian stars. All for free. It’s the demand from the people?

Walking through Eurovillage is like walking through a sort of Tour de France Start Village by winning the entrance. Long detour to find access, careful search of the bag (hello hello bottles, hydroalcoholic gels – while FFP2 is officially required in closed transport and culture sites – and… external batteries, oh so dangerous for the public),… Until I finally reached the two times, which are much shorter than the access road, which serves a wealth of institutional stands and partner stands (Lavazza, Turin, Piedmont region, EU, etc.) without forgetting THE ONLY ONE, THE OFFICIAL COMPETITION SHOP where you can get t-shirts, tote bags, magnets, keychains, postcards and Loredana Bertè knows what to do the image of The sound of beauty. Not to mention the official program (aka the Bible) and the official CD. In short, a symbolic space, but whose interest is more based on its musical programming, its atmosphere and its principle, than on its non-Eurovision and advertising activities, hardly exciting unless you worry about its free tote bag stamped UE as the trees sacrificed by the Armenian delegation. But great discoveries on stage, such as the indie pop group Legno, which set the mood for the then sparse audience.

18.15 The departure time for Pala Alpitour has arrived. And so much to say the beginning of casino alla turinesiske (organization when you hold us). Change of route, poorly visible bus stops without automatic display, contradiction between the information from the navigation application, the display, the Eurovillage tourist office and the locals,… I would have done better to go there on foot, e.g.

Arrival at 19.30 on the spot and after the fear of the long queue that saw miles (neologism) stretched out on the sidewalk, walk to the gardens for the reunion with Team OGAE France, reunited in the colors azzuro, bianco, rosso and the Alvan and Ahez brand. There were enough of us for this first Juryshow, including a mother and her daughter, with whom we shared the same train carriage from Savoie! The occasion for beautiful meetings, especially around a first Eurovision time for many of us. Suffice it to say that the emotions were strong when we entered the arena and saw for the first time Tea (Sublime little treasure) Sun inside, surrounded by its Italian gardens. Wow effect guaranteed what’s more in this magnificent space hosting the 2006 Winter Olympics.

Mounting in gold square. On the left side of the stage. Something to hear the loud noise of the fountains and turn into a chicken on the edge of the barbecue skewer when the roaring fire appears. Our eurostars and our fantastic trio of presenters on hand who greet us during the breaks (especially Laura and Mika because of their proximity to France). That emotion, sara perche you love.

Unë, ty, tre, ta marrsha! May the Eurovision Song Contest begin! On the menu here Juryshow (as Audrey gave you the report): 2h30 with show, fire, atmosphere, light and mountains and wonders, barely hindered by a sad black and motionless kinetic sun. It must be said that the delegations seem to have had a hard time grasping the matter, what’s more with the scenographic changes that were requested in a hurry. Sun, which we get the joy and surprise of seeing unfold – for the engine has strangely enough been repaired in the meantime – duringinterval act, giving the Eurovision stage an aura we have never known before, all editions combined. A literal masterpiece, unfortunately put on the diet of the EBU, causes e-ga-li-ty of treatment between can-di-dats. Map.

What if I told you about this tonight instead of in “12 point” mode? You’re good to go.

23:30. End of the fake jury vote. An armored tram (but what does it mean for an adopted Parisian, and what does it mean after such a gift), a kebab eaten under the arcades of the Porta Nova district (guaranteed in accordance with Google), an almost ghost of two Norwegian eurofans (who I still confided my appetite to Keith & Jim), and a subway shot. I’m fine here for the year after only two hours of sleep the night before. They also have stars.

PS: in the opening lyrics, did they not pump up the Junior concept a bit with their Italian drone?