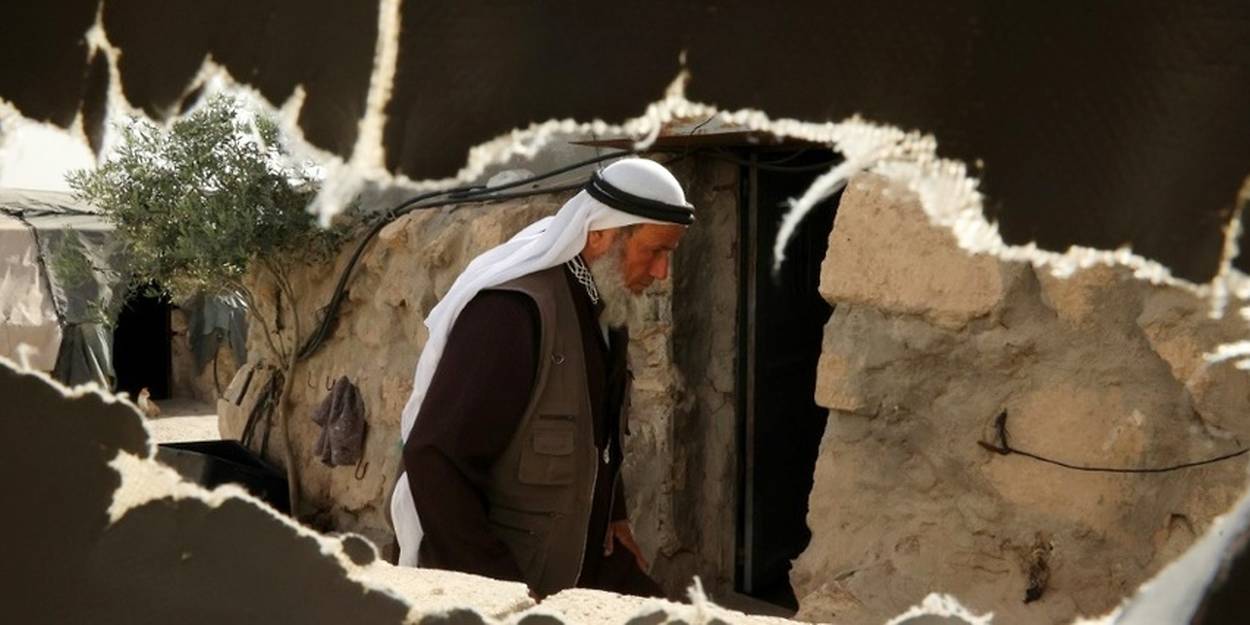 Dor decades, Palestinian Ali Mohammed Jabbarine has lived with the fear of having to leave his village in the hills of Hebron on the occupied West Bank. But a recent ruling by the Israeli courts could finally force him to leave his country.

The Massafer Yatta area, home to a thousand Palestinians in a dozen villages, is the scene of a long legal battle between Israel and the Palestinians.

The Israeli army, which has occupied the West Bank since 1967, wants to classify this sector, already called the “918 shooting range”, as a military zone that has the effect of displacing its inhabitants.

On May 4, the Israeli Supreme Court sided with the military and ruled that eight villages in Massafer Yatta, located in the Judean desert at the southern end of the West Bank, had been within reach since 1980, paving the way for the eviction of its inhabitants.

In the 1980s, the Israeli army declared that these 3,000 acres would become a firing range for its soldiers, arguing that the area was not permanently inhabited.

Residents say they were already there in the 19th century, long before the Israeli army occupied the West Bank from 1967.

First expelled from the area in 1999, they were allowed to return until the Supreme Court ruling.

Judge David Mintz ultimately ruled that the review of aerial photos justified the military and that residents ‘could not prove’ that they lived permanently in the area before it was declared a firing range.

At the age of 60, Ali Mohammed Jabbarine has seen it all in this saga. He grew up in Jinba, a village in Massafer Yatta, when the territory was under Jordanian control before the Israeli occupation, the declaration of a shooting range and the legal battle of the last two decades to try to continue living in his secluded village. .

But today, like other residents, he fears seeing Israeli bulldozers leave the tables to chase them away.

“We have no information about the demolition, it could happen at any time (…) We have nowhere else to go,” he told AFP in front of his one-story shed. room planted on a rocky field where the twelve members of his family live off their harvest and their flocks of goats.

Massafer Yatta is isolated from the rest of the West Bank. The nearest paved road is an hour’s drive away, and only a few houses are connected to the electricity grid, where the Bedouins often also use solar panels.

Its inhabitants have seen Israeli settlements spread around Massafer Yatta.

“The settlers are building hard. The authorities are giving them access to water and electricity, the army is protecting them,” plagues Mr. Jabbarine.

For Nidal Younès, head of Massafer Yatta’s council, there is no doubt now: the decision of the Israeli Supreme Court will lead to the demolition of the villages.

“The inhabitants will no longer have access to their land (…) What the occupation is doing is contrary to international humanitarian law,” he said.

Despite international law, which considers settlements illegal, more than 475,000 people live in Israeli settlements in the West Bank, home to about 2.7 million Palestinians.

For Roni Pelli, a lawyer working for the Israeli NGO ACRI, which defends the inhabitants of Massafer Yatta, the Jewish state has “for years, directly or indirectly, tried to expel the Palestinians from Area C and change the zoning for military purposes. of the ways to achieve this ”.

“They want my land and drive me out of here,” exclaims Ali, who fears having to leave the place where he says he has always lived.