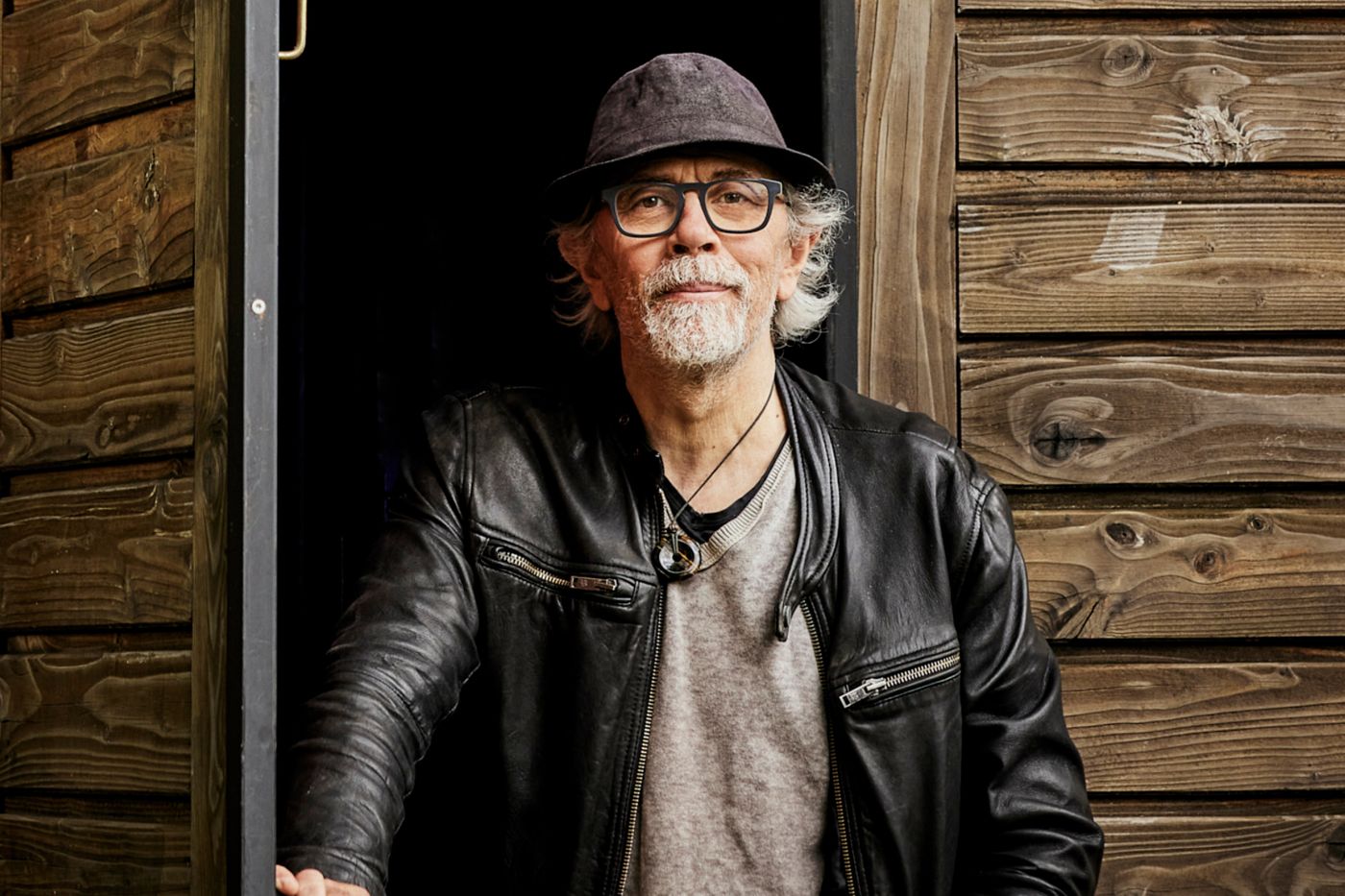 ” They’re beautiful, are they? smiles Jérôme Thomas. After a run, two days before the premiere on Meat and Bones on May 5, six young acrobats and confusers take a break from the daisies on the lawn of Chartreuse Hospital in Dijon. Since December 2020, Jérôme Thomas has pitched his tent in the heart of the green park at this establishment dedicated to mental health. His company, Armo for “Atelier de recherche en manipulation d’objets”, runs workshops there for patients who are also invited, just like that afternoon, to participate in the tests.

” I believe in the local establishment of artistsindicates this great figure of contemporary juggling. Taking a plane to play on the other side of the planet no longer makes sense. An IPCC report in 2019 was the catalyst for this awareness. The artist creates a piece, Let’s dance on accident, who will carry the bulk of the Covid pandemic. But above all, he deeply reflects on the function of the company. “ We will do everything to reduce our CO2 footprinthe sums up. For example, we limit the power of stage lighting to 40 amps. It is interesting to see the resulting aesthetics. »

Even if it means taking the viewer against the grain », Jérôme Thomas dedicates his last show, Meat and bones, to the cause of the animal. ” Furniture animals / meat animals / sad animals ”Recounts the text he commissioned by Aline Reviriaud, narrated by actor Michel Legouis, before making the dizzying count of the billions of chickens, cows and other shrimp that are swallowed by humans each year.

“ I’m not afraid to shake the audience a bit, I think they do tooclaims Jérôme Thomas. I would question the blurred boundary between human and animal, it is a question that affects everyone. I am sometimes struck by the gap between our perception of reality and life as it is. Art offers a form of reconciliation. »

→ Conscience cases. Animal Welfare: Are You Still Going to the Circus or Zoo?

The rawness of the words responds to the carnal fluidity of the body, which the juggler likes to choreograph. ” He cultivates a unique vision of movementcomments Lise Paauton, distortionist and artistic collaborator of Jérôme Thomas on this piece. Jugglers are space mathematicians. Our art, we contortionists, come from within. The combination of these approaches multiplies the possibilities. »

A circus at the intersection of art

Born in 1963, Jérôme Thomas, since his childhood in Angevin, always remembers loving to dance. “ I was an unstable child, and to channel myself, one day my mother signed me up for a circus course during the holidays. “, he says. At 14, he discovers in juggling, which he immediately combines with bodily expression, the field of a” infinite freedom “.

→ REPORTS. Circus without wild animals: difficult to “reinvent itself”

Granting 500 francs in his pocket, placed in a squat, he will then study at Annie Fratellini’s school and will continue to conduct his own research on objects and the mastery of this enigmatic biomechanics of juggling. In 1984, a bronze medal at the Tomorrow Circus Festival opened the doors to cabaret, jazz and show business. He works with several musicians, including Michel Portal, Andy Aimler and Jacques Higelin. With the show arthritishe founded his own company in 1992, by agreement with the Ministry of Culture since 1999. In 2001, he set up Lili Circus, played more than 300 times around the world under the same name, which is now installed on the Chartreuse de Dijon.

In his creations at the crossroads of circus art, modern dance and theater, Jérôme Thomas defends a general art. ” I do not want to talk about myself, but about what brings us together “, he states. Linked to the dissemination of his knowledge – he taught at the Fratellini Academy and at the National Center for Circus Arts – he is also the Executive Director of the Society of Dramatic Authors and Composers (SACD). Commitments that are inseparable from his career as a creator. “When I was little, I heard my father, very left, repeat ‘everything is political’, and I did not understand what he meant, he confides. Today it is clear. »

When he gets tired, flanked by his dog Pantoufle, “Panpan”, who loves to run after cyclists and joggers, Jérôme Thomas goes for a walk in the woods among the trees rustling with life and mystery. And think about this sadhu crossed in India more than 25 years ago, an intense lesson on ” compassion and resilience “.

His inspiration – “Discovering the world of the hospital”

“In recent years, during a few forced stays, I discovered the world of the hospital, and I learned a lot there. I’m passionate about semantics, and I’m struck by the vocabulary’s similarities between art and medicine. For example, we use the same concepts of gesture and transmission. The precision that the operation requires and all the safety protocols put in place for the operations are very close to what we practice in the circus. And then for a year and a half, my company has been based in a hospital center. I strongly believe in these bridges between health and culture, two sectors that are as fragile as they are essential. »