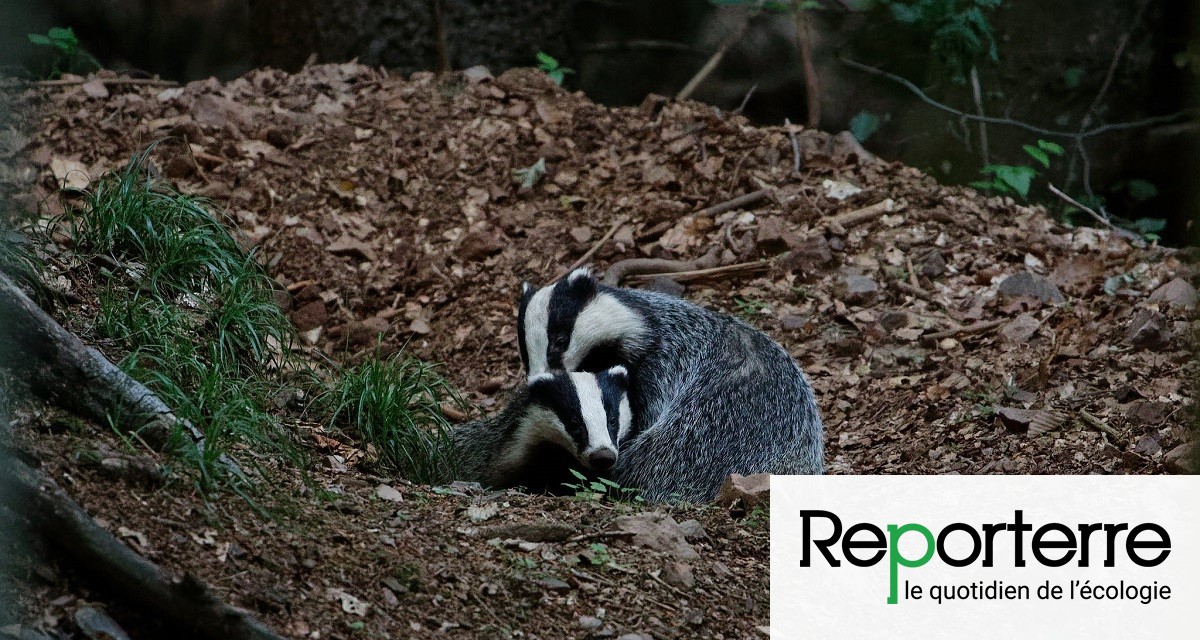 This report is part of our series The Naturalist’s Hike: a Hike to Discover a Unique Species or Environment in the Company of an Enthusiast.

On this sunny afternoon with temperatures well above normal for the season, Aymeric Benoit, 35, browses in his “ oasis » with his dog, Windy: the national forest Rambouillet (Yvelines). Only the passage of a few planes disturbs the tranquility of the undergrowth. In the middle of the ferns, the two friends spot a cave in front of which the ground has been cleared by a mysterious inhabitant. “ The paws are wider than the fox, we can still see the presence of traces of claws. She’s a badger », explains the chairman of the Center for the Study of Rambouillet and its Forest (Cerf78), also founder of the Association for the Conservation of Biodiversity Naturabios and member of the Association for the Protection of Wild Animals (Aspas). The inhabitant of this cave has a black and white head and an elongated snout: it is the European badger. “ Meles meles is the largest representative of the mustelidae family [1] in France – 12 kg on average »specifies a report from Aspas on the mammal. 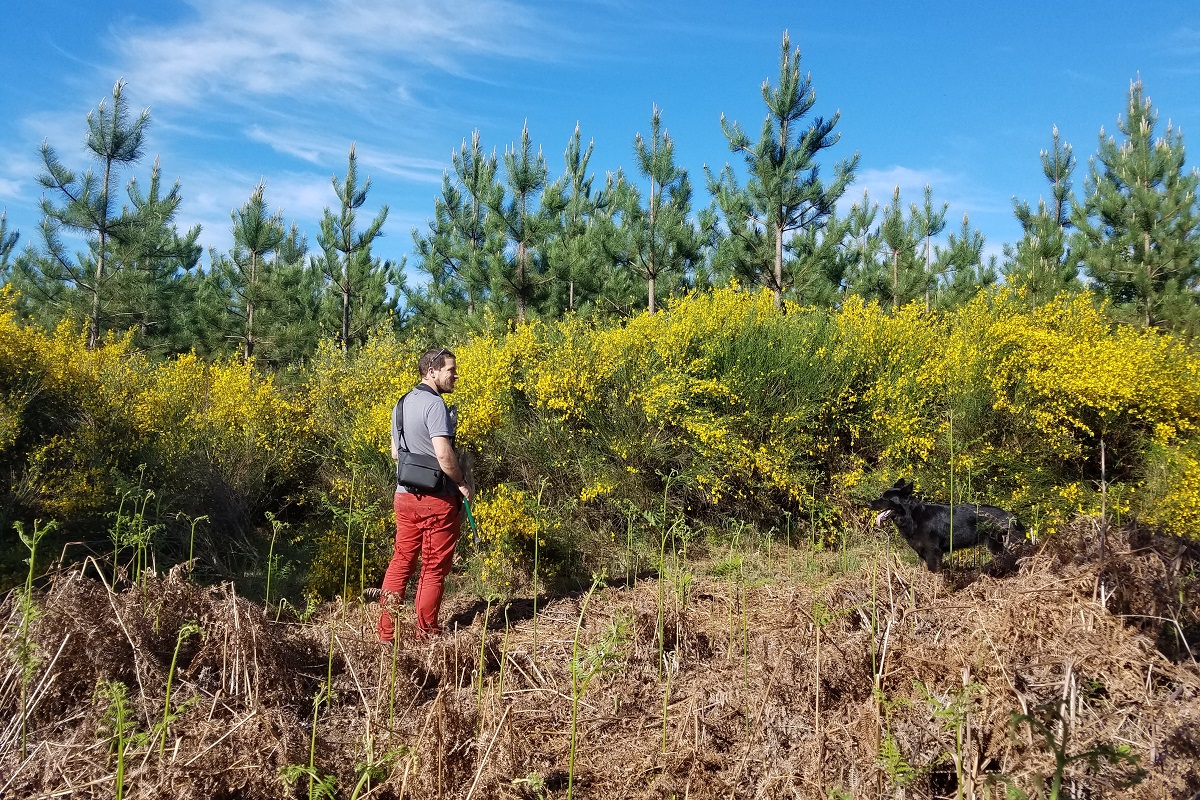 “ After digging their badger boxes on sloping terrain at the edge or in the heart of the forest, they regularly walk around their territory and always walk through the same paths.explains the naturalist. When you enter the forest, you also enter their home, so you need to know how to respect their habitat. » Especially the small paths, the “ flow »which connects the caves of these mammals.

Around 18.00 near the badger fields, a shadow sprang up and disappeared in a few seconds in the bushes. Almost invisible, badgers are nocturnal animals, “ except when they are small because they sometimes go out at the end of the day to play », says Aymeric Benoit. He specifies that this omnivorous lives according to the seasons. “ acorns, berries, remains of dead animals or even small animals found in other caves, such as mice. » To relieve itself, it forms kind “ small jars ». “ It is very clean and tidy », exclaims Aymeric Benoit. “ Apart from the wolf and humans, it has no predators and can easily coexist with its neighbors. For example, badgers share beds with foxes if their habitat is large enough. They tolerate each other without problems. »

The very first World Badger Day, launched by Aspas, takes place on Sunday, May 15th. Objective: to put an end to the destruction of this animal. The Ministerial Decree of 26 June 1987 classifies it in the game category: it can be shot or dug up during the legal hunting period, from mid-September to the end of February. Even from May 15 in certain departments “ while the pups are not yet weaned and still live with their mother »apologizes to Aspas lawyer Manon Delattre.

Among the authorized hunting techniques, underground hunting is practiced “ with a herd consisting of a pack of dogs operated by hunters moving either on foot or on horseback », such as hunting with dogs, according to the decree of March 18, 1982. At the end of the hunt underground, the badger is brought into a corner of its den by the dogs, and then exterminated by hand or by means of pliers. About twenty individuals are slaughtered each year in the Yvelines department. 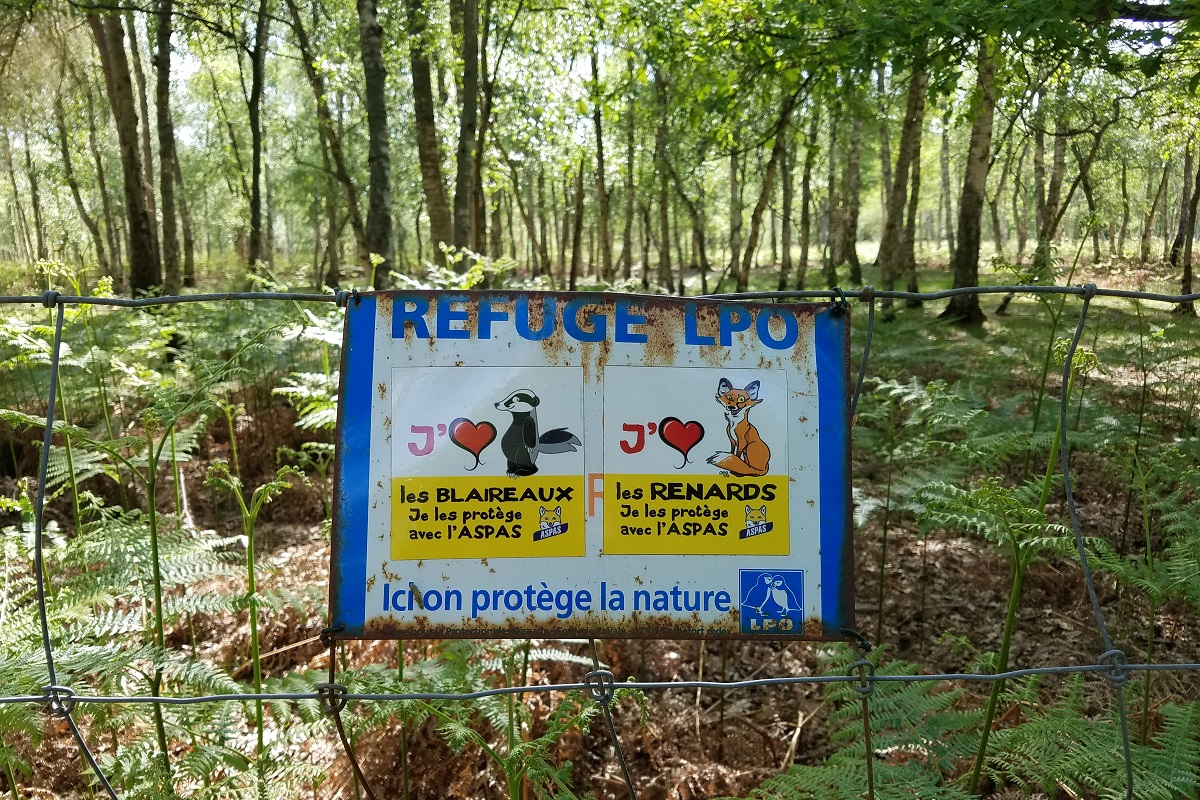 The badger population is weakened. “ They have on average only between 1 and 5 badgers a year. » © Clémence Michels / Reporterre

There is a battle raging between hunters and conservationists over the need to regulate the must lid. Currently, the badger is not classified as a species that can cause harm (Esod), so it is not considered “ harmful ». On the phone, Manon Delattre points it out “ Esod is classified into three categories, two of which are effective under ministerial decrees and one under prefectural decrees. ». Unlike the fox, the badger is not on any of these lists, so it cannot be “ destroy ». 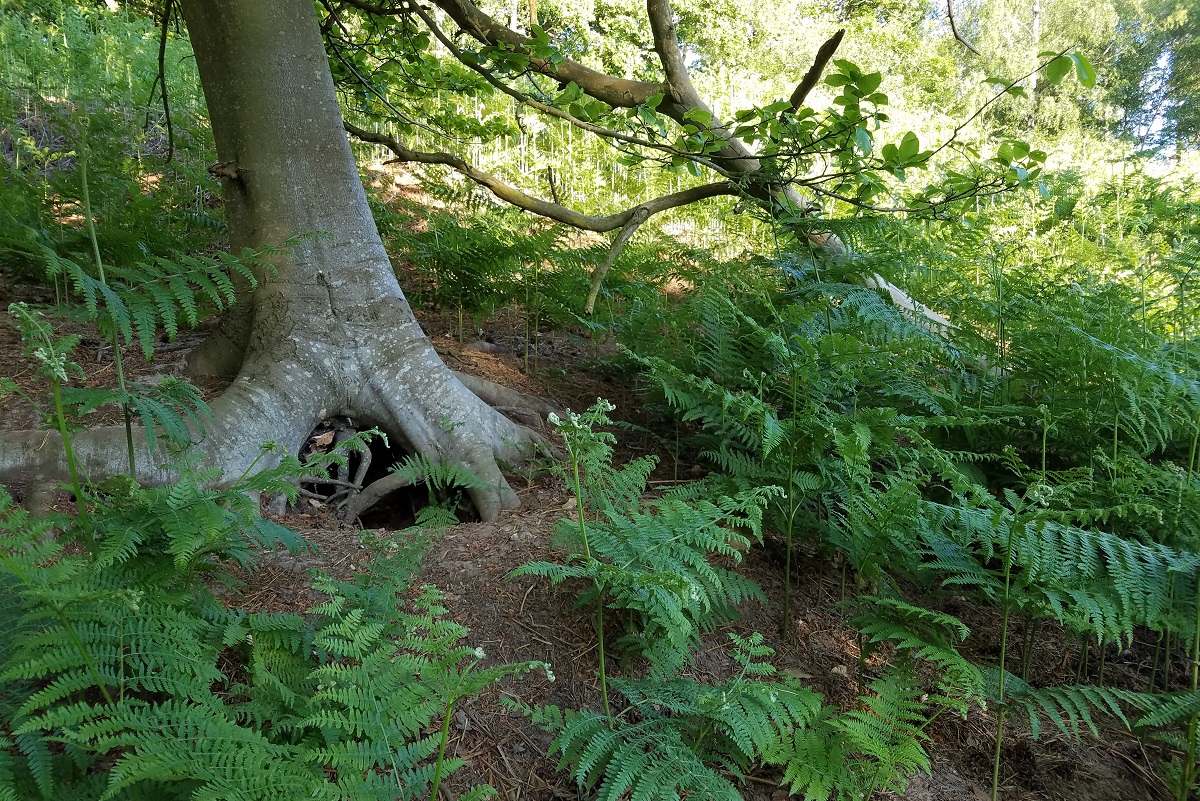 “ Badgers share beds with foxes if their habitat is large enough. They tolerate each other without problems. » Aymeric Benoit

But the badger, “ by behavior and diet », ville “ suitable for causing damage », according to the Interdepartmental Association of Hunters in Île-de-France. That would have caused almost € 4,355.60 in damage to Yvelines by 2020. [2] “ Although there were not even badgers thirty years ago in the region, today they are carriers of diseases such as bovine tuberculosis and the cause of agricultural destruction when they eat crops. », says Stéphane Walczak, technician from the Interdepartmental Federation of Hunters of Île-de-France (Ficif). The latter would have identified problems related to badgers in individuals, companies and at the level of a railway dam in SNCF : “ Galleries dug on the Rambouillet racetrack collapsed as the tractor came by and cut the grass on the track [et] a horse could have broken a leg after the collapse of a gallery. » The association of winegrowers in Saint-Arnoult-en-Yvelines has announced “ recurring damage to their vines in the fall, despite a protective fence »continues the Association. “ We also note that during the processing of the case for compensation for damage to large game, damage caused by badgers is attributed to wild boar. » 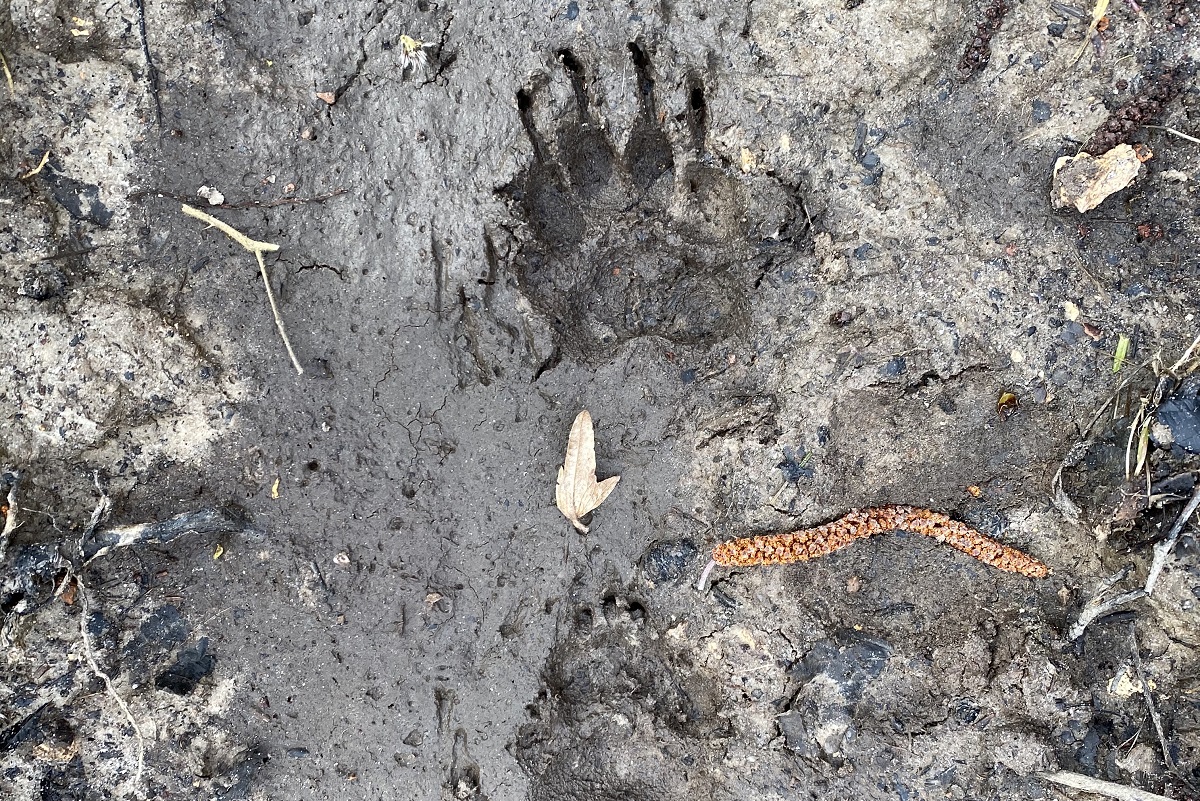 We can clearly distinguish the badger’s pillows and the long claws. It is the largest member of the mustelidae family. Aymeric Benoit

Arguments rejected by environmentalists. Badgers, although susceptible to tuberculosis infection, have very little chance of transmitting this disease to humans, reports Aymeric Benoit, citing a revised collective expert report from the National Food Safety Agency (Anses) on the management of bovine tuberculosis. “ Moreover, as it is a very discreet nocturnal species, it seems difficult to confirm with certainty that the damage is caused by these animals. »continues the naturalist. 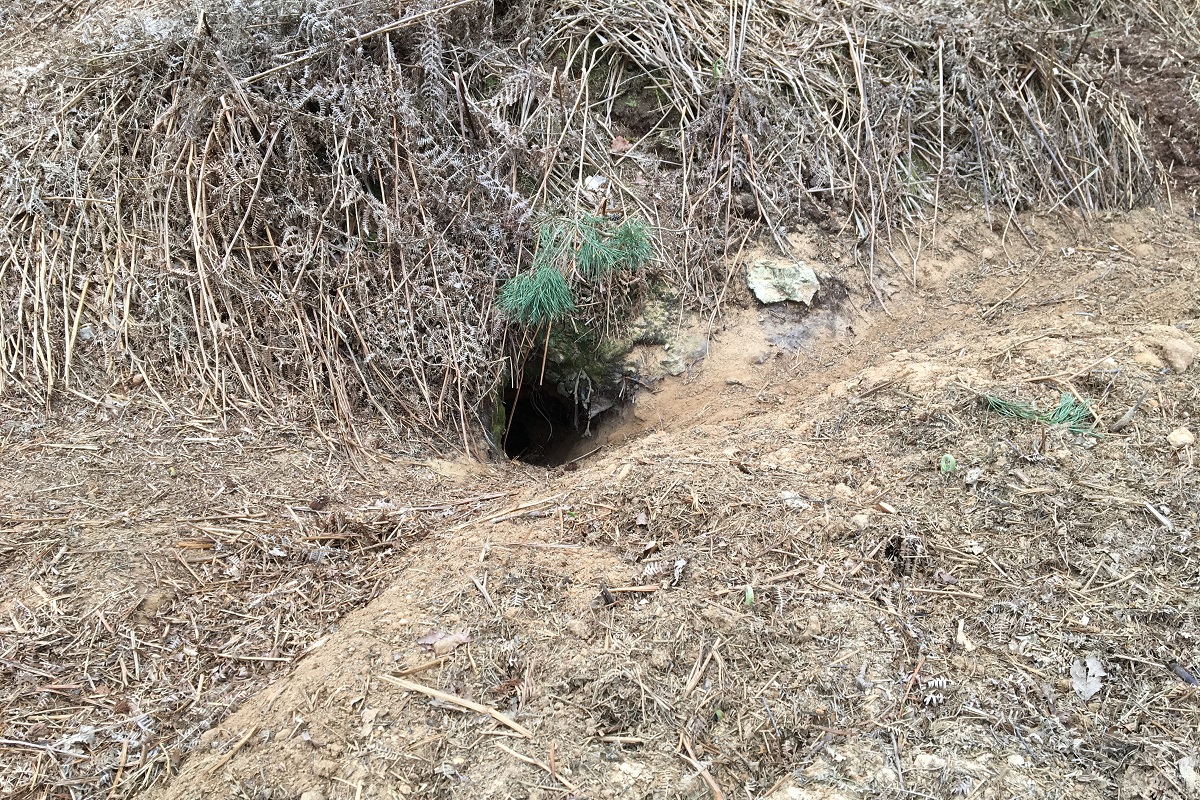 Above all, the badger population would be weakened. “ They have trouble reproducing. The badger’s sexual maturity is two years, and they have on average only between 1 and 5 badgers a year, of which almost half do not survive during the year. », explains Manon Delattre. The mustard lid is also included in the Bern Convention on the Conservation of European Wildlife and Natural Habitats, which entered into force in France in 1990. This means that the regulation of the badger must not call into question the species’ conservation status at national level. Several European countries, including the Netherlands, Belgium, Luxembourg, Denmark, Greece, Spain and Portugal, have decided to fully protect the badger.

According to Aspas, France is still “ only country legally practicing excavation work ». Manon Delattre remains optimistic. In Yvelines, the extra period of underground badger hunting, from mid-May to September, has not been allowed since 2020. “ That’s very good news », the lawyer cheers. And a first step towards increased protection of this inhabitant of the undergrowth ? 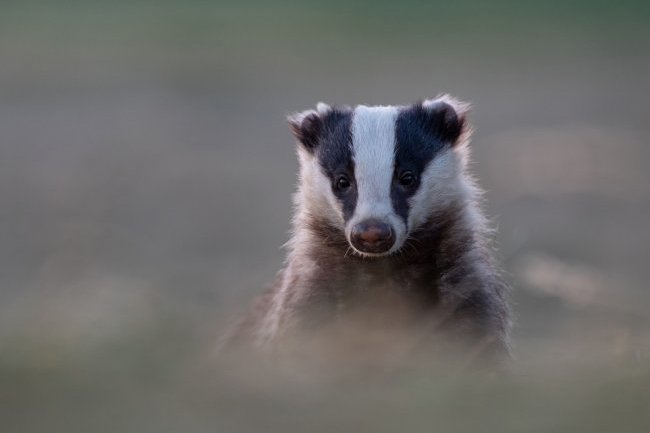 [2] Study conducted in 2020 by the Interdepartmental Association of Hunters in Île-de-France on this animal. The federation states that it could not collect data from 76 % of the region for several reasons, mainly due to the health crisis.

On the same subject

Low, a fascinating way of life between algae and fungi

To the rhythm of the sea, the life of the last lighthouse keepers

Seaweed, crabs and anemones: in Cordouan, the life of the tide bubbles

The mouflon, the beast not from us »Which tamed the Pyrenees

Between the tombs of Père-Lachaise, wildlife

The deer’s plate, an encounter with nature

In the green valley Gilles Clément

Discover the dunes, threatened by tourism and climate change