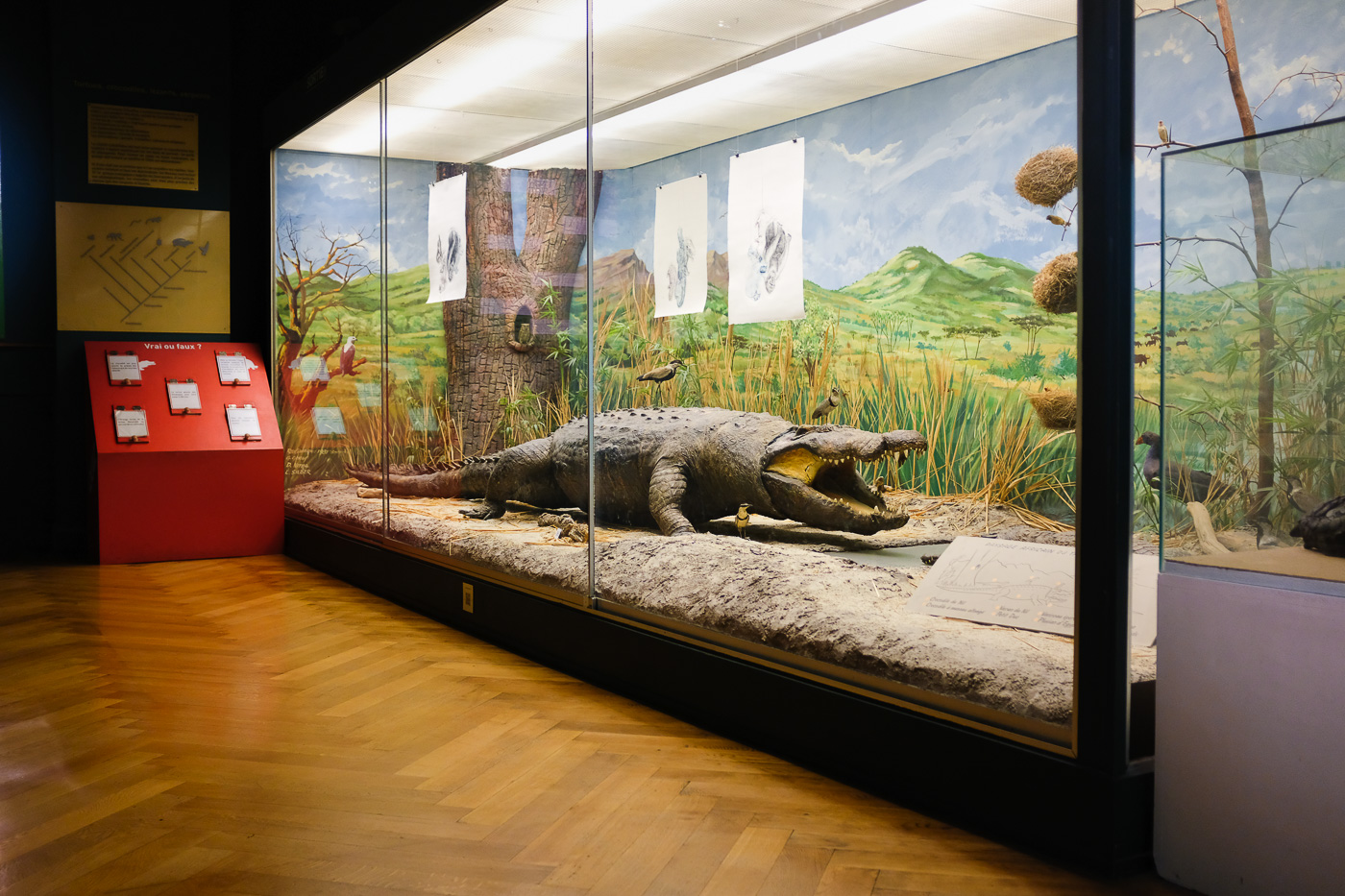 This Saturday, May 14, the Night of the Museums returns for its 18th edition, and as every year, the museums of Strasbourg play night ravens and open their doors for free to visitors. This year, the program highlights animals thanks to the collections of the Zoological Museum, anatomy, but also the research and excavations of Strasbourg researchers in Egypt over the last 150 years!

The Museum Night, organized since 2005, will be held in Strasbourg on Saturday 14 May. An inevitable event that allows you to discover the wealth of objects presented in our museums and discover the world of research in a new light, or rather during a new night. On all three campuses (historic campus, Esplanade and medical campus), tours and events are arranged all night.

Animals in the spotlight!

This year, animals are in the spotlight, and they can be found in several places, starting with the Department of Geology, located at rue Blessig, which hosts The paleontology collection consists of approximately 100,000 specimens. But also at the Adolf Michaelis Museum in Palais U, where the film “The collections at the Zoological Museum come out of the shadows” where one can observe the collections illuminated with a flashlight, will be projected continuously (every 5 min.), in the Daubrée amphitheater.

And for those who want to see them in person, some animals will settle under the starry sky on the planetarium, 13 Observatory Street. It is nevertheless necessary to make a reservation at the following address: jds-reservation.unistra.fr.

Egyptology, admire the beauty of science and bones

On the occasion of the 20th anniversary of Misha (Interuniversity House of Human Sciences – Alsace), a guided tour with more than 150 years of research in Strasbourg in the Thebes Valley (which is now the city of Luxor) is proposed. The university’s Egyptology collection includes nothing less than 6,000 old coins. Funeral masks, vases or funeral statuettes, all the presented objects come from excavations carried out in Egypt. The visit lasts about 45 minutes and registration is mandatory: jds-reservation.unistra.fr.

An exhibition entitled ” Supplementary elements” to be discovered until May 22, including the evening of the 14th where guided tours are offered. Thanks to the collaboration between several laboratories with visual artists, a large course of outdoor works will extend across the Esplanade campus. Originally, Supplementary elements is a four-year program under which Scientists and scientists have worked hand in hand to put science into images. The visit is free, but it is possible to book a tour of approx. 1 hour when registering at the following address: jds-reservation.unistra.fr

On the medical campus, part of the Institute of Normal Anatomy’s collection will exceptionally be open to visitors. The institute is located on rue Kirschleger and the entrance is via the back of the building and on the site, human bones from all parts of the body dating from the late 18th century to the present day.

Nature in all its guises at the city’s museums

All the city’s museums will also be available free of charge throughout the evening. from 19.00 to midnight. Palais Rohan, Alsace Museum, MAMCS, Aubette, events are planned at nothing less than eight seats various. And this year, the theme is for the city’s museums “The desire of nature”.

At the Tomi Ungerer Museum, it will be an opportunity to discover how the artist gave nature an honor in his works. with a visit entitled “The Representation of Nature by Tomi Ungerer in Le Grand Livre Des Chansons” at 7.30pm and 8pm, or “The Representation of Nature by Tomi Ungerer in Jean de la Lune” at 9.30pm. At the Alsace Museum, participants will have the opportunity to discover from kl. There will also be storytelling from 19:30 to 22:30 as well as musical performances by the group Papyros’N.

There will also be lots of workshops to attend, especially at the Palais Rohan, where you can compose your own vegetable crown as in ancient times, in the palace courtyard, from 20.00 to 23.00. Still at the Palais Rohan, but this time at Archaeological Museum20:00 to 23:00 a natural cosmetics workshop will be held as well as a workshop “The strength of the boar”, where participants will be invited to create a medallion from kl. 19:00 to 22:00.

To consult the program proposed by the University of Strasbourg, it’s here and for the city’s museums, it’s that way!