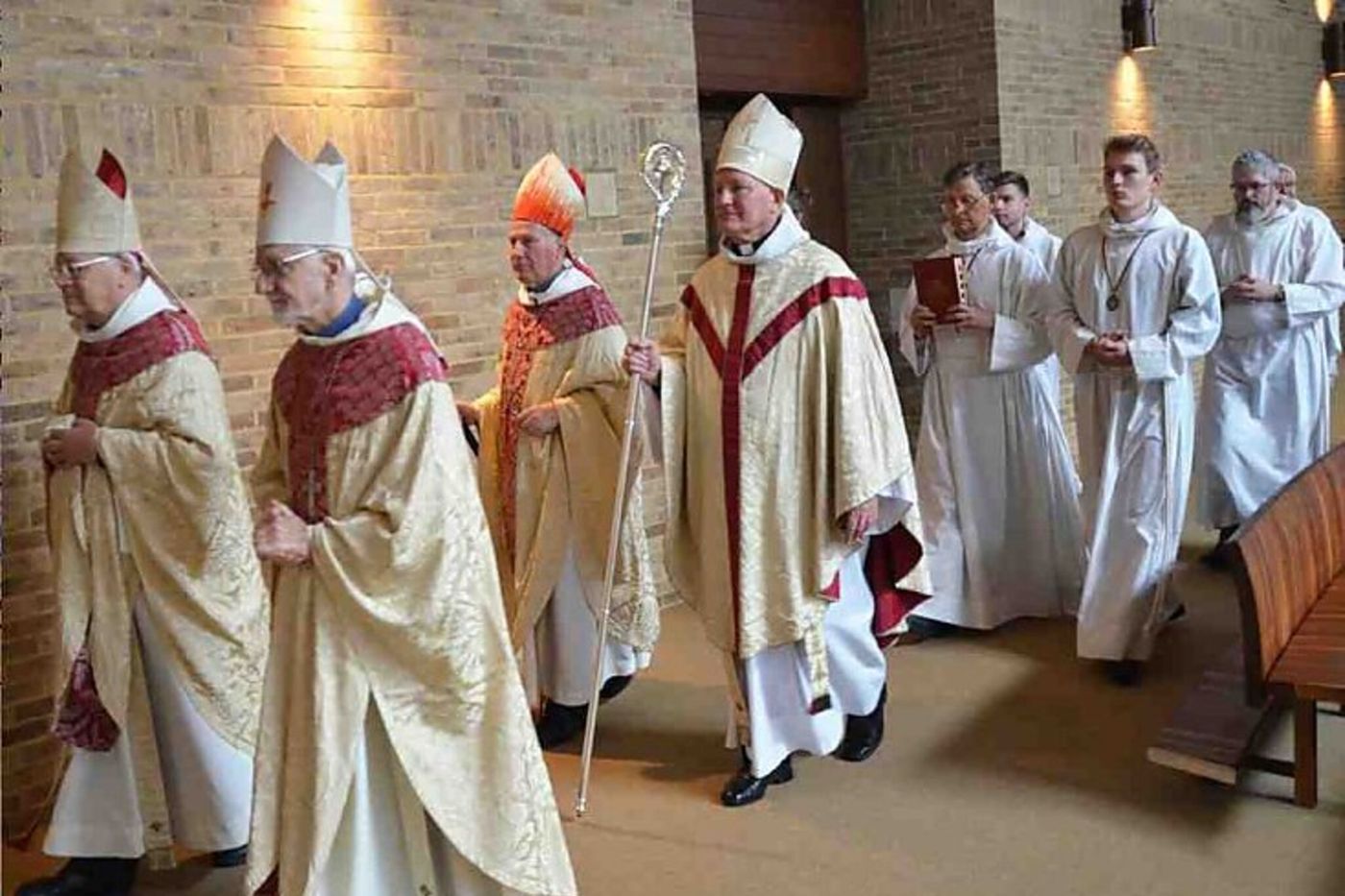 To see him sitting in an armchair here in Rome, in the General House of the African Missions, one assumes that he is a little far from home. Bishop John MacWilliam has lost the habit of the Roman collar he wears today, as well as the silver breastplate that hangs around his neck as a sign of his episcopal office. Since 2017, this former British Army officer has been Bishop of Laghouat in southern Algeria.

→ READ. Jean Castex will go to the Vatican for the canonization of Charles de Foucauld

And if the man who five years ago became the ninth “bishop of the Sahara” is in Rome, it is to attend the papal canonization on Sunday, May 15, by a figure from his diocese: Charles de Foucauld. “To be honest, I did not really know him until I was bishop there”he says in perfect French mixed with the British accent, who with his 73 has never left him. “But I must admit that he and I have a few things in common, he smiled. We are two former soldiers who have become religious and have gone to live in the desert … “

Joined the “White Fathers” at the age of 35

On Sunday, in St. Peter’s Square, the British bishop of the desert will celebrate the canonization with the pope, as will nine other bishops, each representing one of the 10 blessed that day.

Bishop MacWilliam only came in “white fathers” (the other name for the African missions) only at the age of 35, after serving as his father before him in His Majesty’s army. This Westminster native was an infantry officer in Northern Ireland, in NATO offices in Germany, in the offices of the Ministry of Defense in London and in the Sultanate of Oman.

But like Charles de Foucauld a few decades earlier, it was a different calling than the military that gripped him somewhat late. Him who, as a child, after his officer father, had discovered in Sudan and Somaliland “the fervor of Muslims”decided to dedicate his life to it. “As a child, I was impressed with Muslim believers, the way they prayed.” An experience that he relives several times during his career in the Army, such as the day in 1976 when the driver of the young captain he saw was asked for permission to stop the car so he could pray.

“When he got out of the car to pray and turned toward Mecca, I stopped to pray on my part. That day I was struck by the absurdity of the separation of believers while praying to the same God. “he remembers today.

In his diocese, the bishop heads the ten communities “Usually in oases”, spread over more than two million square kilometers – a territory as large as Mexico. Fifteen priests and monks and nuns provide a discreet but real presence there among the few Christians. “On promising days, there are 20 people at Mass! But in general, many pastors celebrate alone.”

“The largest number are prisoners south of the Sahara from prisons in southern Algeria, which we visit regularlyhe explains. Some have been convicted of drug smuggling, counterfeit money smuggling … We do not really know. We do not ask questions. » He pursues: “We must not visit Muslims as it will be considered proselytism which is forbidden. But it is also a testimony to Muslims who see that Christians never leave other Christians alone. »

Because the Church’s presence in this desert region, where faithful Algerian Catholics are almost non-existent, is also due to testimony. “It’s a presence, simply”Bishop John MacWilliam whispers softly, staring at you with his blue eyes.

A small brochure about Charles de Foucauld in hand, the one he had printed in Algeria for those interested in the career of the future saint, he describes the nuns’ actions with disabled children, or even help with duties performed by religious. What does it mean? “He who sent us, Jesus, said to us, ‘Go out into all the world.’answers the bishop. He ordered not to go to avoid certain countries or certain areas, but to go all over the world. So the purpose of being here is to accompany Jesus in the wilderness. »

It is in this spirit that Charles de Foucauld traveled through the region that Mgr. John MacWilliam is now the Bishop of. “In fact, he was inspired by the charisma that had already been developed on the spot by the white fathers, who already in their statute had a ban on proselytism.”

→ MAINTENANCE. “Foucauld pushes the horizon back to its limits every time”

“And if we were not there, he adds, how would the people who live there decide to be Christians? How would they realize that Christians are not, as extremists tell them, crusaders who kill Muslims? » He observes a silence: “And since we’re here, we’re looking for ways to help. Sometimes we can do nothing. Sometimes it’s just greeting people on the street. Nothing more. But it’s already a lot.”