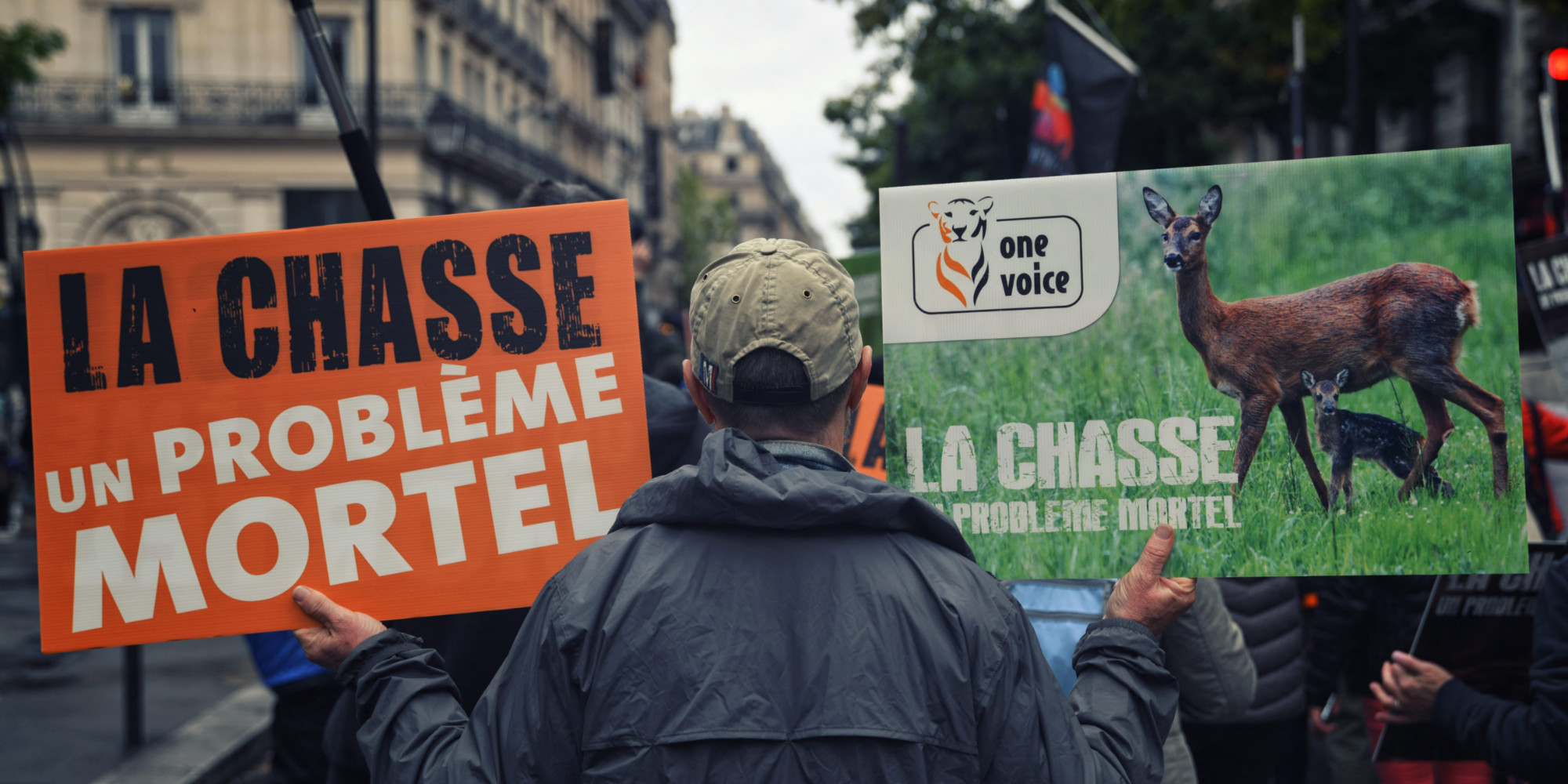 Here is their forum: “Mr President of the Republic. Despite requests from NGOs and unlike many other candidates, you did not commit to animal welfare during the election campaign. On the other hand, you have taken positions that are clearly unfavorable to the protection of animals,” whether it is the question of slaughter without stunning or of hunting.

Your first mandate, under the impetus of parliamentarians from both the majority and the opposition, has given rise to remarkable progress in the protection of wild animals and pets in captivity. However, you have shown complacency towards the world of hunting, as opposed to your discourse on ecology. There has also been no major progress in the condition of livestock, despite your promises to ban the breeding of laying hens in cages or mandatory video surveillance in slaughterhouses.

Your lack of a clear stance in favor of the condition of the animals is reflected in the perception of the French: 68% of them think that you are little or not at all engaged in this issue, even though 81% of the citizens declare that they are sensitive. to the animal question. In the first round of presidential elections, a large proportion of voters chose candidates who were engaged in this topic. Many of them subsequently contributed to your re-election. Their concerns can no longer be ignored.

We ask you to listen to the many citizens for whom this issue is crucial, and to draw up a clear and ambitious roadmap for animal protection. The next five years must finally represent a major turning point in the field. You have also expressed your desire to act more strongly on organic issues. In many respects, however, environmental issues and animal protection are closely linked.

Read also – Hélène Thouy: “This fight for animals, we have decided to make it a political fight”

This is the case with livestock and food: planning the end of intensive livestock farming will ultimately reduce the consumption of livestock products and thus make it possible to significantly reduce our greenhouse gas emissions while inflicting less suffering on the animals. This policy would also make it possible to achieve the goal of greater food autonomy that you demand in France. The current geopolitical situation and the shadow of a major food crisis in certain neighboring regions of the world should make you aware of the urgency of changing direction. In any case, climate change is making these efforts crucial to feed the planet in the long run.

This is also the case in the protection of wild animals. It is no longer possible today to deplore the decline in biodiversity while supporting the demands of hunters arbitrarily and more generally without making important decisions to strictly protect certain natural territories. This is no longer acceptable in the eyes of citizens who are already suffering from the impossibility of enjoying natural space in full security.

Finally, while many of our demands, such as the development of alternative methods of animal testing, may be the subject of consensus and await only real political will, others will force you to choose between divergent interests. This is especially the case with the most cruel hunting and fishing methods, the issue of sharing natural space between hunters and non-hunters or bullfighting. On these topics, it is “at the same time” not sustainable. Just as it is no longer understandable to many French people that a small minority dictates the attitudes of the public authorities against a majority of the will of the citizens. Why, moreover, in these crucial issues, why not more often trust the French to decide, as you recently expressed the will? Why not immediately announce a referendum on these issues?

As for the condition of the animals, as on many others, one will have to listen and act with ambitions in order to restore citizens’ confidence in democracy. Our NGOs will remain vigilant and mobilized throughout this five-year period. In a pragmatic and constructive but decisive way, we want to be aware of having the support of a large majority of citizens. »

Association for the Protection of Animals through Law (APRAD)

Association for the Protection of Wild Animals (ASPAS)

Federation of Struggles for the Abolition of Corridas (FLAC)

The Society for the Protection of Animals (SPA)

The dog my friend

League for the Protection of Birds (LPO)

National Society for the Defense of Animals (SNDA)