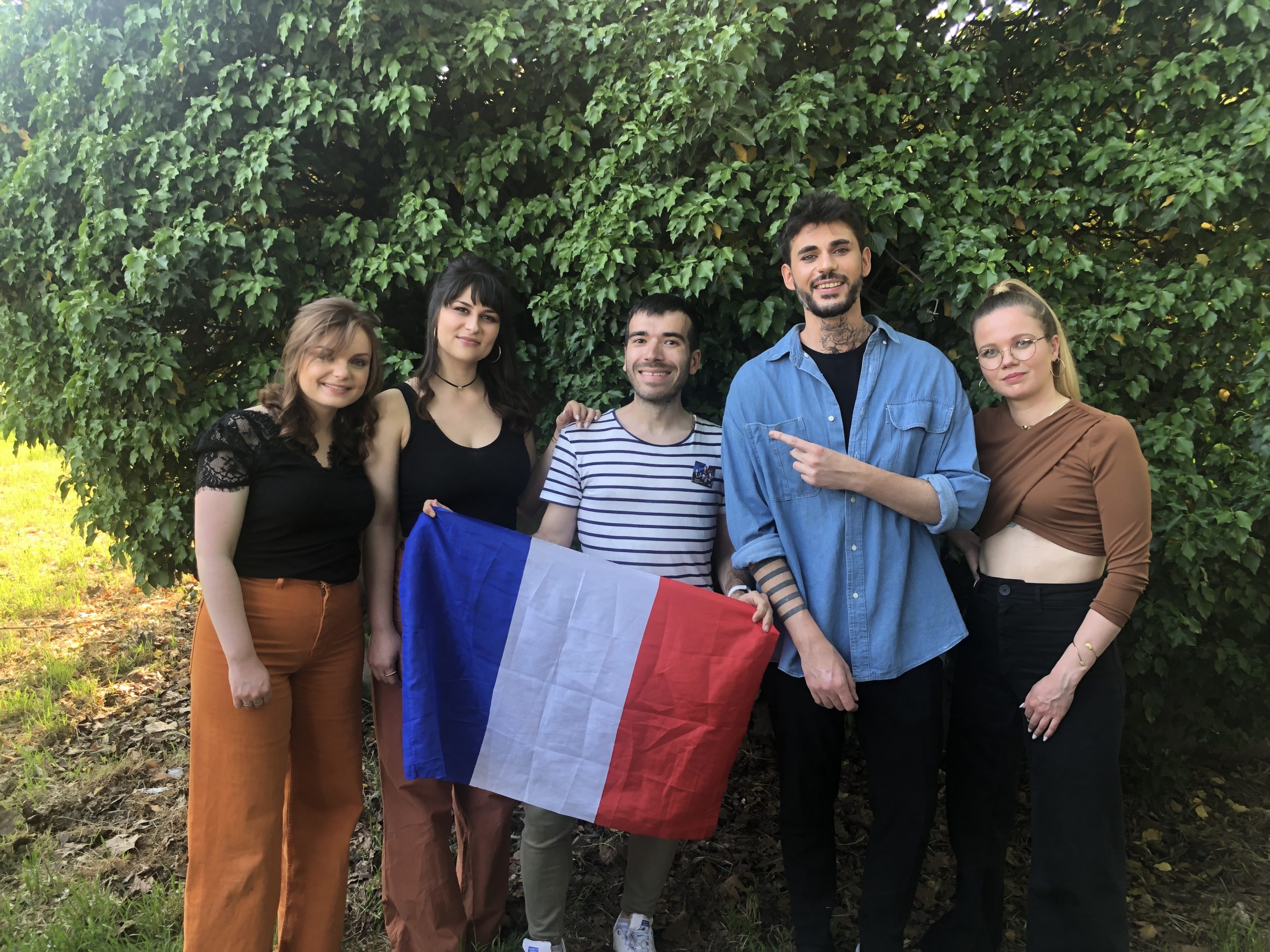 (Yes, I know I’s late for publishing the notebook. Mea culpa in advance, because life in Turin and its adventures – nightly …)

Wednesday, May 11th12 kl. The head in the ass. Three hours of sleep (and more), a travel diary finished at. 5 in the morning, sunglasses happily screwed on my nose, I head out to Puera Nova, weighed down by the summer heat of a Turin magnified by an almost summer sun. New half-day tourism in sight to get back in touch with the reality that last night cunningly crossed my heart with a hidden saber cut with the elimination of who I would be if I were a woman: Queen Ronela. Hush, do not say his name, I’m sick, totally sick. Said in French: its dancers. Makadale in the text.

Map. My head in the clouds I walk along Via Roma, and in Piazza San Carlo I come across the delicatessen Biraghi, whose luster in the windows is toned with the colors of Eurovision. Pins (which I bought to confuse them with magnets), vinyls, discs from previous winners and old editions (prices vary strangely enough from 10 euros to 100 for Kiev 2017 …), so many things that have enough to please eurofans. Of course, needless to say, how much I throw myself into bocca del luppo and that I without any ruin (at the moment) come out armed with six magnets (actually pins) and discs from the 2009 and 2012 editions (or 14?) pre-ordered for Saturday.

Nonchalantly, but surely and in a relatively hasty step, forced by the agenda, I walk past and step into one of the city’s tourist patterns: the Museo Egypt. Two hours of visitation could have easily transferred on four from Paris the richness of the collections of the building and its history in Egypt spread over four levels of extraordinary jewels, from the amulets to the plates as they passed the essential hieroglyphs, sarcophagi and royal statues. . Just outstanding. No word, word, word, word …

A mortadella / truffle butter / olive oil panino in Quadrilatero Romano, time to make a quick stop at Galeria Umberto I (Turin has many of them), a cream croissant swallowed on the way to the metro, where he was heard speaking French, I wrote the discussion to a member of the French delegation: Julian Guttierez, director of the latest adult and junior services and director of Junior 2021. Attend the Hôtel de la French delegation – just two metro stops from my house!

Eh? Would Rémi try …? Quietly! I’m not a baby doll! And then stop with misplaced ideas, huh ‘. Only one of the week’s most anticipated events will take place nearby in a park: the meeting between Alvan & Ahez and euro fans. There were more than a hundred of us who wanted to approach our very friendly, natural and straightforward representatives. Alexis, Marine and the two Sterenns could typically be friends that I could take a drink with until late at night, guitar in the hand of our beautiful Rennes player and bewitched by the voices of our three fairy witches. Our representatives are adorable, sincerely touched by the triumphant welcome they receive from Eurofans and especially hard-working people. Proof of this is their dazzling progress of three months. Between a couple of official photos and videos for broadcast on France 2 (for a call to vote in particular) and the social networks of Eurovision France, Alvan & Ahez lends themselves to the photo game led by Elisabeth and Stéphane C. from OGAE France, our now appointed chief photographers. Small farewell gift: a Fulenn CD or vinyl signed by our four artists whose obviously busy schedule does not allow them to continue forever. Is not life beautiful? Not to forget the small picture with the delegation’s lighthouse: Alexandra Redde-Amiel, its energetic leader, who was especially accompanied by Fred Valencak (Deputy Director of Games, Variety and Entertainment Programs at France Télé), Ludovic Hurel (Press Officer) and Léa Ivanne (Vocal Trainer) .

(And for information, in Breton, shit says to himself koc’h)

The quartet’s departure time has come, and also ours, on our way to Pala Alpitour with our Queen Régine (our Grande Zoa metals from the southwest, more a fan of the Intelligent Music Project than the Bulgarians themselves #TeamSudOuest) and Mickaël (who stood out with his bigoudène adorned with Gwen Ha Du) to participate in the jury’s show in the second half, close and bloody. Exit at Nizza, as indicated in transport. Fatal error: 35 minute walk announced in the heat of Turin. New manifestation of the disorganization of Turin transport and the functional disorganization of this edition. We finally decide to head towards the tram, a bar stop on the way to my first local Spritz. You would have understood it: drink a po in Turin.

19.30. Arriving at Pala Alpitour, filled with Euro fans this time much more enthusiastic and colored with the colors of their countries, with a predominance of Roja and Union Jack, followed by Sweden. Builds bridges, and with English, Irish, Spanish, Swedish we build bridges. Small group photo of France’s team in front of the official logo for Eurovision 2022, then a small beer by the way, because it is thirsty in thirty degrees before it enters the room. Thunder and Lighting get excited …

Three, two, one … YOUR MARSHA! May the Eurovision Song Contest begin! For a semi-final 2 that deserves 12 points:

1- Den You know IM of my Israeli crush, if Ru Paul, so queer

4- The energy of a surprisingly high quality Irish performance

5- The Power of Ochman, Definitely The Voice of Publishing

7- The Czech explosion, very big winner of the applause meter in a room more seated than Monday

8- Our trio of golden presenters (and Tanti Auguri Ale)

9- Il Volo including a covid

11- The astronaut for a voice from space

Two hours of high-flying show that amazed our eyes and ears, everyone thinks on this jury show. So with Manu (Belgian eurofan who came with very colorful suits that were very noticed by the public!), We walked towards the subway where we were talking and talking and we were more than an hour from the room, a believer. to follow the other! We finally end up catching the tram (and a pizza at two o’clock with it), in Eurovision mode, over and over again. For that is what brings us all to Turin 2022 today, a city where Eurovision arouses much more passion among Euro fans than among locals (I will return to this).

From Puerta Nova Station, May 12th.