From the protection of nature to that of biodiversity: a history of debates

Which indicators are best used to protect biodiversity? Should the most fragile species be secured as a priority, or should the most robust be prioritized? Issues that have long been discussed among economists, as explained in this new blog post “Economic Dialogues”.

How do you measure such an intangible concept as biodiversity? One solution is to use indicators, but economists Pierre Courtois, Charles Figuières and Chloé Mulier show that not all lead to the same protection of nature. Those of Calyampudi Radhakrishna Rao and Martin Weitzman lead to fundamentally opposite policies: one proposes to invest in the protection of the most fragile species, the other of the most robust! Is environmental protection above all a matter of views?

This article is from the review Dialogues Economiques published by AMSE.

Gifford Pinchot watches the sun set over Hetch Hetchy’s new water reservoir, torn by complex emotions. Satisfaction because since the construction of the dam, nearly 80% of the population of San Francisco has been supplied with water from the submerged valley.1 Also relief that John Muir is no longer present to see the desecration of this space.

Pinchot remembers his former friend’s indignation:
“A Barrage by Hetch Hetchy!” It can just as well be put in cathedrals and churches to make water reservoirs, for no holier temple has ever been consecrated by the human heart. “2. John Muir, Yosemite.

Contrary to this conservation ethic, Pinchot defends a conservation attitude: a valley, as beautiful as it is, cannot be compared to the value of human life. Thousands of people’s water needs here had to take precedence over nature’s interests. After all, what is the point of preserving a valley if no one is there to enjoy it?

As the last light of day fades and Gifford Pinchot turns around to return home, he has no idea that nearly a century later will still campaign to restore the Hetch Hetchy Valley. His conflict with John Muir will be the breeding ground for an ongoing question: what place for man in nature? 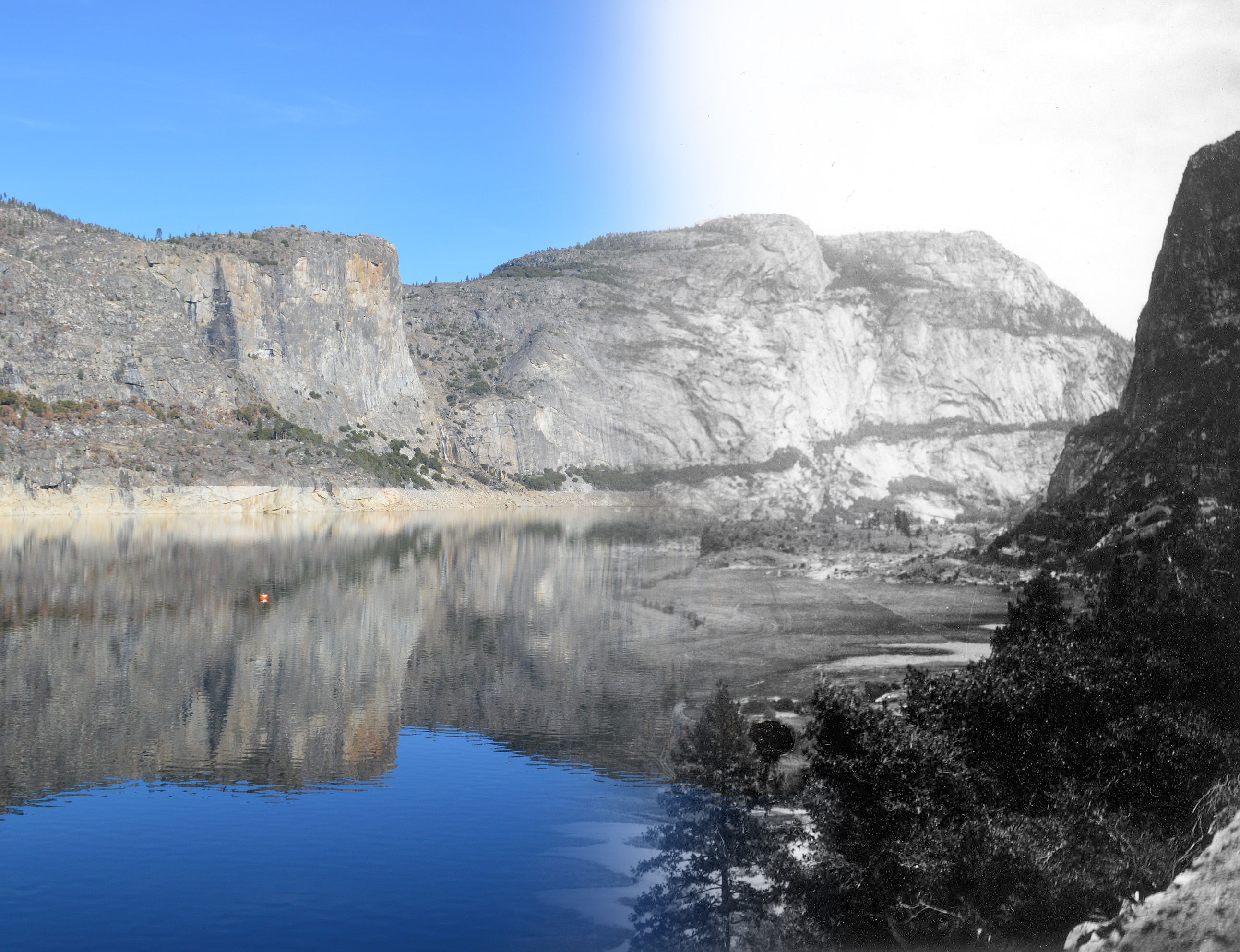 John Muir (1838-1914) is a botanist, author, geologist, engineer, inventor, ecologist, philosopher, naturalist of Scottish descent who emigrated to the United States. Activist for nature conservation, his action has saved Yosemite Valley, the center of Yosemite National Park. Founder of the Sierra Club, he is recognized as the father of the national park system.
Gifford Pinchot (1865-1946) was an American politician. Head of the forestry department or forestry department, he campaigned for a justified use of forests. He was governor of Pennsylvania, and he can be considered one of the forerunners of the concept of sustainable development.

In a meeting room for the third Earth Summit in 1992, more than 178 countries are represented. The conversations cease, a silence descends into the space like a relief. We support the concept of sustainable development. The idea is to utilize resources “to meet the needs of the current generation without compromising the ability of future generations to meet theirs”.3 Has Gifford Pinchot won again?

It’s not that simple. This summit also adopts: The Convention on Biological Diversity4. It begins in the preamble with the following sentence: “The constituent parties are aware of the inherent value of biological diversity”. The value of all nature, therefore, cannot be summed up in its usefulness to humans.

A few years earlier, biologist and entomologist Edward O. Wilson had published the course of a symposium entitled “Biodiversity,” a portmanteau word used for convenience to accompany the birth of a new academic discipline: the ecology of conversation. We are thus slipping from the protection of nature to the protection of biodiversity. Will the extension of reflection in the scientific field make it possible to get out of the ethical debate between conservation and conservation?

There is still an obstacle: the definition of biodiversity remains unclear5 and tools for measuring it are not yet mentioned. 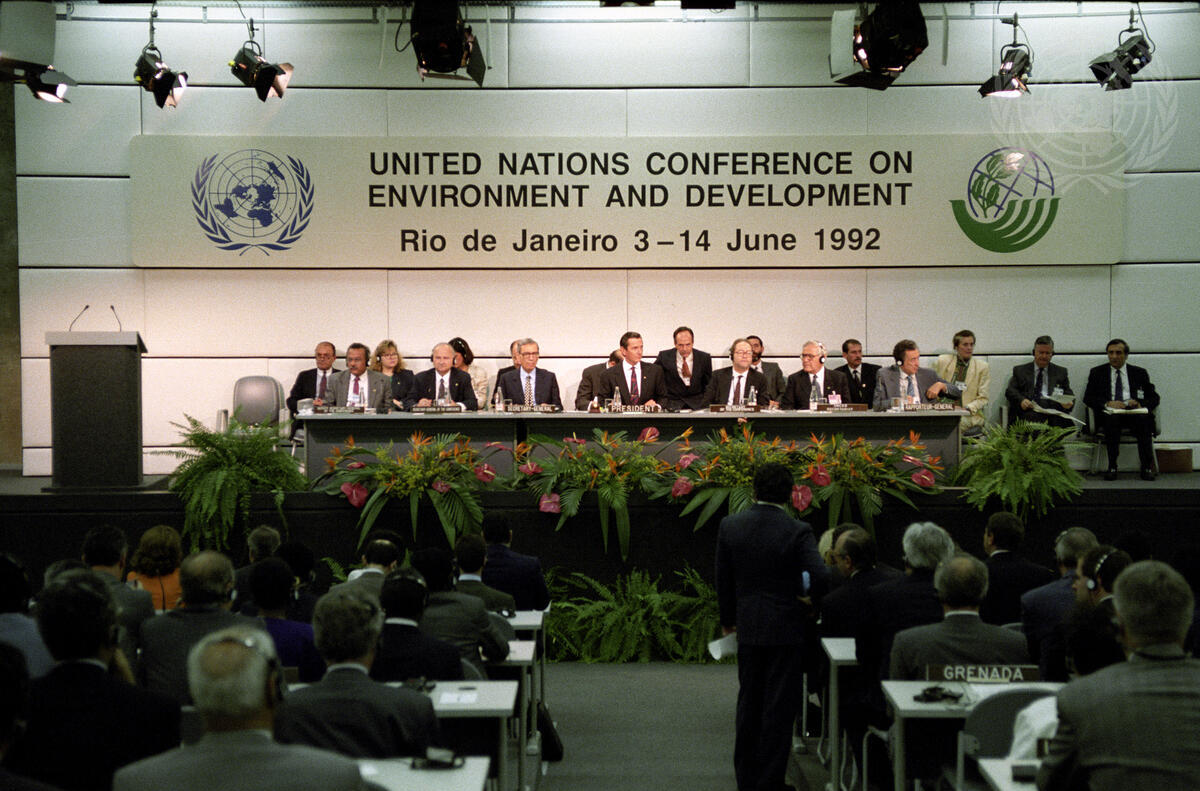 During COP15 for Biodiversity, China and Japan announced more than $ 200 billion in financial assistance to help developing countries preserve nature. It can seem like a lot. However, according to the French development agency’s estimates, not even a quarter of the amounts should be invested each year.6. The limited means implemented to protect nature impose a constraint, to do the best. But how ?

In order to assess the effectiveness of protection methods, it is necessary to be able to quantify their consequences for biodiversity. To do this, scientists turn to all sorts of indicators or clues, which form a different set that tends to expand. This abundance inevitably raises questions. Does the chosen indicator accurately reflect the idea we have of biodiversity? Are they all different goals for the same thing? Do they all lead to the same public policy recommendations?

In their article, Pierre Courtois, Charles Figuières and Chloé Mulier study two of them: the Rao index and the Weitzman index. Calyampudi Radhakrishna Rao (b. 1920) is a recognized statistician who has worked in many scientific fields. Martin Weitzman (1942-2019) is an environmental economist.

These two measurements are part of a family of indices that are based on important information – the inequalities between species – that they synthesize in their own way. Courtois, Figuières and Mulier add another important information dimension: the ecological interactions between species7. And thus they show that depending on whether one or the other index is used, very different results are obtained!

Weitzman’s index is dependent on phylogenetic trees8. Using it sometimes means favoring the most robust species (less threatened with extinction) because it is the way to have a hoped-for tree for as long as possible.

Rao’s index measures the inequality between two randomly selected species. It favors the most fragile species because they contribute more to this inequality.

While it may seem easy to present such and such an indicator to the authorities that govern us, these are not neutral mathematical calculations. They originate from different visions of nature, and they do not exempt their users from questioning their deeper meaning. At best, these calculations shed more light on the issues of human intervention. Chase the philosophy out the door, it comes back through the window …

1. San Francisco Water Power Sewer, “Frequently Asked Questions About Hetch Hetchy Reservoir and the Regional Water & Power System”, 23/08/2013: https://web.archive.org/web/20130823002441/http://sfwater .org / index.aspx …
2. Muir, John. Yosemite. La Vergne: Antiquarius, 2021. Translation by Aurore Basiuk “Dam Hetch Hetchy! One can just as well dam people’s cathedrals and churches for water tanks, for no sacred temple has ever been consecrated by the human heart”
Bergandi D., Blandin P., 2012, “From Nature Conservation to Sustainable Development: The Genesis of an Ethical and Political Oxymoron [*]”, Revue d’histoire des sciences, 65, 103-142.
4. Convention on Biological Diversity, United Nations, 1992
5. “Biodiversity: The variability among living organisms from all sources, including terrestrial, marine and other aquatic ecosystems and the ecological complexes of which they are a part; this includes diversity within species and between species as well as ecosystems Convention on Biological Diversity, United Nations, 1992
6. LEXPRESS.fr with AFP, “COP15 biodiversity: what to remember from the” Kunming Declaration “”, L’Express, 16/10/2021
7. Biological interactions can be very different: predation, symbiosis, competition …
8. It represents the expected length of the phylogenetic tree contained in a set of species